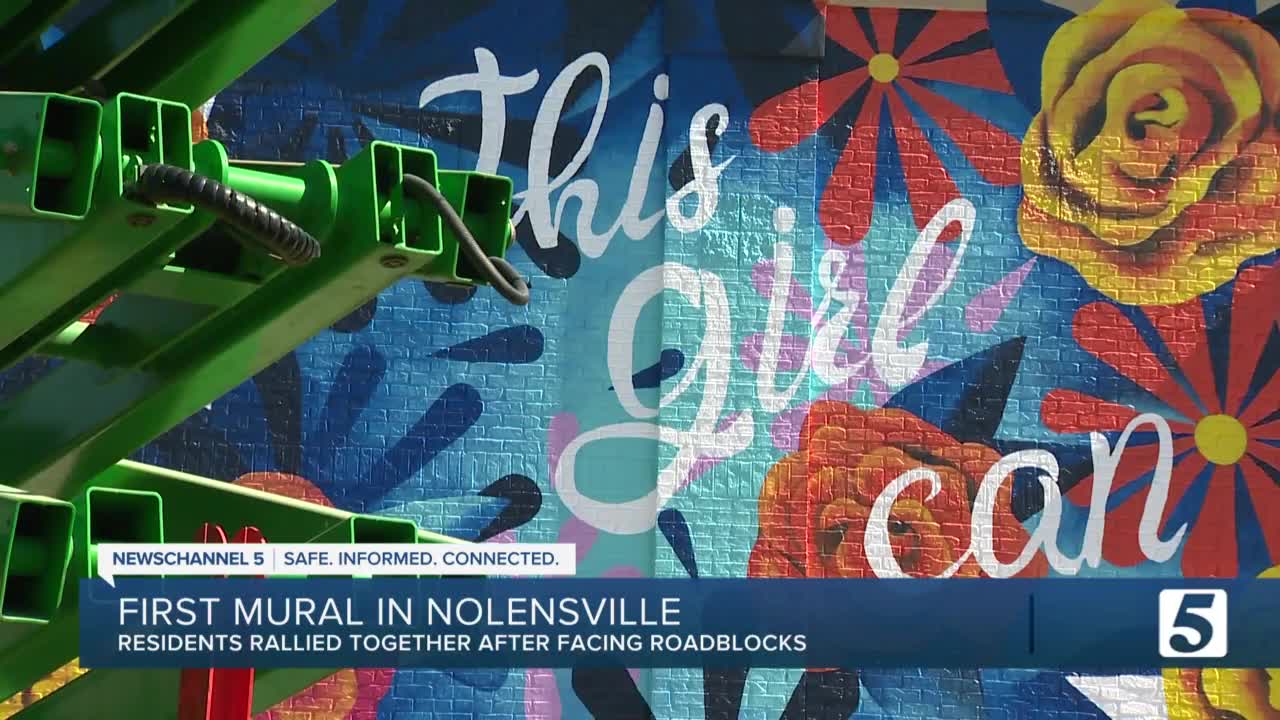 Residents in Nolensville have more of a reason to take pictures thanks to a newly completed mural. 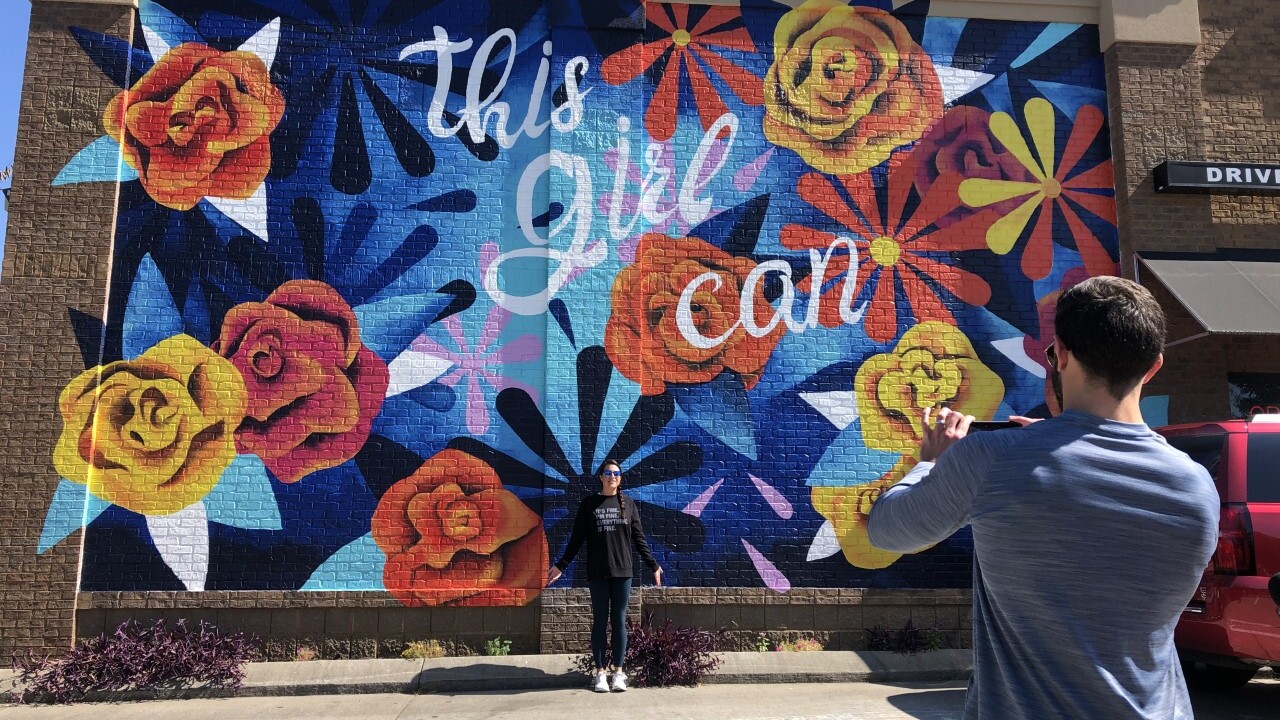 NOLENSVILLE, Tenn. (WTVF) — Residents in Nolensville have more of a reason to take pictures thanks to a newly completed mural.

Artist Kim Radford finished the first mural in the city last week located on the side of Mama's Java Cafe on Sheldon Valley Drive. Her work "This Girl Can" was one of seven murals created in other cities across Tennessee as part of the project Walls for Women.

Female artists were invited to join the project spearheaded by the nonprofit Do More Art Events (DMA) to celebrate the ratification of the 19th amendment.

Debbie Brown and Ross Muirhead of the Nolensville Economic Development Advisory Committee wanted to be a part of the statewide mural installment to help revitalize and draw more people to the community, particularly the historic district. They hoped to get funding and approval from the Historic Zoning Commission but instead, the plan was denied.

Muirhead said there were challenges along the way, which included concerns from local officials about whether the mural would be the right fit, money and providing the artist free reign.

"It makes Nolensville a little brighter place in my opinion," Muirhead told NewsChannel 5. "Change is hard but progress and movement in the right direction is really what it's all about."

Williamson County Commissioner Beth Lothers supported the project and vouched for the idea in front of other commissioners. However, plans fell through after officials said the original design was changed abruptly which would mean having to go through an approval process all over again.

"The County had come up with a location and late-filed resolution for approval of the two images presented by local organizers along with the approved fact sheet provided to County Commissioners. When the image changed at the last minute, the new image would have to go through the approval process again, with the County being the property owner of a public building. I am personally thrilled that this third new image found a home where it did, and hope it will draw tourists to vibrant, historic Nolensville," Lothers said in a statement.

Brown took a different direction by launching a Kickstarter campaign to raise the $7,500 needed to complete the mural. She had 93 donors from the community, including many business owners, contributed $11,000 in less than three weeks. The excess $3,200 was donated to a local nonprofit in Nolensville.

The group was able to move forward with the mural by raising the money and finding a new property owner in a different location outside the historic district who approved of the mural. The owner of Mama's Java Cafe reached out to building owner Kunal Patel who was supportive of Walls for Women.

“My wife and I are fond of the arts and we thought this would showcase a message that will resonate today and that it will give Nolensville its first mural and encourage others to bring more art into town. It’s something that can bring joy to people but create some positive impact in the community as well," Patel told NewsChannel 5.