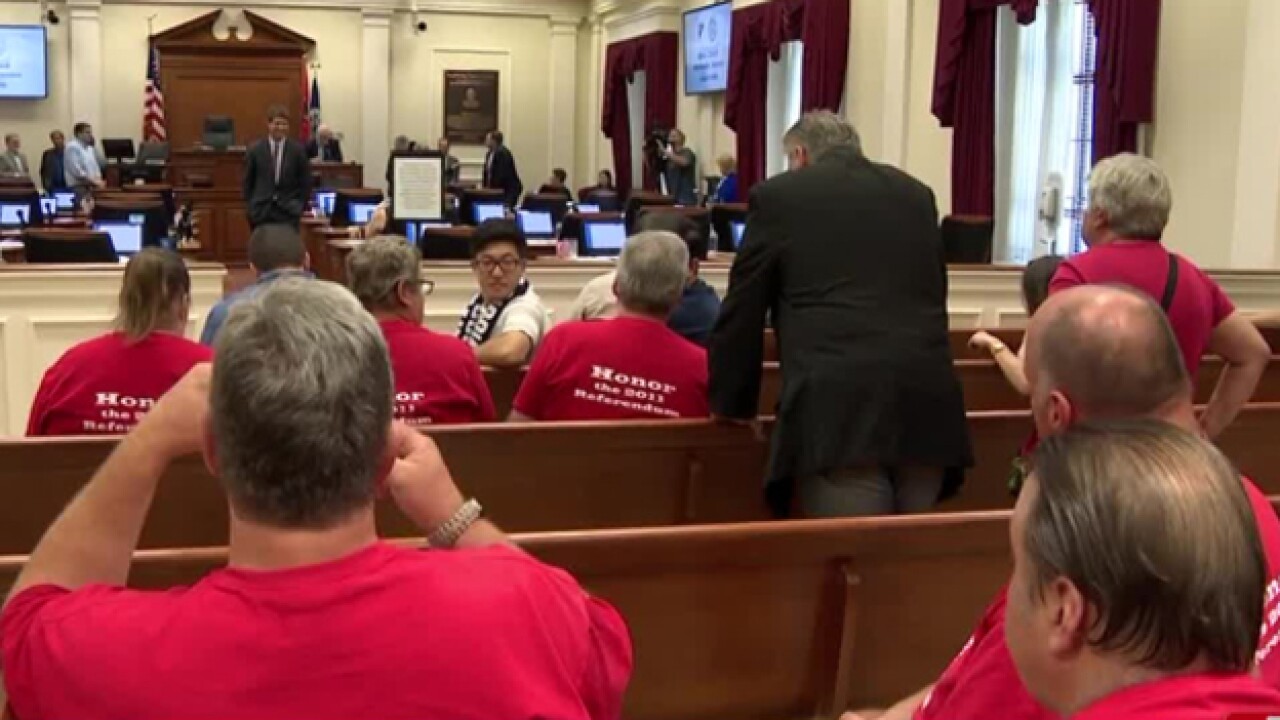 John Cooper and Tanaka Vercher filed two resolutions that will seek a public referendum on the stadium project, which is planned for the fairgrounds.

One will let voters decide whether to issue $275 Million in bonds to make way for the stadium, as well as approving a 10-acre lease.

The other resolution would let voters decide on the bonds only and not the lease. Metro Council will likely take up those resolutions on Tuesday.

The last minute referendum push comes after months of controversy surrounding building the stadium at the fairgrounds.

These resolutions aside, Metro Council would still need to pass three separate measures to advance the project.