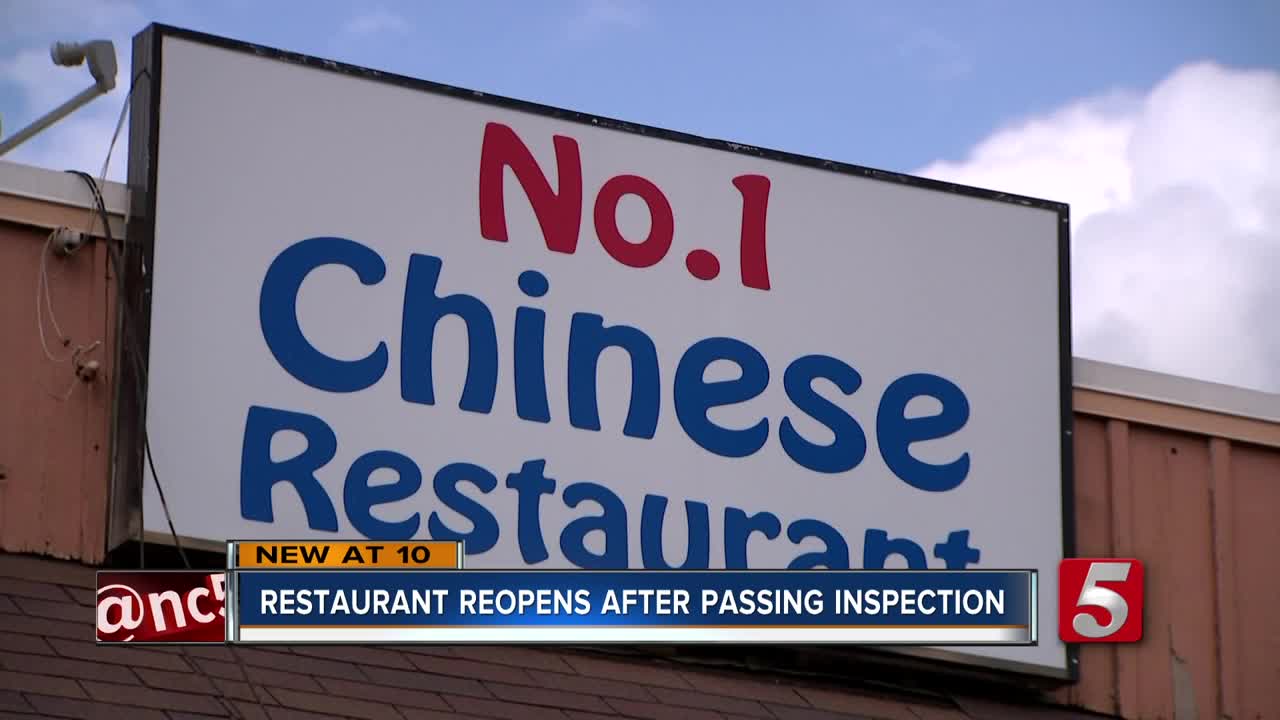 A restaurant in Old Hickory was shut down by the health department after videos circulated on social media allegedly showing employees washing kitchen equipment in the lake. 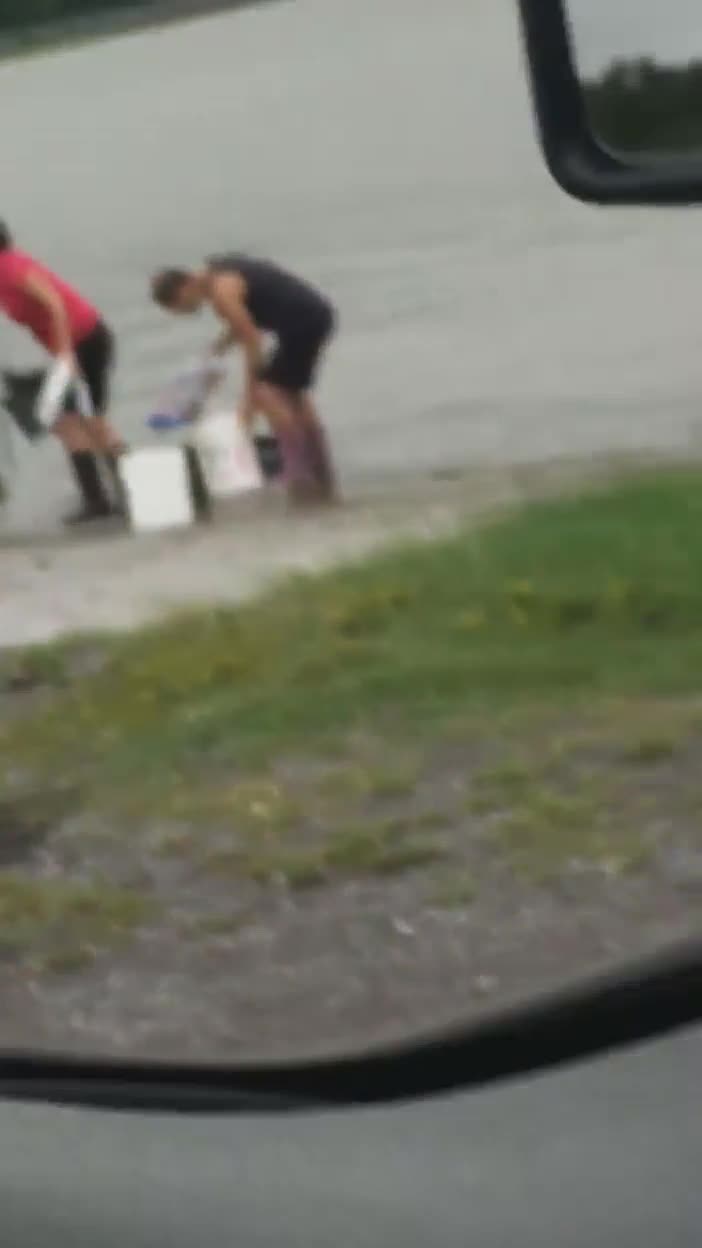 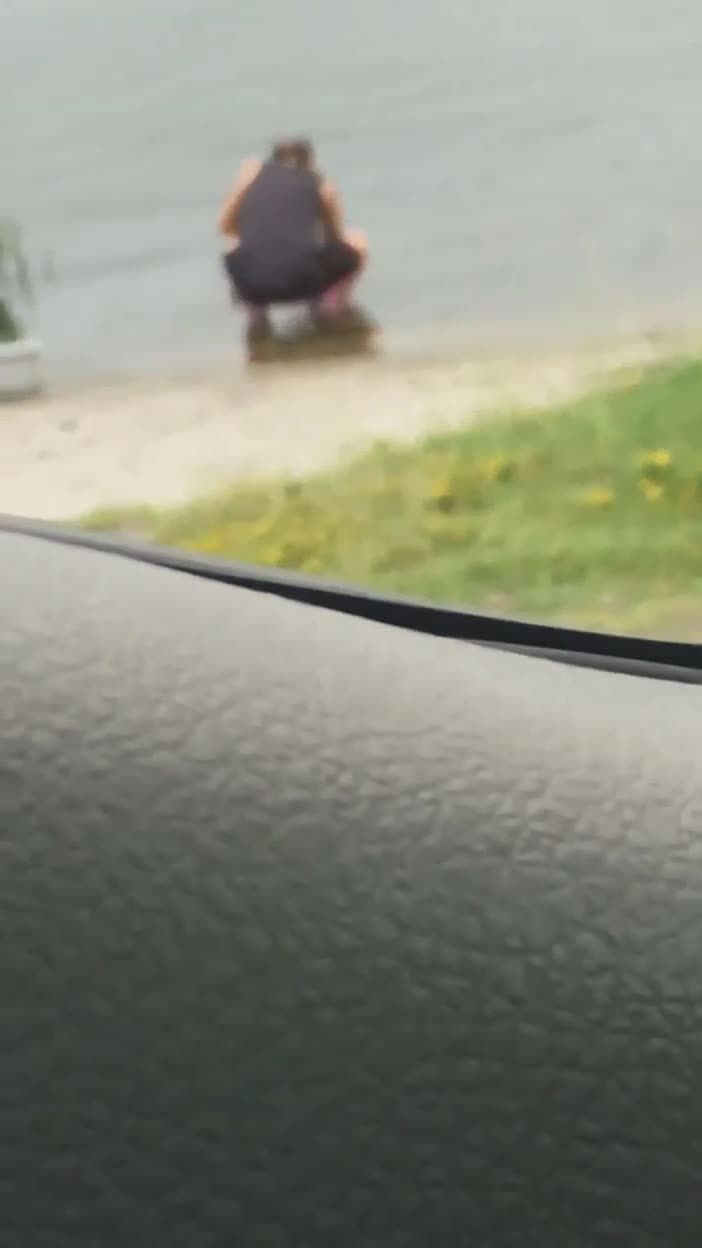 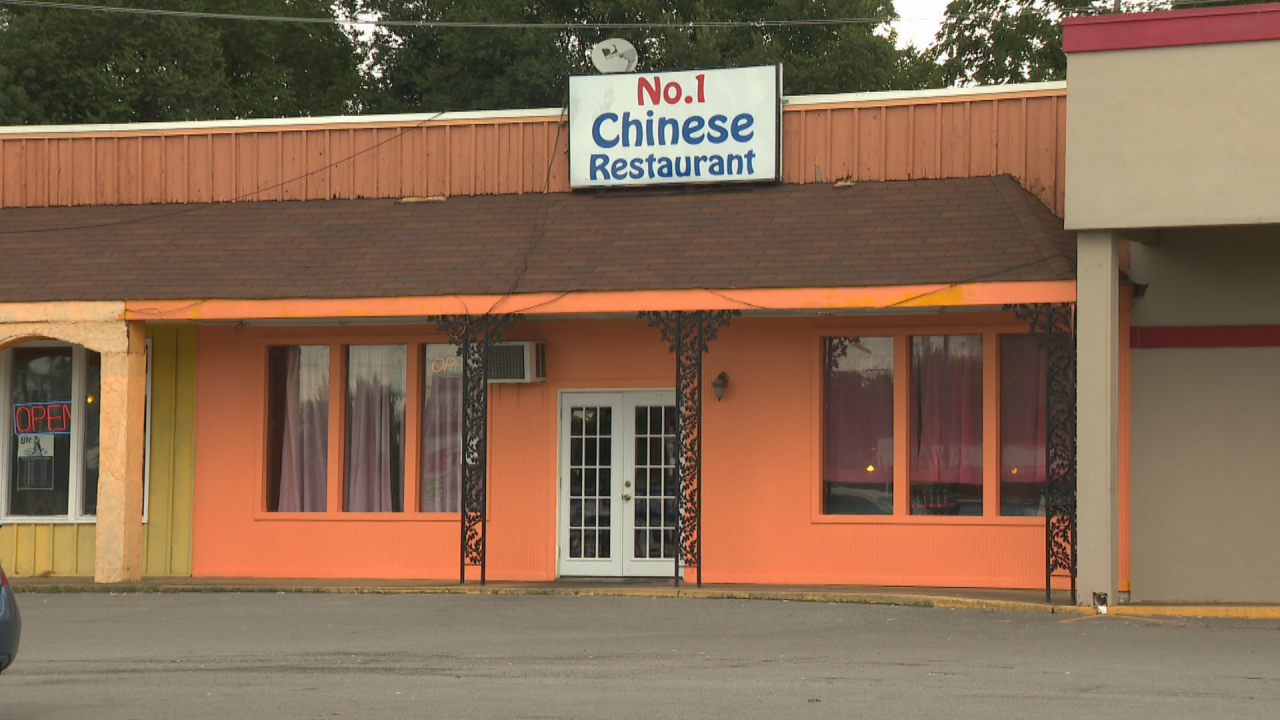 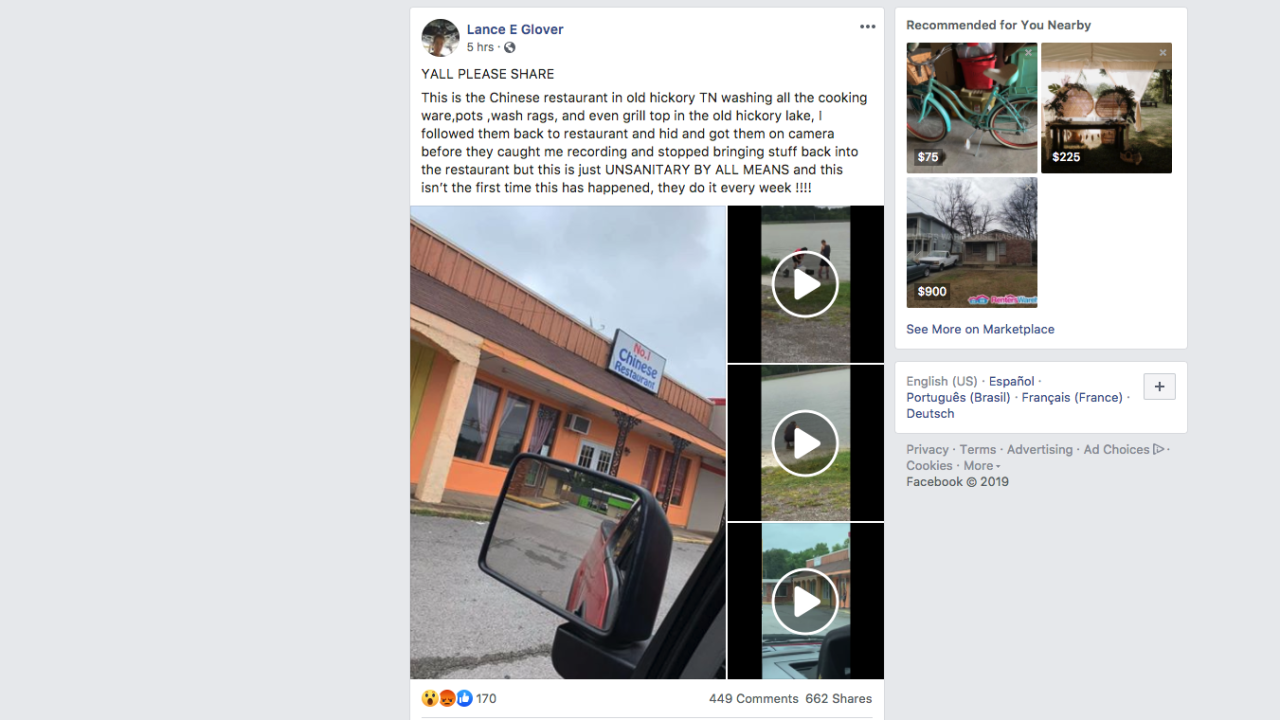 NASHVILLE, Tenn. (WTVF) — A restaurant in Old Hickory reopened hours after being shut down by the health department after videos show employees washing kitchen equipment in the lake.

The Facebook post says employees at No. 1 Chinese Restaurant on Robinson Road washed various cookware such as pots, a grill top and rags in the water at an Old Hickory Lake boat dock.

The health department was made aware of the video Tuesday morning, and an inspector quickly went to the restaurant to investigate. The restaurant was immediately closed when inspector arrived due to a potential health hazard.

"Their explanation was it was a drain that collected a lot of grease, and they wanted to wash it somewhere where that grease wasn’t going down their drain," said Hugh Atkins, Director of Bureau of Environmental Health Services at the Metro Health Department. "It's disturbing to see something like that."

The restaurant was ordered to wash and disinfect all food prep surfaces and equipment before it was cleared to reopen. An inspector will on site until that process is complete.

The restaurant operator was also issued a citation. The restaurant was able to reopen just after 6:30 p.m. after they met all of the requirements from the Health Department.

"If customers see that restaurant open, that means we’ve addressed this issue to our satisfaction," said Atkins.

The Metro Health Department confirmed the restaurant passed its most recent inspection, which was in July. There have been no reports of any illnesses tied to health violations.

News that the restaurant was forced to close came as a shock to some regular customers.

"I’ve never gotten sick from the food here," said Heather Williams, who has visited the restaurant regularly for more than three years. "It's clean. I've never had any problems."

However, another resident, who preferred to remain anonymous, also shared videos with NewsChannel 5 of restaurant employees washing equipment in Old Hickory Lake. He said he had witnessed the employees in the lake multiple times over the last year.

No restaurant employees wanted to comment on the situation. One simply said "they passed the inspection," and they planned to be open regular hours in the coming days.

Editor's Note: A previous version of this story said the restaurant scored an 89 after a health inspection. This was the score given to the restaurant after the Health Department's unannounced inspection on July 22 2019. Restaurants are given the opportunity to improve a score in a scheduled inspection. No. 1 Chinese received a 98 in the July 26 2019 follow-up inspection.