Retiring Sen. Corker, a Trump foil, has no idea what's next 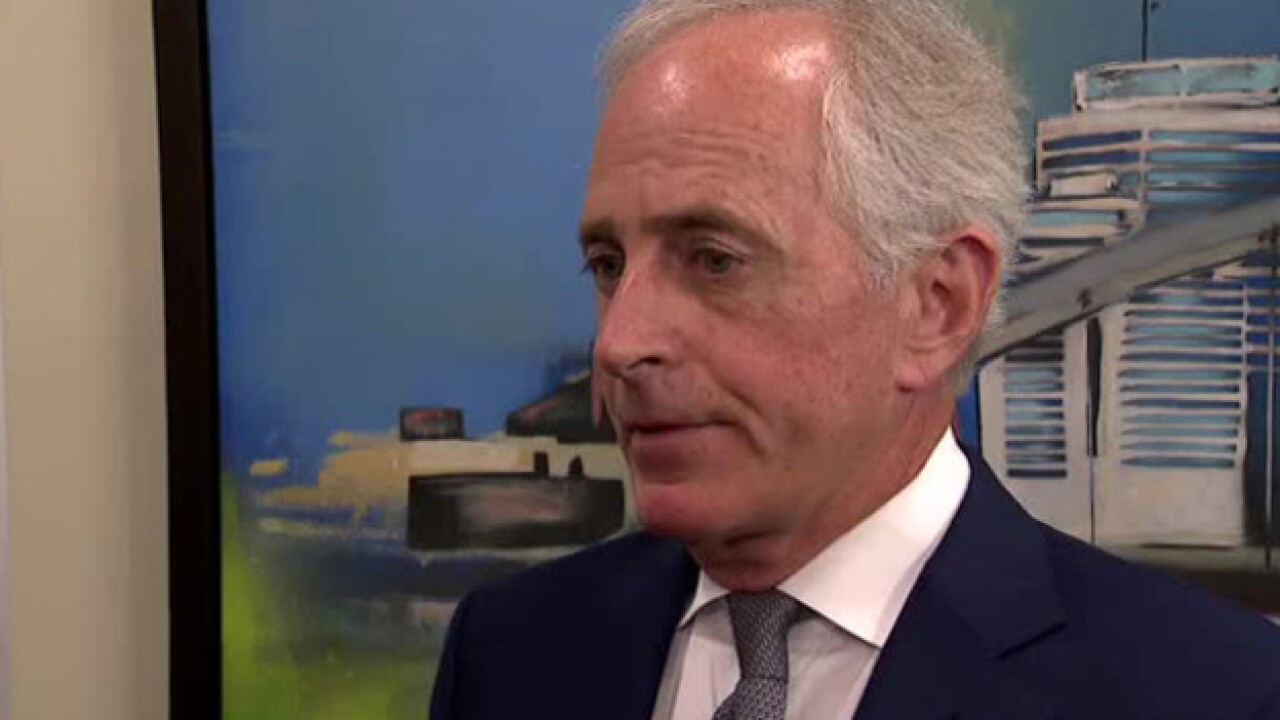 NASHVILLE, Tenn. (AP) — Republican Sen. Bob Corker of Tennessee says he'll jump in his car next month when his term is finished and drive home from Washington.

He insists he's got no idea what's next after that. That's despite lingering questions about whether the retiring senator will challenge President Donald Trump for the 2020 GOP nomination.

Corker hasn't ruled out running, but says he shouldn't be listed as "strongly considering."

Corker told the AP the GOP has been about fiscal conservatism, free trade and global leadership, but it's in a different place now. He said he doesn't know if someone should face Trump to tout those principles, but should probably run because they think they can win and want to be president. He said he shouldn't be put in that category yet.