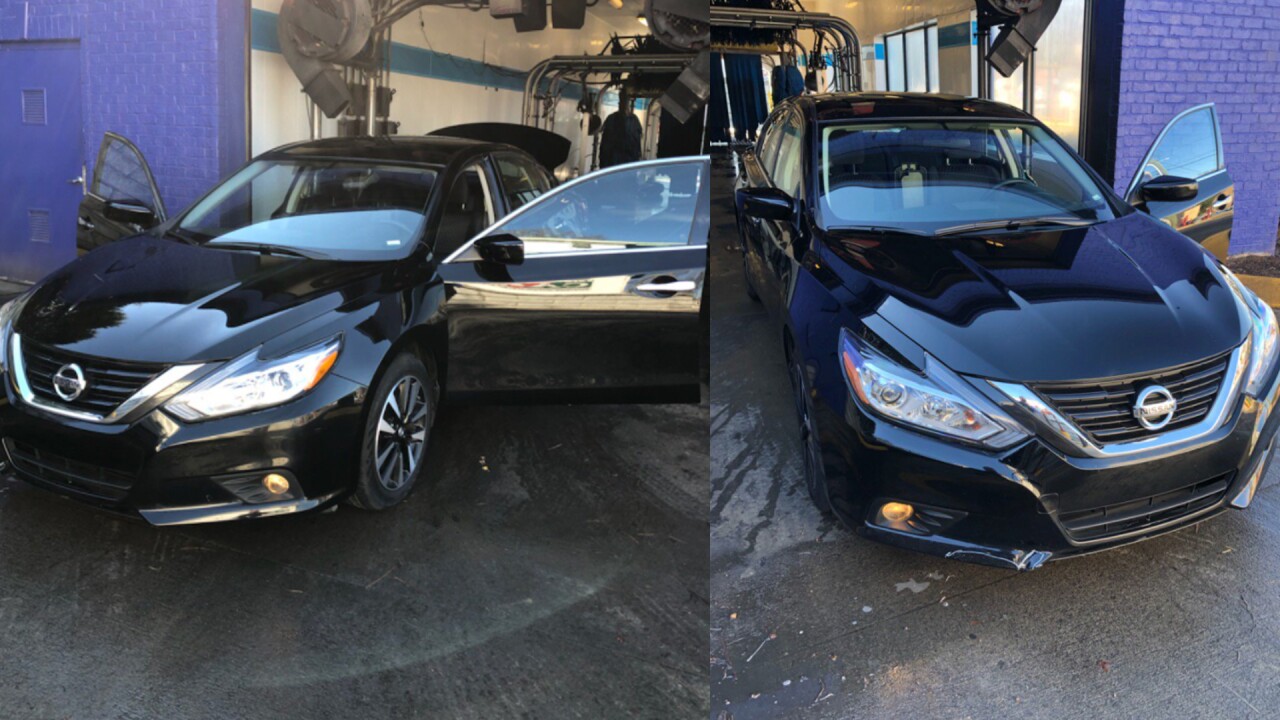 Jaquantarius Glenn, 23, John Spence, 27, and Travis Seats, 38 were arrested at the White Bridge Pike car wash Wednesday morning after they pulled their car into a wash bay. Two guns and robbery victims' property were recovered.

Surveillance video from the car wash showed that just before the Altima entered the bay, the three men got out. Two of them walked to a nearby landscaped area and tossed items to the ground before getting back in the car. Officers found a gun and several identification cards in the landscaped area. The second gun was recovered from the floorboard of the Altima.

The latest of the robberies occurred on Louisiana Avenue Wednesday morning. Workers reported two men, armed with guns, came onto the site and robbed them of their wallets and cellphones. The victims described the getaway car as a black Nissan Altima, which matched the description given in similar robberies.

Glenn, Spence and Seats are under investigation by detectives from several precincts. Their photographs are not being released at present due to pending lineups with a number of robbery victims.

Each suspect was jailed on three counts of aggravated robbery with multiple, additional counts expected.