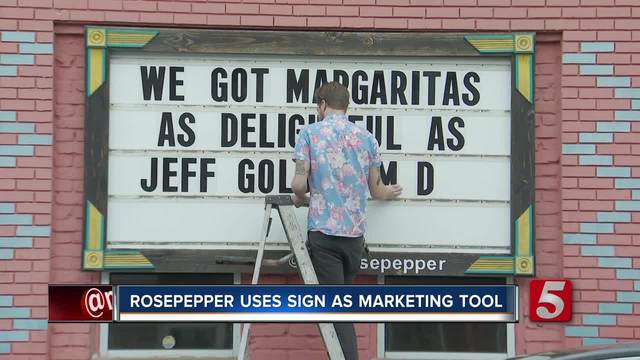 Rosepepper Cantina in East Nashville is known for their award-winning margaritas and great Mexican food, but the thing that's most visible about the restaurant is their marquee sign out front. 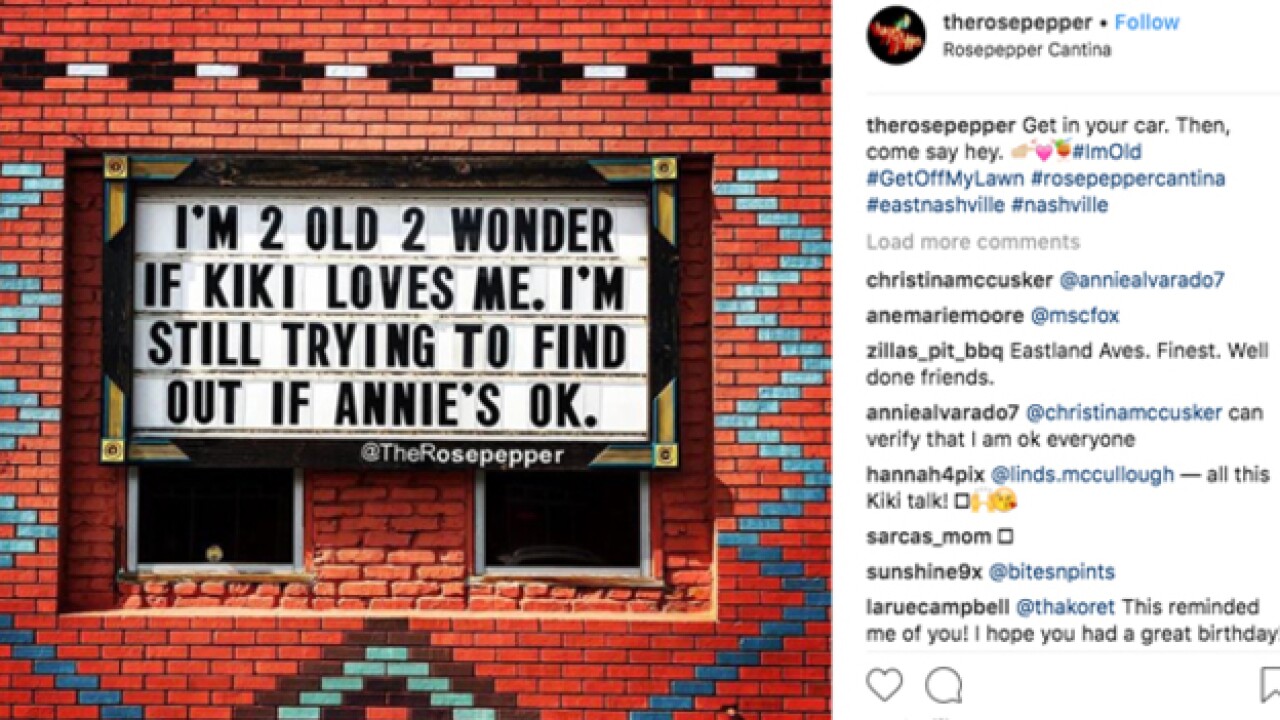 Rosepepper Cantina in East Nashville is known for their award-winning margaritas and great Mexican food, but the thing that's most visible about the restaurant is their marquee sign out front.

Sporting funny and witty messages, the sign is one of the most photographed in all of Nashville, and whenever the restaurant itself posts pictures of their sign, they get hundreds, if not thousands of likes, and plenty of comments.

One of their most recent messages reached a whole new level of exposure after Reese Witherspoon shared a photo of the sign, getting all of her celebrity friends to not just see it, but many commented, including LeBron James, Octavia Spencer, and Halle Barry.

Chaires came up with the idea of putting fun and witty things on the marquee sign after she took over the restaurant when her father passed away in 2014.

The Chaires family has been serving up Mexican food on the East side of Nashville for about 60 years, and they started Rosepepper in 2001.

"He had the sign up here that whole time, but he just kind of used it for happy hour specials and stuff," Chaires explained. "I thought, I would like to make a joke on that sign, because why wouldn't I?"

Chaires previously worked with an ad agency in Los Angeles, so it came naturally to think of catchy, fun phrases to put on the sign. It all started with a joke about Rosepepper creating a lime shortage, and now four years later, her post stating: "I'm 2 old 2 wonder if Kiki loves me. I'm still trying to find out if Annie's ok." has become a viral sensation.

The statement compares Drake's new song to Michael Jackson's classic, and when Reese Witherspoon shared the post, it went to 14 million followers, many of whom had probably never heard for Rosepepper Cantina.

Chaires said it's a great marketing tool, not just for social media, but for people walking by. "They take pictures in front of the sign and then they realize there's actually a great restaurant attached to the sign."

The viral marketing has certainly brought Rosepepper more business, and the food and drinks keep customers coming back, enjoying a vibe and personality that's apparent from the moment you see the sign.

Chaires comes up with a lot of her own signs, but she also borrows some ideas from memes she sees on the internet.