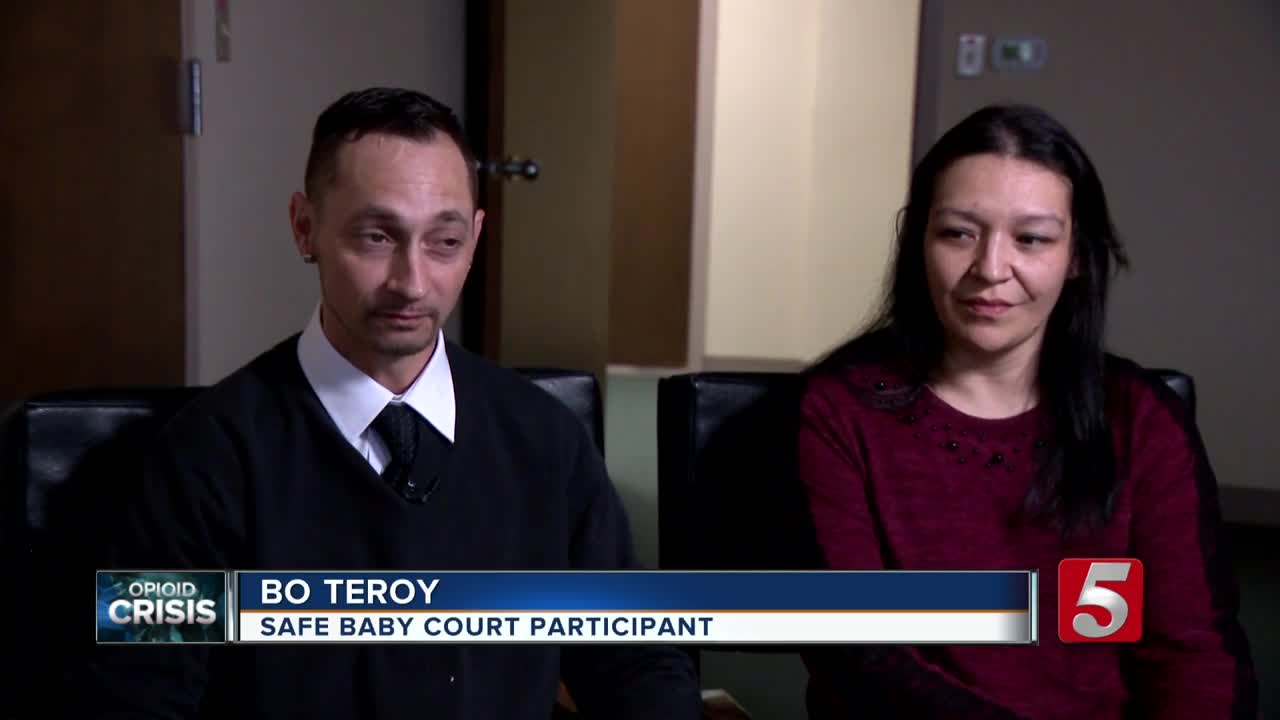 With their two young sons in their arms, Bo Teroy and his girlfriend Jessica Robinette faced a judge yet again. Only this time it wasn't over a drug charge, but a celebration about their accomplishment in front of their families and local and state officials. 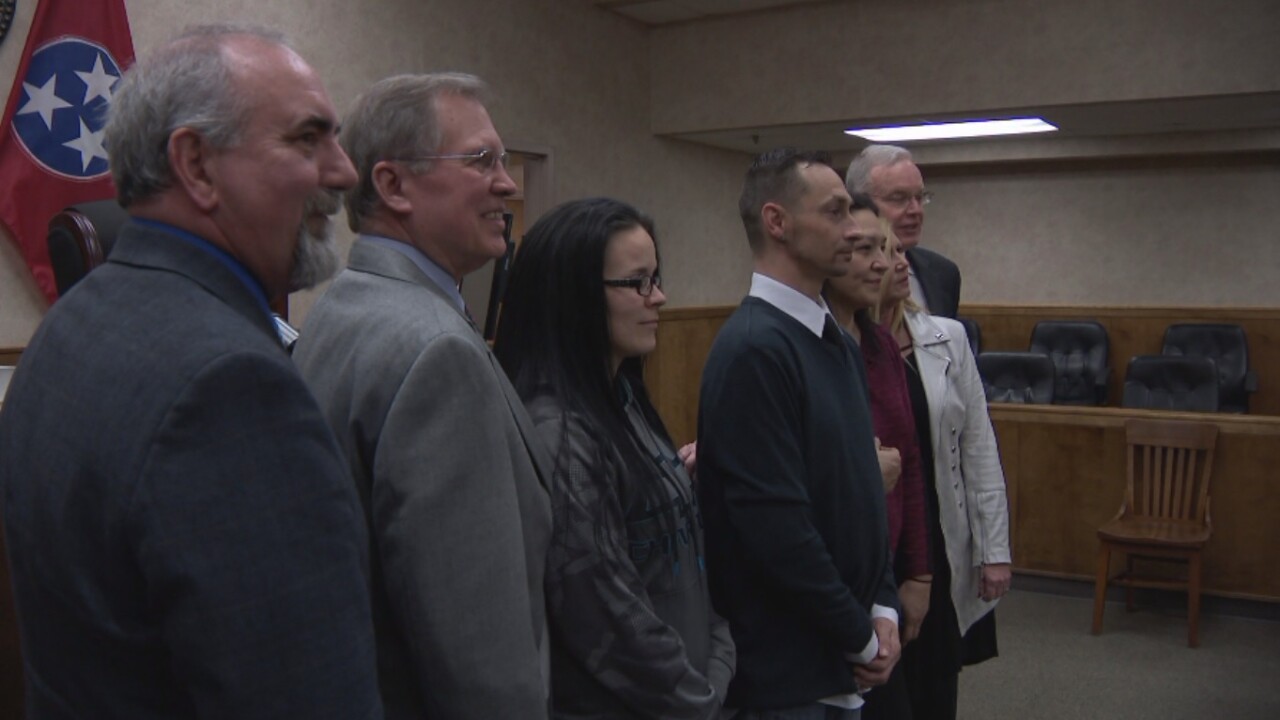 MANCHESTER, Tenn. (WTVF) — With their two young sons in their arms, Bo Teroy and his girlfriend Jessica Robinette faced a judge yet again.

Only this time it wasn't over a drug charge, but a celebration about their accomplishment in front of their families and local and state officials.

"Its been a blessing and pleasure to work with you," Coffee County Judge Tim Brock said to them.

A total of three parents appeared in court for the first Safe Baby Court graduation ceremony as they they received a plaque for completing the strict program.

To help avoid clogging the foster care system and reunite families together, Tennessee passed a legislation in 2017 to implement the unique court system. It aims to help treat addiction and helps kids in the welfare system by connecting their families to support and services and create a better child development, while ensuring speedier exits from the system.

"We're here to treat the parents but we are here mainly for permanency for that child so they're not moved from foster home to foster home and suffer more and more trauma," Safe Baby Coordinator Sheila Barrera said.

Currently, there are 18 cases involving 48 children in Coffee County.

"I lived rock bottom for a long time when I can't get out of bed without taking something," Teroy told NewsChannel 5.

Teroy was introduced to Safe Baby Court after a drug arrest and the Department of Children's Services took his kids away. He agreed to the program but admitted it was difficult at first.

"It feels really, really good. I feel better, mentally and physically, I'm not clouded" Teroy told NewsChannel 5. "We loved our kids but the love now you have nothing else stepping in front of it."

In collaboration with the Administrative Office of the Courts and Mental Health and Substance Abuse Services, DCS created the new court system in five counties last year: Knox, Coffee, Madison, Stewart and Johnson.

A team helps the adults, who are in the system because of their abuse and neglect, by providing encouragement as they learn how to better parent their child.

"We try to teach budgeting classes, how to grocery shop and how to cook," Barrera added.

The implementation of the Safe Baby Courts comes as DCS is asking for $78 million in budget increases from the state to address growing foster care needs amid the opioid crisis.

In a January budget meeting, DCS Commissioner Jennifer Nichols told Governor Bill Lee that since 2016, the state has seen more than a 10 percent increase in the number of children in foster care. She blames the increase to opioid abuse.

It takes a $100,000 grant annually to support the court program.