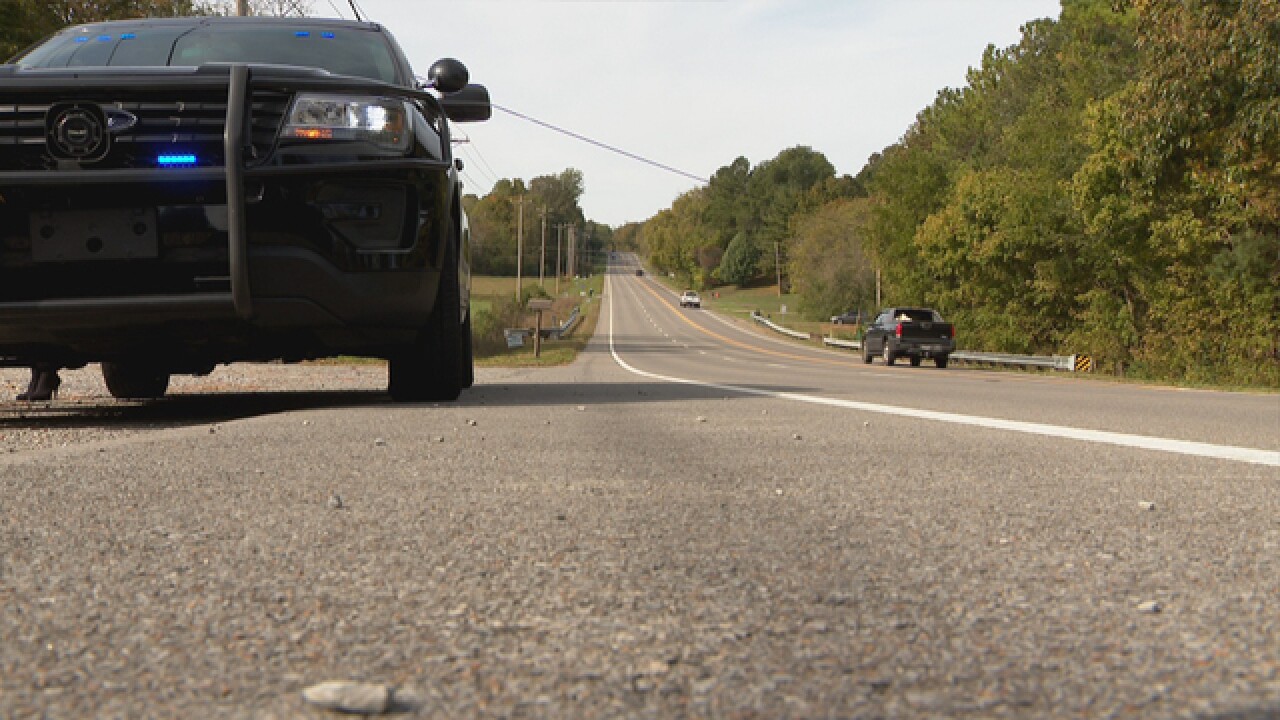 Across the state law enforcement are zoning in on one dangerous road, where more than 1,200 people have been hurt so far this year.

It's not Interstates 40, 24 or 65. Tuesday, Tennessee Highway Patrol Lt. Travis Plotzer brought NewsChannel 5 Traffic Anchor Rebecca Schleicher along for a ride on Highway 70.

It's a road that cuts through 21 counties across Tennessee and it's claimed more than 60 lives in less than two years.

"A lot of people people will use this road so they don't have to get on the interstate," he said.

But just because it's not an interstate, doesn't mean it's safe.

Plotzer, along with troopers, police and deputies across the state, are ramping up patrols on Highway 70 this week, looking for speeders and other dangerous drivers.

Data starting in January 2017 shows the road has seen more than 11,000 crashes -- and 2018 isn't over yet. Don't call them "accidents," Plotzer says, because they're almost all preventable.

"Whether it's following too closely, speeding, inattentive driving, there's a host of reasons out here why people have these crashes," Plotzer said.

Sure enough, just a few minutes into the ride, we clock someone going 68 in a 45 mile per-hour speed zone.

The speed limit recently changed, and Plotzer was going to leave the driver with a warning. That is until his license came back, showing it was suspended for a late ticket payment.

That's just one of many issues patrols encounter on the road.

They use predictive data analytics to predict when crashes may happen, based on previously reported crashes. They say Tuesdays and Fridays between 11 a.m. and 8 p.m. is when Highway 70 is at its most dangerous.

Plotzer hopes the extra push to patrol will help as he keeps watch over his hometown, a maybe even save lives.

"Especially when you get in tight-knit communities," he said. "You oftentimes know the people that you're investigating these crashes on, you know their family. That walk from your car to the house is the longest walk when you try to figure out what you're gonna say."

He'd love to prevent those walks by preventing the dangerous rides that lead to them.

The Safe on Seventy campaign continues Friday with extra enforcement across the state.