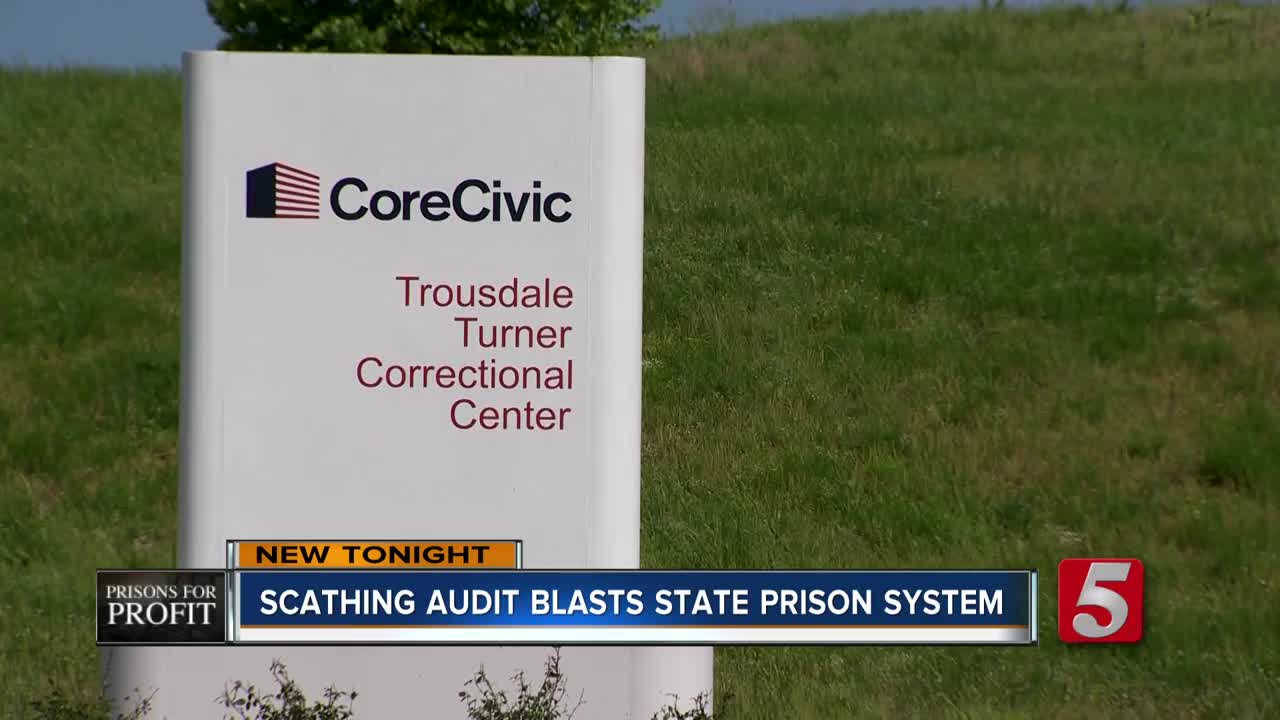 A scathing state audit released on Friday found that CoreCivic prisons across the state of Tennessee are still running at minimal staffing levels, in many cases leaving inmates suspectible to sexual assault. 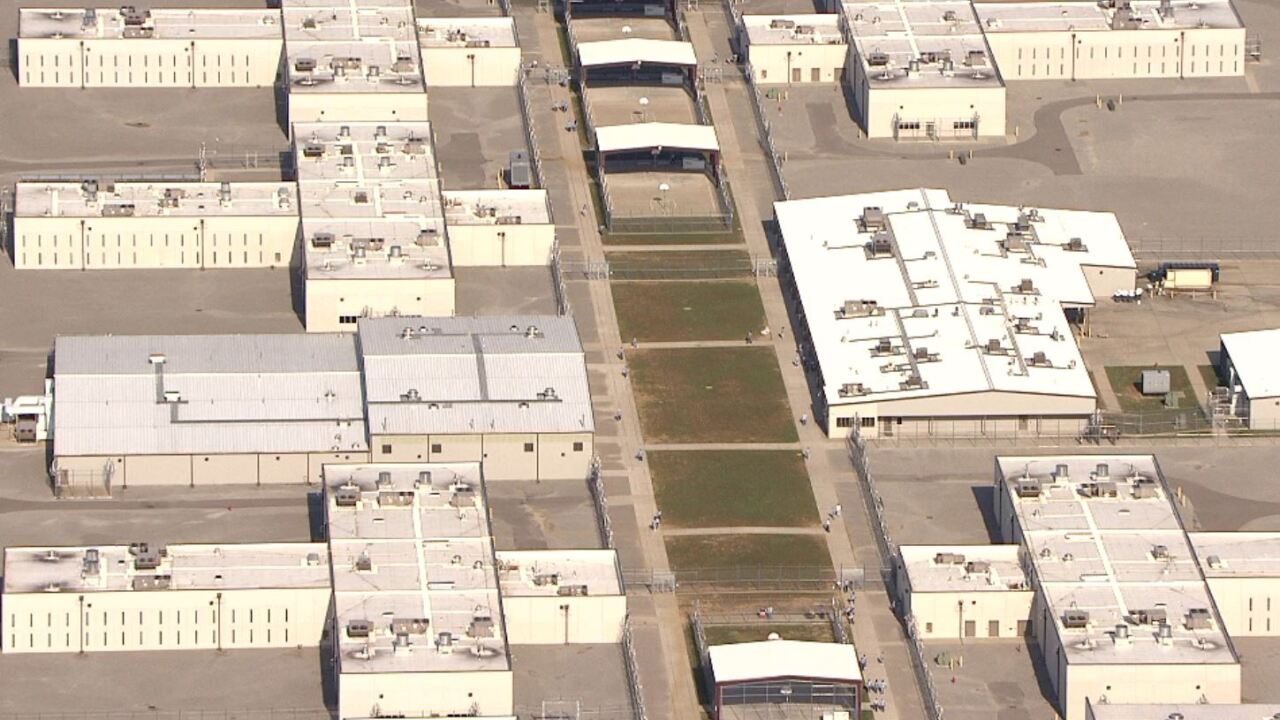 NASHVILLE, Tenn. (WTVF) — A scathing state audit released on Friday found that CoreCivic prisons across the state of Tennessee are still running at minimal staffing levels, in many cases meaning inmates suffering mental health issues aren't getting the help they need and creating questions surrounding the nearly 200 inmates who have died in state custody since 2017.

Every year the state pays the privately owned company millions of dollars to manage four prisons across the state of Tennessee.

The audit of the Tennessee Department of Corrections was released on Friday and tracked the department's performance from October 1, 2017 though July 31, 2019. In the last two years the audit found that 171 inmates have died while in state custody. 12 of those deaths were ruled suicide.

Over the course of the last two years the audit found that TDOC leadership failed to provide adequate oversight of correctional facilities which resulted in a failure to operate, "safe and secure prisons." In many cases CoreCivic officials were also blasted for not property reporting vital data related to inmate deaths, inmate assaults, correction officer's use of force and facility lockdowns.

In recent years prisoner inside of CoreCivic run prisons owned by the state have come forward saying incidents of sexual assault were either ignored or not dealt with appropriately. In 2019 NewsChannel 5 interviewed one inmate who said he was raped inside of his jail cell because he was Jewish. Documents show that inmate reported his concerns to officials both prior to the incident happening and after it occurred, yet his claims was found to be unfounded.

Yet that audit said, "Three of the eight allegations, correctional facility staff apparently improperly concluded the allegations were unfounded and, based on that conclusion, did not require staff to complete the Sexual Abuse Incident Review."

An entire section of the audit is related to procedures that apparently aren't being following when it comes to investigating sexual abuse and harassment allegations. Finding that many inmates do not report being sexually assaulted, "out of fear of retaliation or shame, or because they do not believe that complaints of sexual abuse will result in any changes."

The audit also found many instances at state prisons where showers were not being kept in working order.

In the last two years the audit found that 171 inmates have died while in state custody. 12 of those deaths were ruled suicide.Â

Most alarming for families who have lost inmates to suicide inside of state facilities, the findings detail numerous incidents where correctional officials did not perform mental health checks in a timely manner.

Regularly, the audit found, inmates were walking away with their medications without waiting for a nurse to watch them swallow their pills even though state policy requires "face-to-face observation and monitoring by a qualified health professional of an inmate taking their medication

The audit contained in all 18 findings that they say needed addressed. They identified several as "key findings"

These issues will be presented to the Joint Government Operations Subcommittee on Judiciary and Government on January 13th at 9 a.m.

Of the 14 prisons the Tennessee Department of Corrections owns across the state only four are managed by CoreCivic. They have responded to the allegations in the audit. Their full response is below:

For more than 30 years, CoreCivic has been committed to providing a high standard of care for every person in our Tennessee facilities, including quality reentry programming, comprehensive healthcare, faith-based support and many other services. We will continue to work closely with our partners at the Tennessee Department of Correction to ensure our administrative processes are fully compliant and provide total transparency into our operations.

As we’ve acknowledged previously, there were challenges with bringing the Trousdale Turner Correctional Center up to full speed after its opening. We’ve worked hard to address the challenges we’ve faced, and while we still have work to do, we are making progress.

For example, we significantly increased pay to attract and retain employees, with the starting salary at Trousdale now more than $16.50 per hour, which is the highest in the state for public or private facilities. We also offer immediate signing bonuses and relocation bonuses to make sure we’re an attractive option in a competitive Tennessee labor market.

We are committed to the safety and dignity of every person entrusted to our care. We have a zero-tolerance policy for all forms of sexual abuse and sexual harassment. To ensure we are in full compliance with the Prison Rape Elimination Act (PREA), all staff receive pre-service and in-service education and training, and all inmates receive PREA education beginning at initial reception and continuing while they are with us. Anyone can report an allegation or suspected incident of sexual abuse or harassment, including inmates, staff or third parties. There are multiple options to report allegations including (but not limited to) calling the National Sexual Assault Hotline, notifying a staff member either verbally or in writing, writing the facility warden, using the PREA hotline numbers posted in facilities and contacting CoreCivic’s Ethics and Compliance hotline and website.

You can read more about CoreCivic’s efforts to combat sexual abuse and harassment, including our annual PREA reports, here: http://www.corecivic.com/the-prison-rape-elimination-act-of-2003-prea .

The Department of Correction appreciates the work of the Comptroller’s Office audit staff and the thoroughness of the report. We have already addressed, or are in the process of addressing the issues raised in the report which includes, but is not limited to, enhanced staff training and revision of department policy and procedures.

Although the Department concurs, or concurs in part, with all of the findings referenced in the Comptroller’s report, we maintain that the TDOC operates safe and secure prisons and provides effective community supervision. The majority of the findings can be attributed to technology challenges, delayed reporting, and the staff shortages that our state, like many others, currently experience. It is important to note that the department is certified by the Department of Justice for PREA compliance, fully accredited by the American Correctional Association, and many of our processes and protocols exceed national standards. Nevertheless, the department recognizes and is committed to improving our processes and procedures as well as enhancing our own internal auditing processes as recommended by the Comptroller that will help the TDOC be a better and more efficient department.

We recognize and appreciate that the State’s external auditing function brings valuable, third-party insight. Like other law enforcement agencies, our employees work extremely hard, day in and day out, to protect the public while facing increasingly difficult challenges. We will address the specific findings during Monday’s hearing.

The citizens of Tennessee can rest assured that the Tennessee Department of Correction will not compromise public safety and will do everything within our power to ensure that the public, our employees, and the offenders under our supervision are protected.