School Bus Involved In Crash On I-65 South 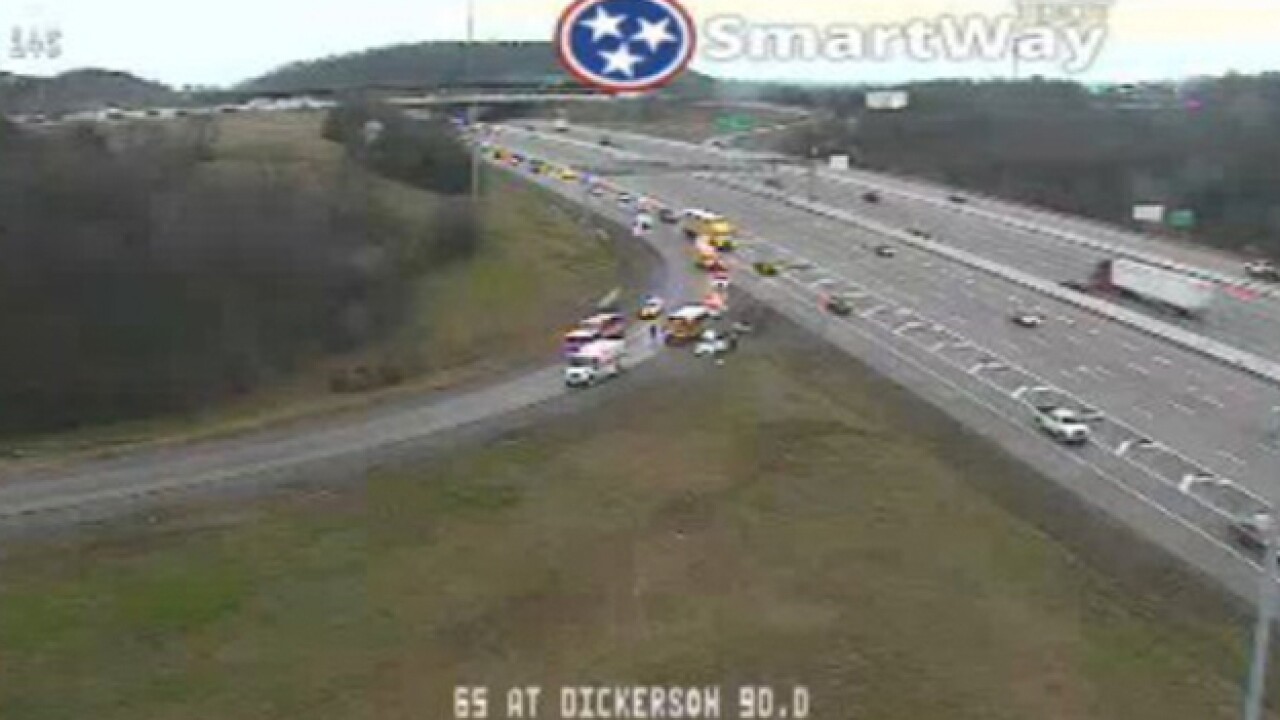 A Metro Nashville Public School bus was involved in a crash on I-65 South.

Details of the crash were not available. The off-ramp of Exit 90 at Dickerson Pike was blocked as crews responded to the scene.

School officials said the bus involved was bus 0905 Dupont Tyler Middle School Bus. They said students were on board at the time of the crash. None of them were injured in the crash.

It happened around 5 p.m. and was expected to be cleared by 7 p.m.

Southbound traffic was affected for a short time with the off-ramp blocked. It has since been reopened.