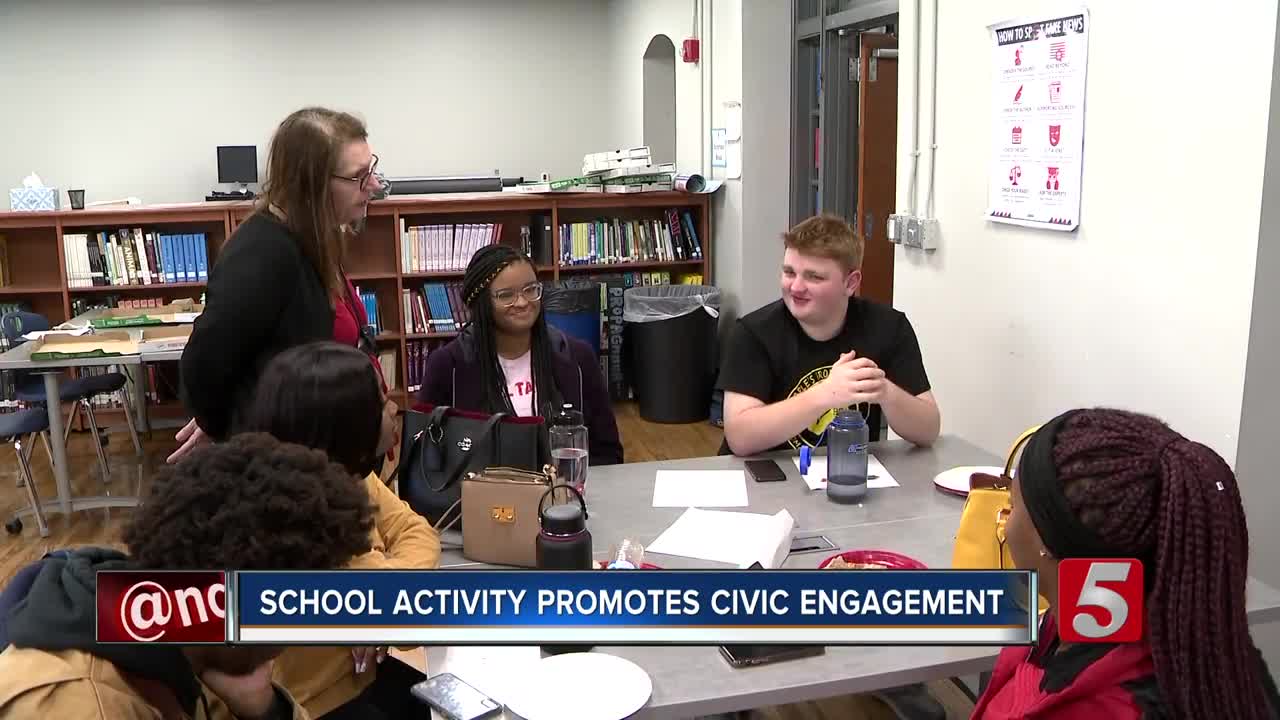 A local school librarian hopes to make students better citizens by allowing them to discuss current events in an informative way. 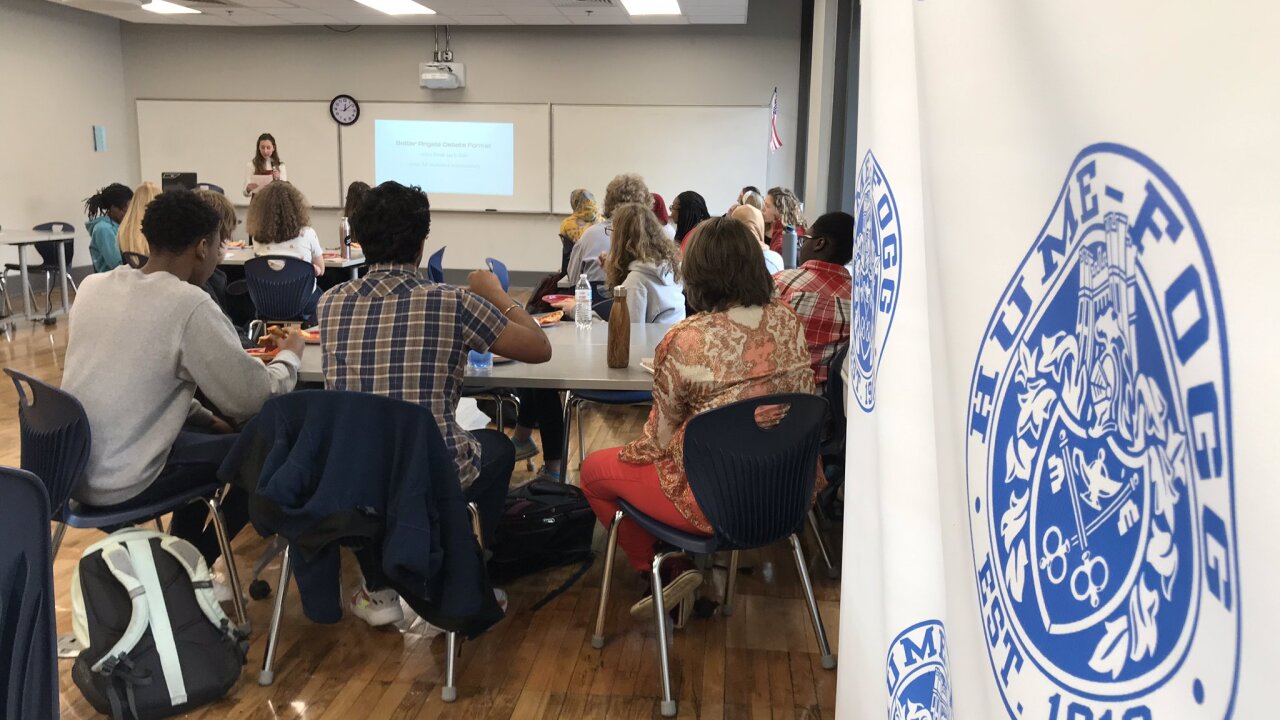 Amanda Smithfield of Hume-Fogg Academic Magnet High School started ProjectCiv two years ago to promote civic engagement. She invites students from different backgrounds and political beliefs in one room once a month to discuss a specific top they choose.

In the current polarized political climate, Smithfield said learning how to listen to different perspectives can help create better arguments that support their beliefs. She allows students to challenge one another and ask follow-up questions.

"I think as a society we tend to be in a lot of echo chambers right now so we're only hearing one perspective," Smithfield told NewsChannel 5. "There's a real opportunity when you have people discuss to break through stereotypes."

In reality, most states do not require a civic course in their curriculum in which students learn the fundamentals of a democratic government and how to participate. Recent research shows Americans have not been this divided over their political beliefs since the Civil War, and the polarization is bleeding into classrooms, according to the book Building Better Citizens: A New Civics Education for All.

Author Holly Korbey said some are fighting back against the idea that talking to the "other side" is a lost cause and are doing everything they can to get people to talk and listen to one another.

"Kids are not coming in with that whole civic reasoning like they used to," Smithfield said. "They're not getting the practice because of the narrowing of the curriculum."

Out of the 920 kids who attend Hume-Fogg, an average of 25 to 30 of them attend ProjectCiv. The student activity has discussed controversial topics including immigration and gun reform.

This month, juniors and friends Juliana Abelow and Ragan Harrington chose to talk about the latest decision by President Donald Trump to kill Iranian military leader Qasem Soleimani after hearing misinformation from their classmates. The two may be close but their political ideologies could not be more different as indicated in their arguments about Soleimani.

"He [President Trump] has decided that it is okay to assassinate a foreign military official. It's not only unethical, it's also irrational and dangerous," Abelow said to her peers. "Honestly, there's no argument that I can see that can justify this without Congressional approval."

"Even though he did not tell Congress about it, killing a terrorist is not an act of war because he [Soleimani] attacked our embassy two times, killed an American contractor and has done multiple crimes in the past," Harrington said in her response.

Despite differing viewpoints, both friends have learned that they can agree to disagree and maintain a relationship. While it is more challenging to address in person instead of social media, they say a face-to-face interaction is better.

"I've never actually been convinced of the other person's argument but I do understand where they're coming from and I think that's important to know how they're thinking and why they're thinking that way," Harrington said.

"Having a conversation is better than having no conversation. Ms. Smithfield says attack someone's opinion, not them," Abelow emphasized.

Smithfield guides the group conversations with a questionnaire and clarifies information.

She has created pointers to help educators across the country come up with a plan to engage students in civic conversation and activity. To learn more, click on this link.