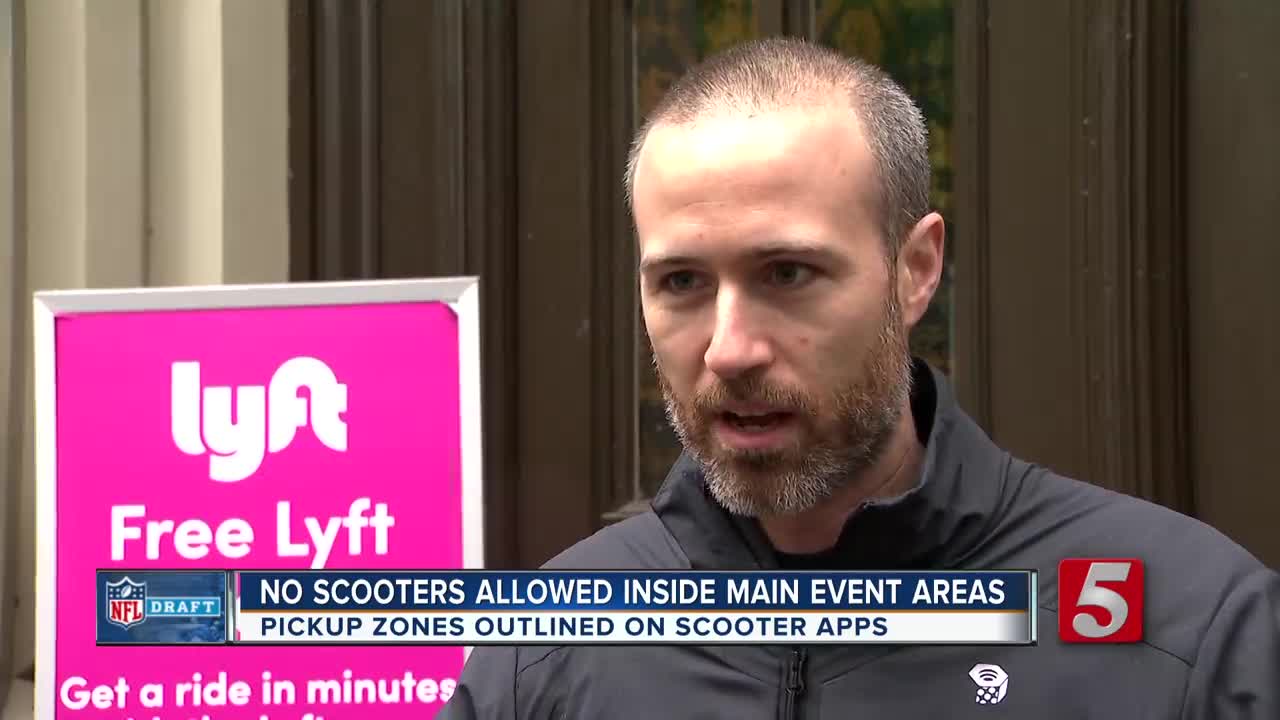 Scooters will not be allowed near the entrances of Draft events. 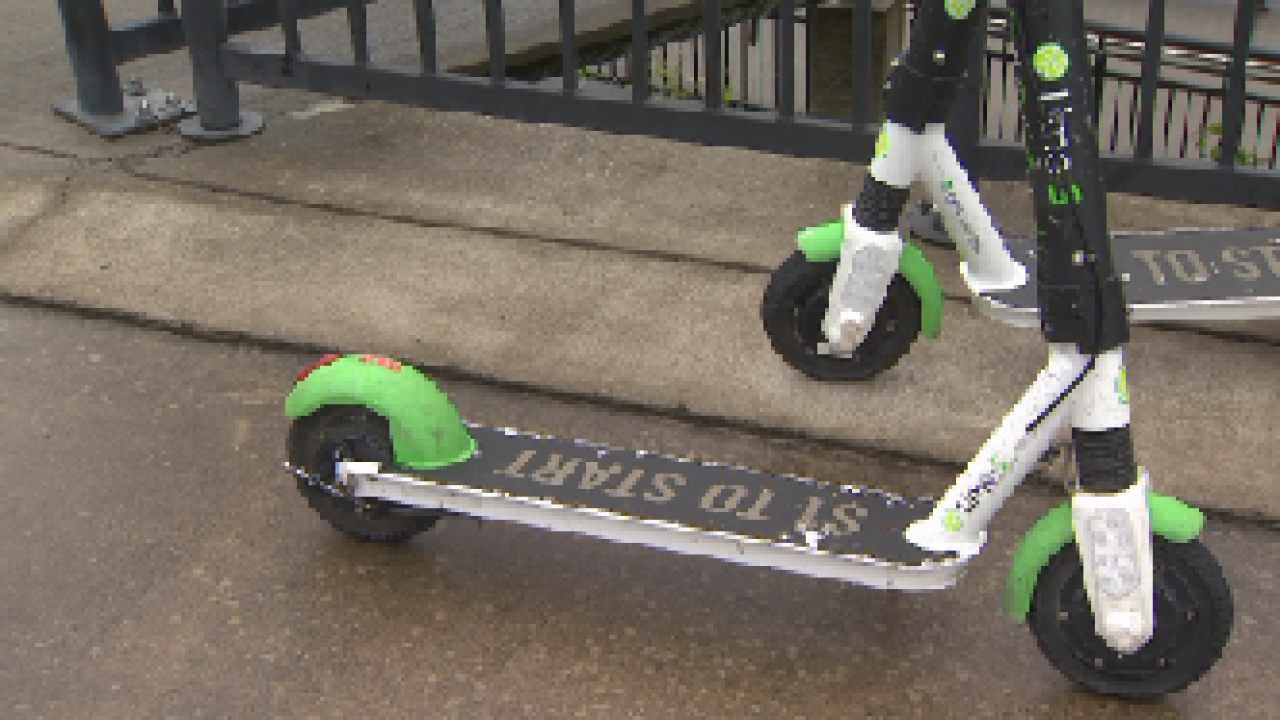 NASHVILLE, Tenn (WTVF) — It seems like every day a new electric scooter company pops up in Nashville, and in less than a week thousands of visitors will be in Nashville for the draft and the marathon.

This could mean a lot of people using scooters to get around, but with that being said some areas are strictly off-limits.

“We will have a no scooter zone, this is done by the city,” said Max Loosen with Lyft.

Metro Nashville is keeping the two-wheel rides in designated areas meaning no scooters near the entrances of the Draft events.

“It will be concrete barricaded, so you will know the entry and exit points; you cannot bring scooters inside there, those entries will be manned,” said Loosen.

Metro’s Transportation Licensing Commission has already met with all scooter companies in Nashville.

“We've worked with all six companies as well as the metropolitan police department to make sure that people who are using the scooters know where they're going to be able to leave them and have an anticipation that those scooters will not pile up, they'll be moved,” said Director Billy Fields.

Lyft will have scooter pickup zones in exclusive areas.

“Sixteenth and Broadway and sixth and Woodland is where we'll have Lyft employees, we'll have free helmets, we'll be giving out instructions,” said Loosen.

Representatives from Lime, Lyft and Gotcha say all the information will be listed on their mobile apps.

“Riders that use the Gotcha product in the app will see those no scoot zones and the scooters will be restricted area while the city enforces those zones,” said Sean Flood, CEO of Gotcha.

The city says each company will beef up patrols to keep scooters away from the Draft entrances if they start to collect too heavily,

“our local fleet staff and our brand ambassadors will be out there to educate and that team by the way kind of exist full time in Nashville,” said Flood.

Last month, Metro council passed a proposal that could fine companies $10 if a scooter is parked in a no parking zone and $25 if it blocks rights-of-ways.

"We have a diverse and experienced team of operators, policymakers, urban planners, and engineers that have been working to prepare for this major event. As part of our Partnership Promise [blog.spin.pm], we never launch without permission, so we've been working closely with the city's representatives to deploy 500 scooters in downtown and areas outside of the immediate downtown area, including midtown and east Nashville. "We'll have extra staff on the ground at each of the entry points to monitor accumulation levels and be ready to act on any pickup and redistribution needs," said Dan Shoman, Spin's Operations Manager for Nashville.