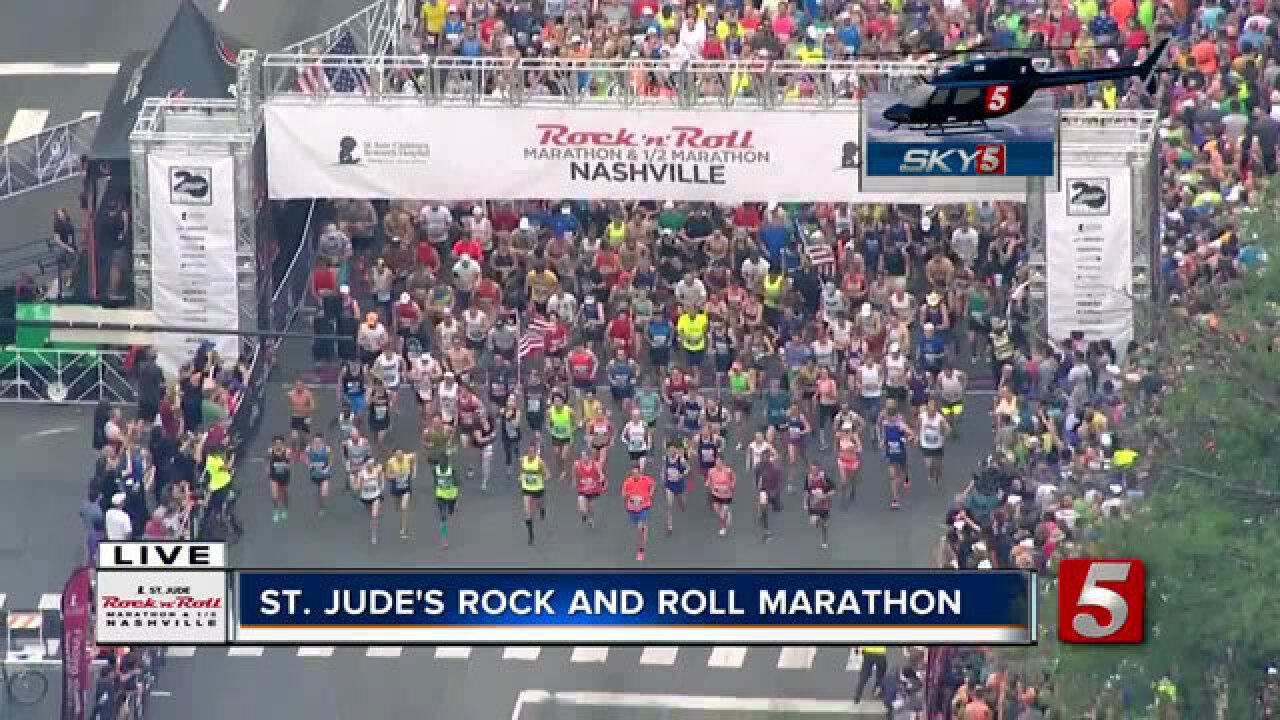 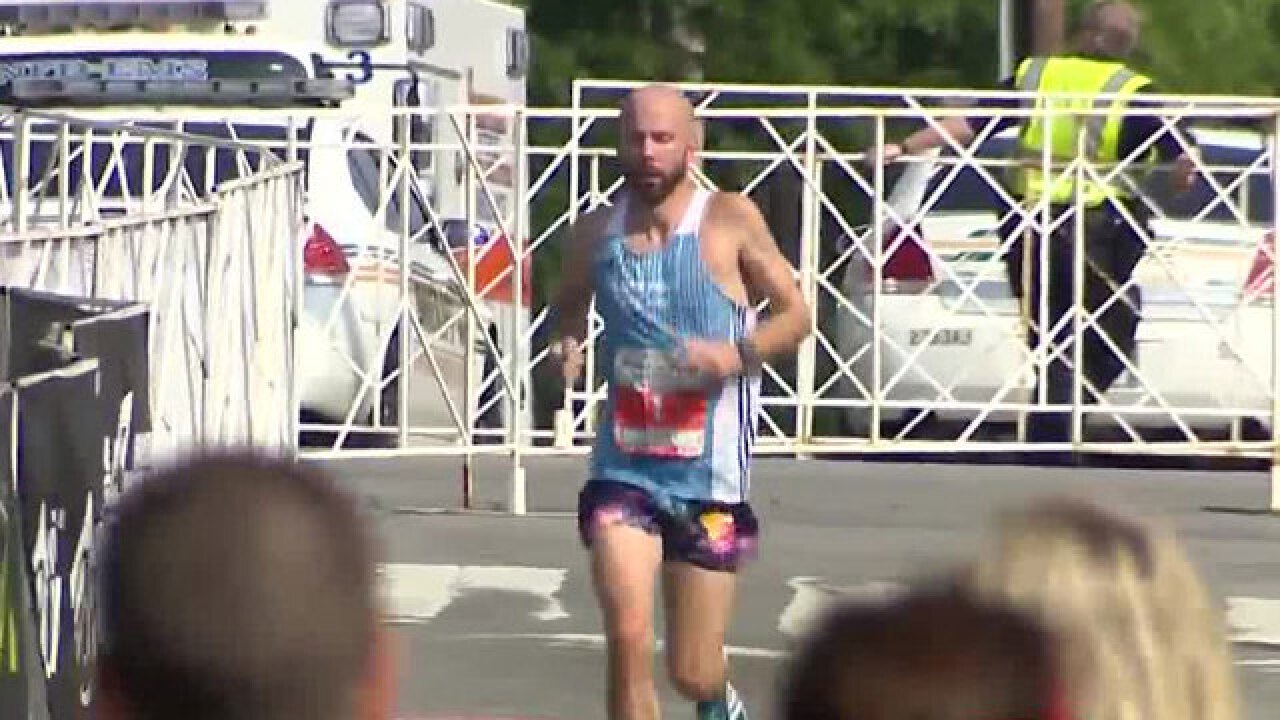 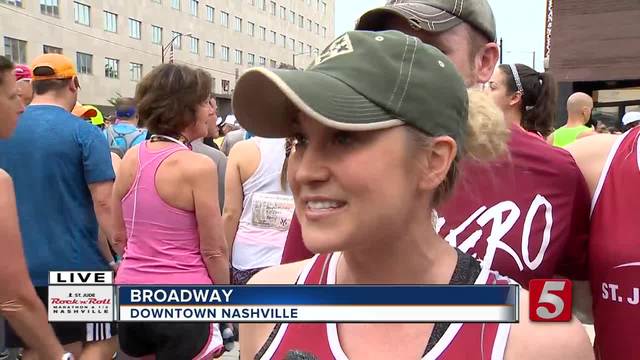 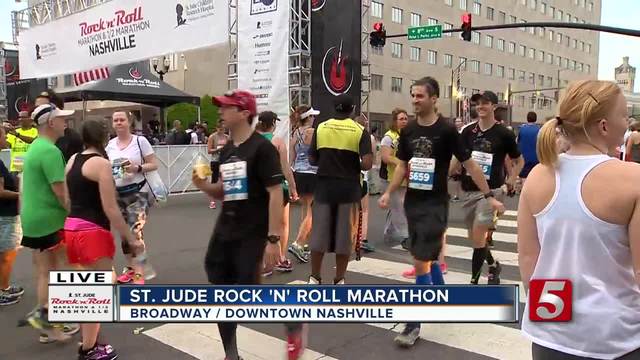 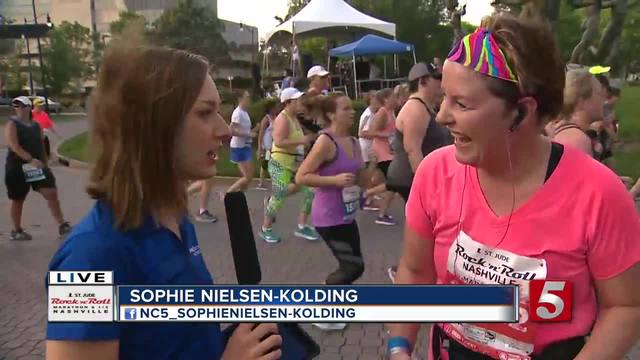 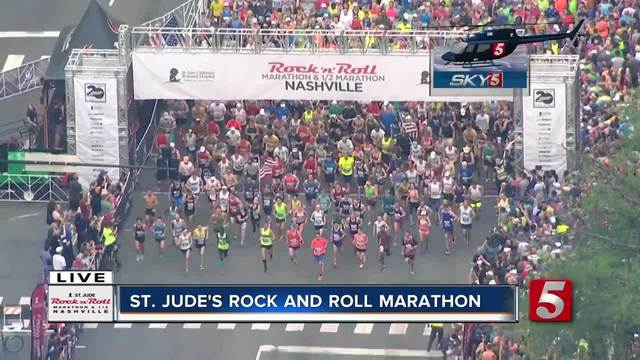 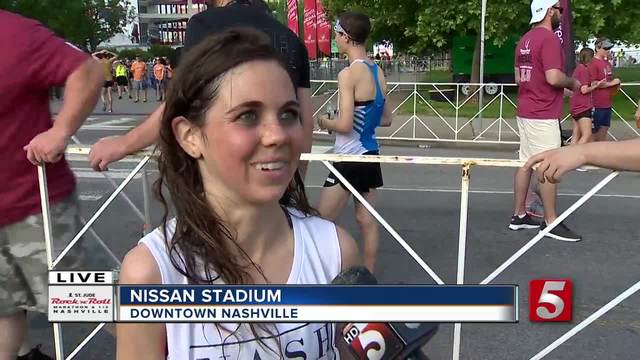 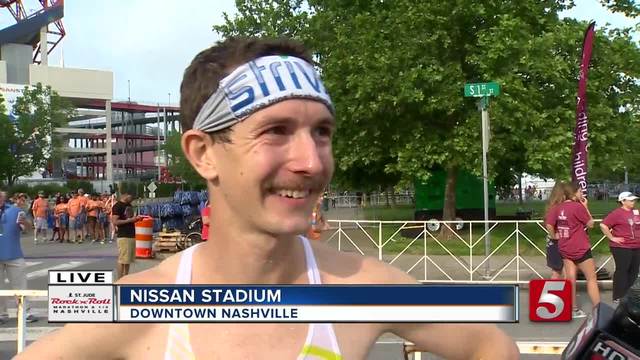 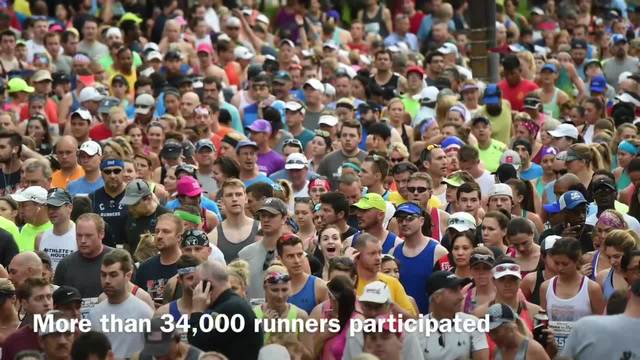 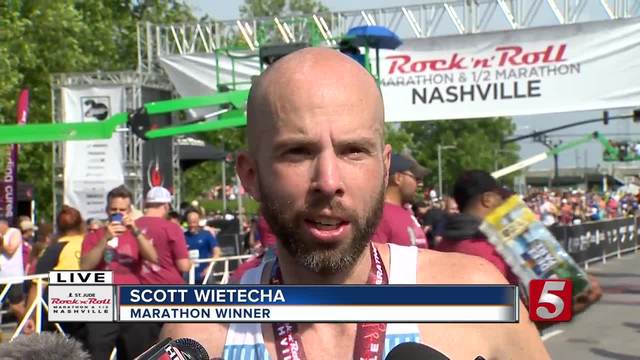 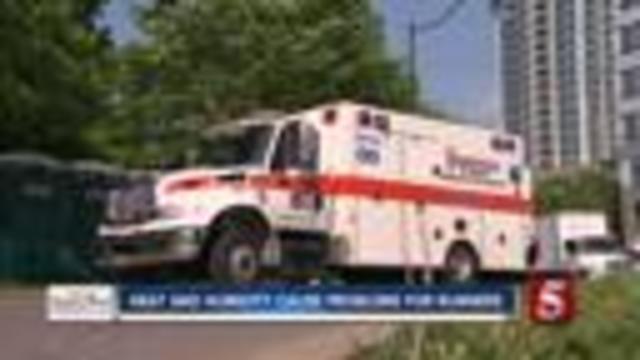 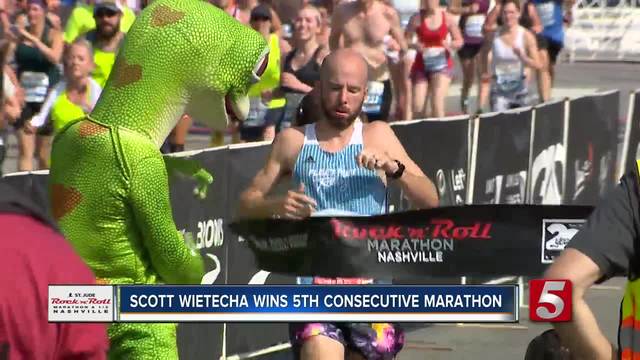 The 35-year-old PE teacher at Jack Anderson Elementary School in Hendersonville crossed the finish line at 2:40:28. He came in well ahead of the second-place finisher.

Wietecha ran by himself for most of the race. He was running at a pace of 5 minutes and 42 seconds through 22 miles. Before the race he said the last half was the loneliest part of the course, where few spectators or other runners could be found.

He told NewsChannel 5 he had been up since around 3:30 a.m. when he drank a Gatorade, cup of coffee and ate a couple Pop-Tarts.

Earlier in the week, Wietecha said he planned to shave some time off his 2016 finish of 2:25:42, but changed his plans due to the weather conditions Saturday morning.

The winner of the women's marathon was 32-year-old Lauren Mitchell, from Madison, Alabama, who said she didn't expect to finish in first place. She competed in the Boston Marathon recently and after that, she did not think she would have her best day here in Nashville.

However, Mitchell finished her 40th marathon by exceeding her pre-race expectations with a time of 3:17:34.

“I did not expect that today, but it feels really good. I’m very, very grateful,” Mitchell said. “I just ran Boston, and I had a really tough day out there. Today it just felt effortless, even though it was a tough course. The community was so fun. It was just a fun day. It’s what I love to do, so it felt good.”

The story of the morning was the warm weather and humidity, unlike last year when weather delayed the start time and kept runners wet.

The 2017 race began with temperatures in the mid-70s with humidity of 74 percent. However, no severe weather and no rain were expected. A few broken clouds moved through the area, but did not offer much protection from the sun.

Race organizers decided to move the start time up 15 minutes to 6:45 a.m. to help runners with the heat and muggy conditions.

Multiple heat-related incidents were reported, and several racers were treated for issues like heat stroke, dehydration, and fainting.

“Our number one priority is the safety of all our participants. We implemented a comprehensive heat plan when the conditions warrant, that included misters at multiple water stations and at the finish line, sponge stations, ice towels at the finish and air-conditioned cooling buses along the course.  The temperature and humidity, on top of the strong sun, presented tough running conditions that our medical officials deemed excessive and ultimately dangerous for the health and safety of our runners. As such, we diverted runners on the course for their safety. This decision was made in consulting with city agencies and we sincerely appreciate the understanding and cooperation of our runners as their safety was our paramount concern.”

Arlington, Virginia resident Tyler Andrews won the Men’s Half Marathon. It was the 26-year-old's first trip to Nashville.

“It was definitely really hilly. I was expecting that. The big factor today was the heat. It’s really hot and humid out there,” said Andrews.

The winner of the women’s half marathon did so in just her second road race. Allison McLaughlin moved to Nashville from Colorado Springs in January after falling in love with the city during her first road race in 2014. She took 2nd place that year in the Rock 'n' Roll Nashville Half Marathon.

McLaughlin had a different perspective on what many runners consider one of the more challenging parts of Nashville's course - the hills.

"I was so thankful for the uphills," she said, mentioning her training in the trails and hills in Colorado.

"Any time there was a little hill, I would be able to get ahead of a few people," McLaughlin said. "But then on the downhill they'd be able to come right back, so I just tried to take advantage of the hills. I dread them, but knew I could gain on them."

Prior to the race, reports stated 138 vehicles were towed after they were left parked on the race course overnight.

For more information on the race and results, click here.