Secrets From Inside The New Davidson County Jail Project 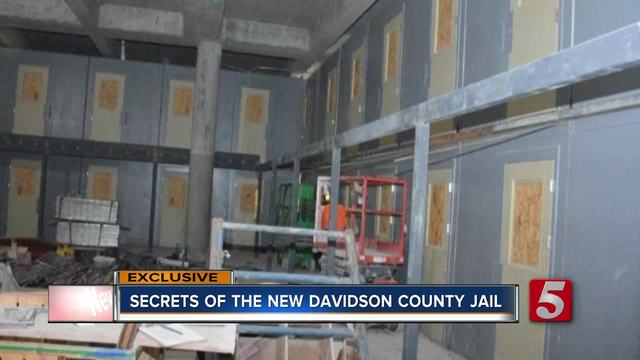 For the first time, there are details about the planned lock-up of hardened criminals in downtown Nashville. The new jail is nearing completion and the lock-up will be an escape artist's nightmare. The contractor does not allow media inside the work zone because of safety and security reasons. 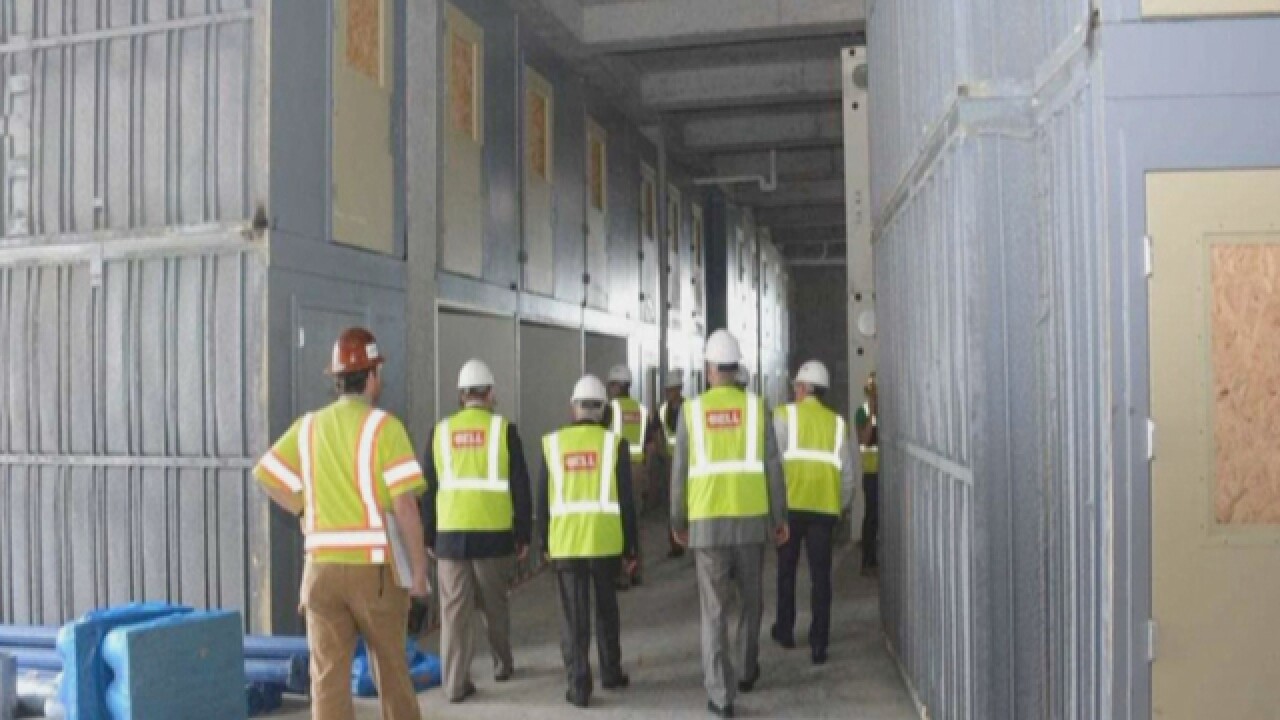 For the first time, there are details about the planned lock-up of hardened criminals in downtown Nashville.

The new jail is nearing completion and the lock-up will be an escape artist's nightmare. The contractor does not allow media inside the work zone because of safety and security reasons.

However, Sheriff Daron Hall shared some of the secrets that will make this jail the most secure in the state, if not the entire country.

"Is this an escape proof jail? It better be, but there is no such thing," said Sheriff Hall.

He said what they are building here may be as close as you can come to a sure thing.

"Our old building was built the wrong way with the wrong equipment. We learned a lesson and won't do it that way again," said Hall.

Remember, just three years ago the sheriff gave a tour inside the guts of the old broken down jail.

"These cells are built self-contained. One unit," said Hall.

"Everything is pre-fab and comes in one piece," added Corrections Chief Tony Wilkes. He traveled the world searching for the best ideas.

Wilkes said each of molded cells arrived ready to simply slide into place. No welding. Just bolt it down.

And how do they address the age old problem of inmates clogging toilets to cause floods? Computer monitoring that can shut it down.

"So if they put in a sheet or anything in the toilet to clog it up, we know it before it clogs up the entire system," said Wilkes.

The jail will also be set up to keep the inmates isolated -- reducing the chances of smuggled contraband.

Walkways are on the backside of cells, so there is little interaction.

"The cross contamination between a free world person and an inmate will be minimal. It should hardly ever happen," said Hall.

The one-of-a-kind facility isn't even finished, but it's already drawing rave reviews as corrections staff from across the country visit hoping to use the same blue print on their new jails.

Sheriff Hall said the new jail will also make things much better for his correctional officers with improved security and supervision.

And there's this: the new facility will come with dedicated underground parking spots for every single employee.