I-24 West reopens near I-40 after tractor trailers, SUV crash 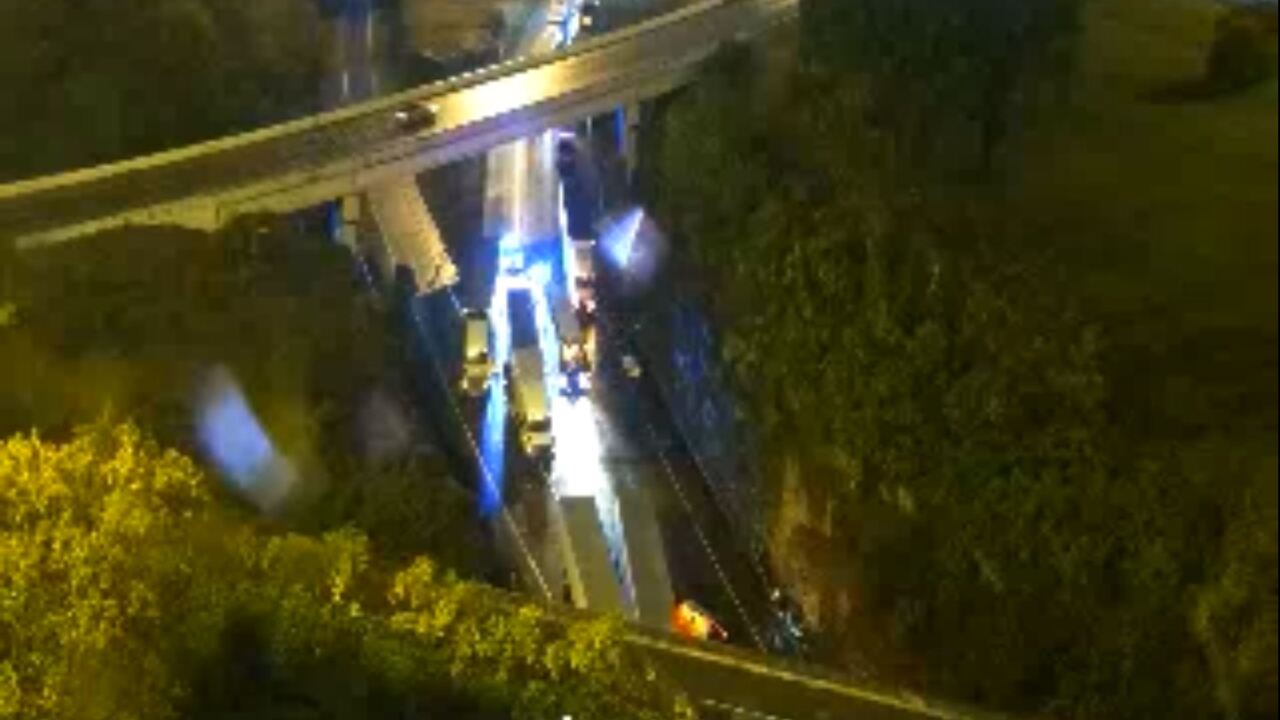 NASHVILLE, Tenn. (WTVF) — Interstate 24 has reopened near the I-40 split after a crash involving two semi trucks and an SUV.

The incident happened around 3 a.m. Thursday, just south of the Murfreesboro Road exit in Nashville.

According to police, one of the semi trucks hydroplaned in the stormy weather and jackknifed. Another semi truck tried to slow down when it also jackknifed and hit a wall. An SUV was also involved in the crash.

No one was injured in the crash. But, oil, glass, and debris is covering the interstate. Hazmat teams have been called to help with clean-up efforts.

Earlier this week, another semi-truck crash closed the westbound lanes in the same part of I-24.