Semi Hauling Sawdust Catches Fire On I-24 Near Joelton 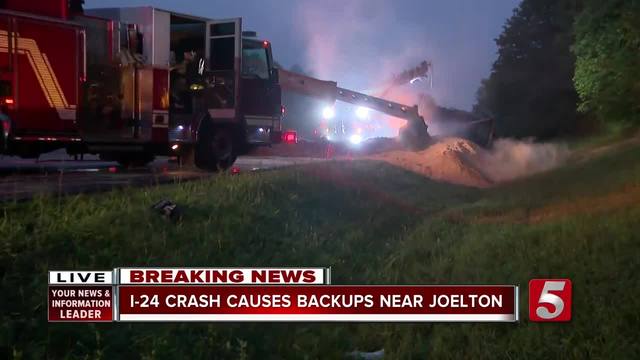 One lane of Interstate 24 has reopened after a tractor trailer hauling sawdust caught fire near Joelton. 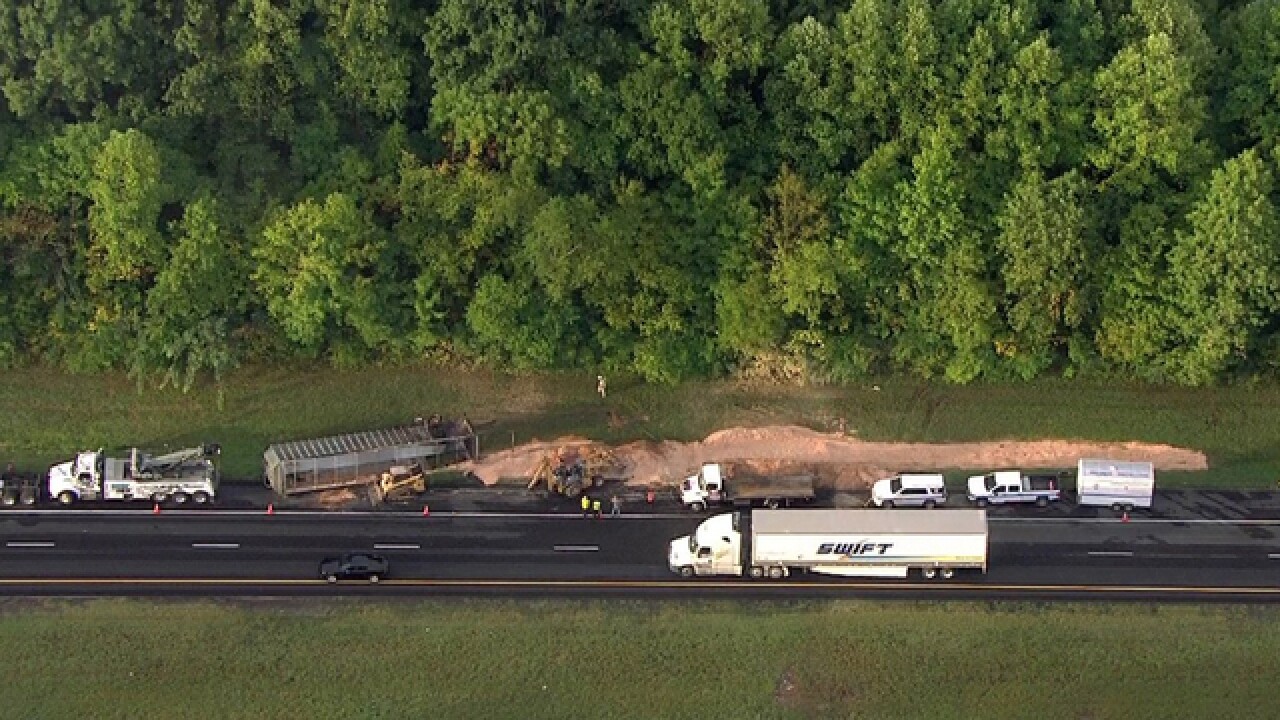 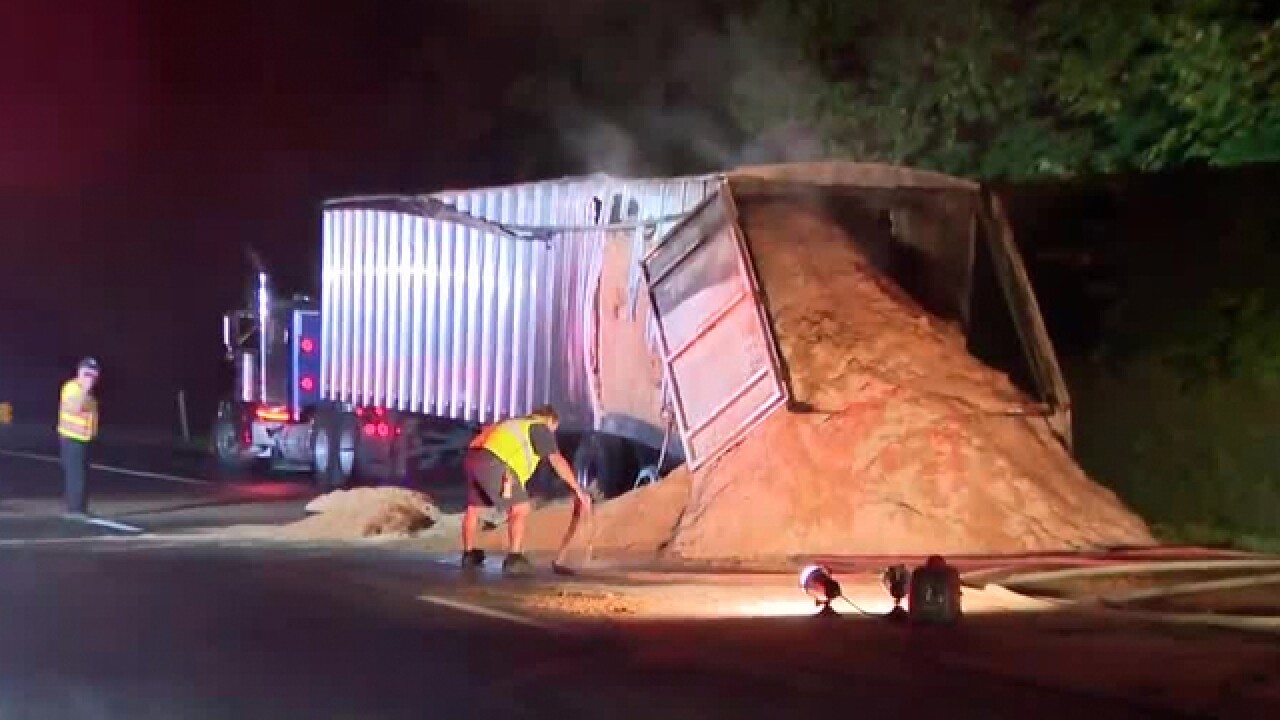 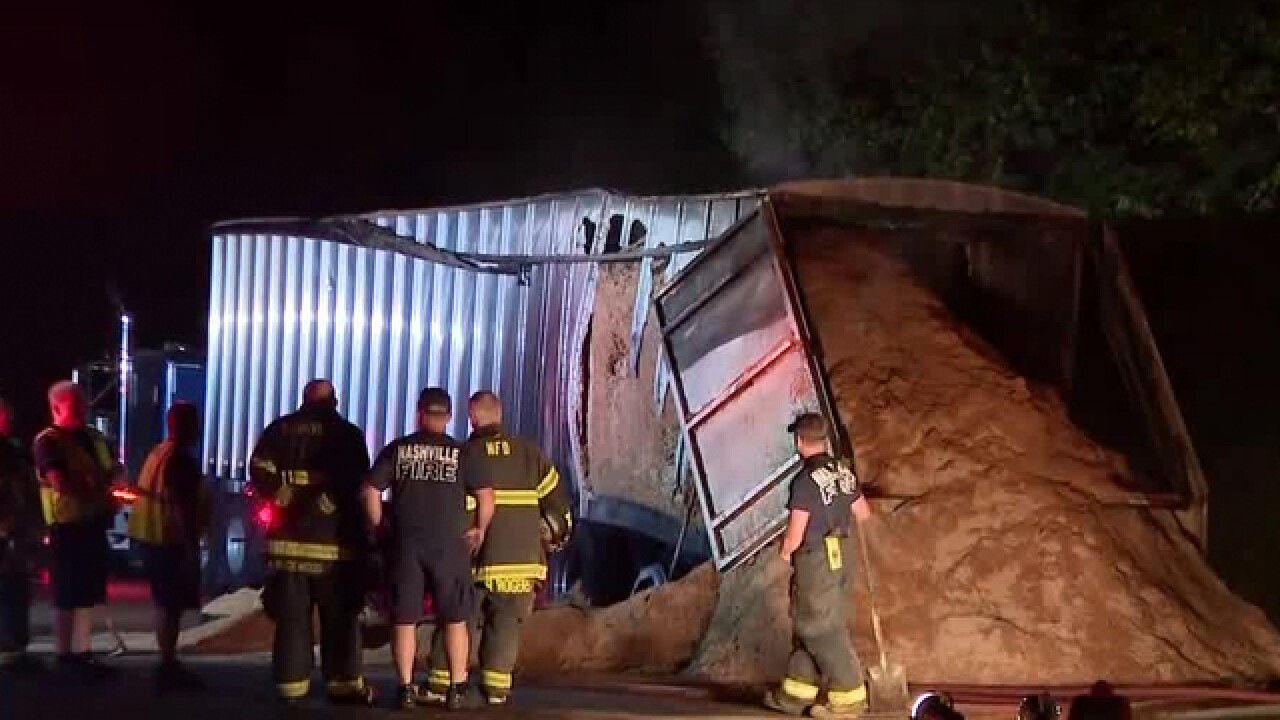 One lane of Interstate 24 has reopened after a tractor trailer hauling sawdust caught fire near Joelton.

The incident was reported around 3:40 a.m. Friday near Whites Creek Pike.

The cause of the fire was unknown. However, the blaze did ignite on the back end, possibly from a blown tire or malfunctioning brakes.

Heavy machinery was brought to the scene to scoop up the spilled sawdust. A fire engine was nearby in case the blaze reignited.

The incident caused major delays for commuters coming into Nashville. Several vehicles were stuck for at least two hours while crews worked to open one lane.

Both lanes reopened around 7 a.m.