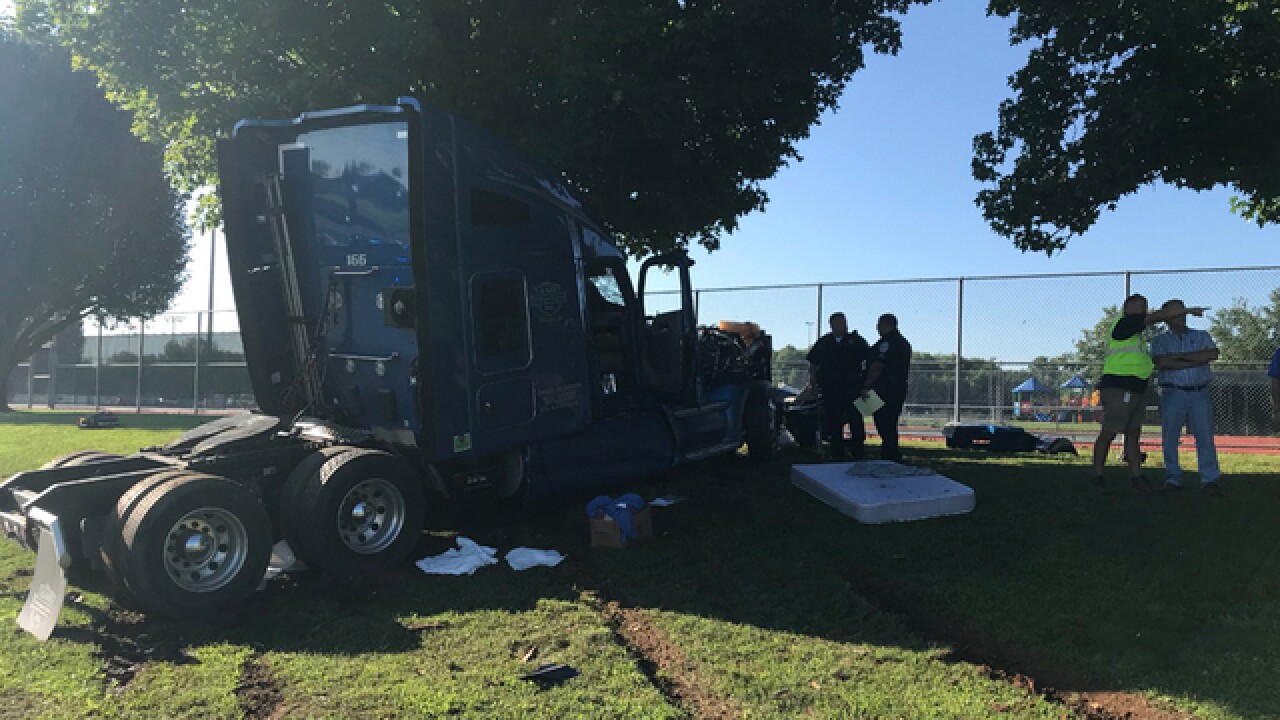 Police were called to an area near Lee Victory Park in Smyrna after a semi crashed into a tree.

The incident happened Thursday morning just off of Sam Ridley Parkway, not far from the Captain Jeff Kuss USMC Memorial.

A semi truck smashed up into a tree off of Sam Ridley Pkwy. right by the Capt. Jeff Kuss Memorial. One person went to the hospital, but not clear how serious injuries are. Right lane heading east is blocked. @NC5_RSchleicher@NC5pic.twitter.com/mJrY39o0YL

It’s not clear what caused the semi to veer off the road.

One person was taken to an area hospital, although the nature of his or her injuries was not known.