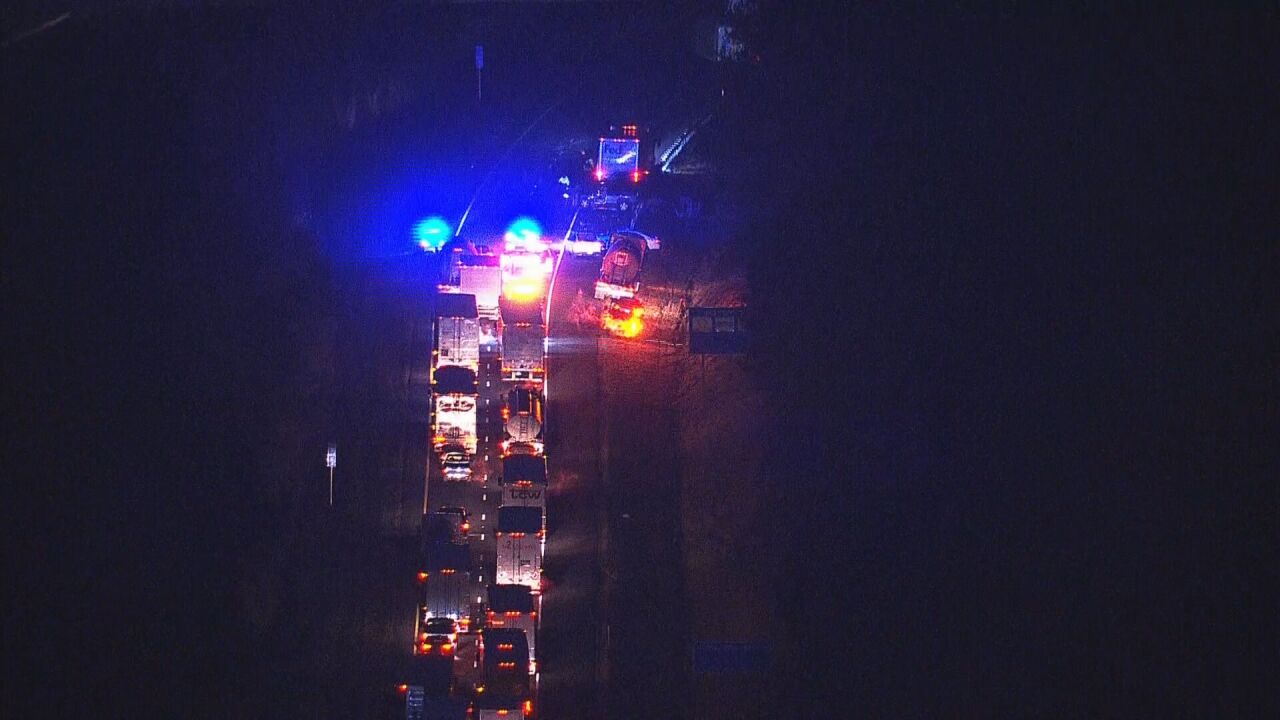 Sky 5
A crash involving an overturned tractor trailer has closed a portion of westbound Interstate 24 just before the Cheatham County line.

The crash was reported shortly before 4 a.m. Thursday at mile marker 32, just before you get to the Ashland City exit.

Guardrail looks like a corkscrew at this crash scene on I-24W by Harper Road overpass. Drivers heading toward Clarksville should consider jumping off highway in Joelton. Although traffic is now getting by, it is moving very slow @NC5 @NC5_Sky5HD pic.twitter.com/NDVzxQ3RU3

Two semis were apparently involved, along with an SUV. One of the semis overturned, blocking all westbound lanes.

After being closed for several hours, the roadway finally reopened.