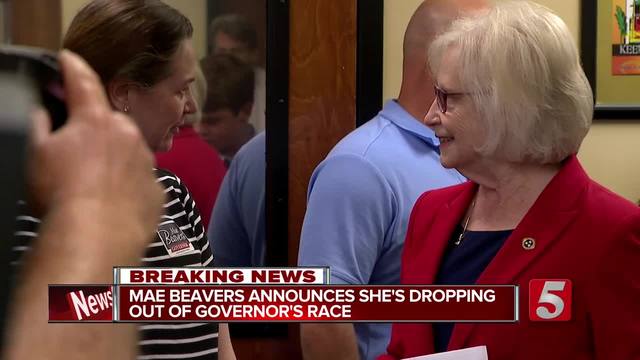 Former Senator Mae Beavers announced she will no longer be running for Governor. 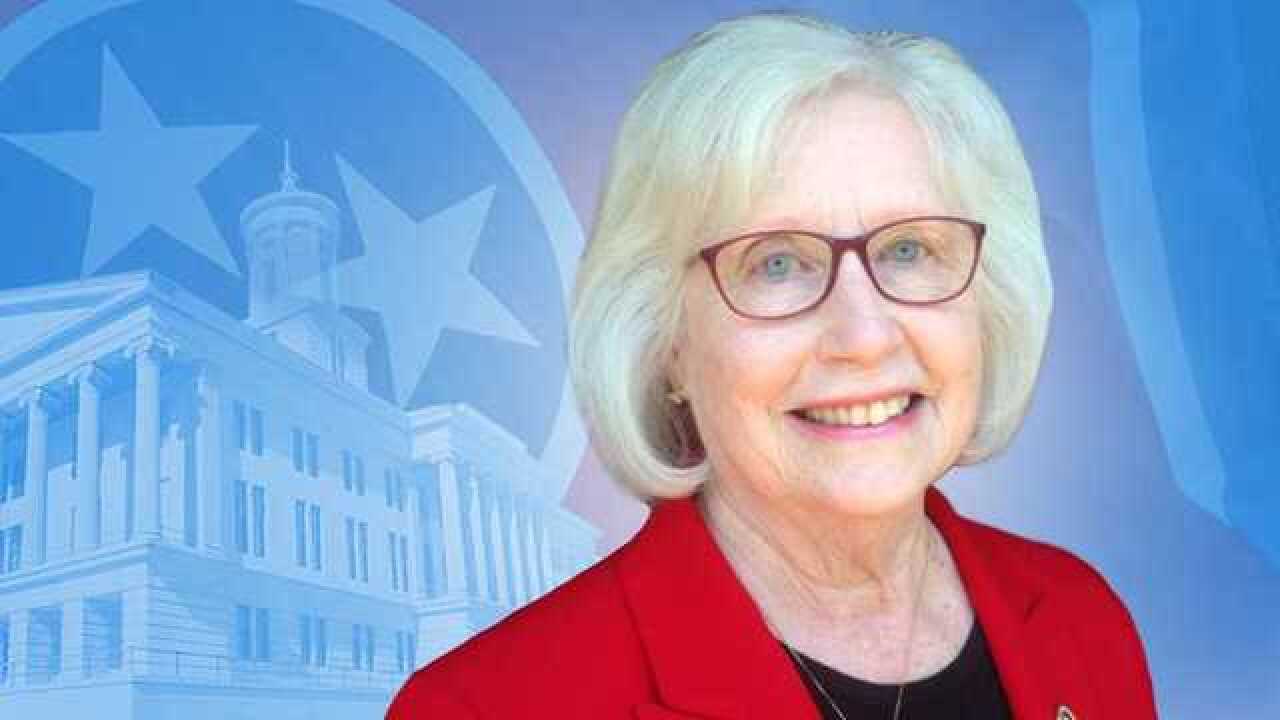 Former Senator Mae Beavers announced she will no longer be running for Governor.

She posted the following message to her Facebook page expressing her gratitude to her many volunteers.

To the volunteers, supporters, and every person who championed my run for Governor, I want to express my deepest gratitude to you. Today, after much deliberation, I am suspending my campaign for the office of Governor of the great state of Tennessee.

After criss-crossing the state and meeting thousands of fellow Tennesseans, it was not a light decision to make because you have embraced our conservative message whole-heartedly; however, it is the right choice to make. Also, I know entering the race has not been in vain as many of my heart-felt issues are now talking points of other candidates'.

Again, I can’t express enough of the sincere thankfulness that I have for you and the out-pouring of love and support as a volunteer and supporter you had for this campaign. Jerry and I look forward to my retirement after decades of being an elected official, and we pray that God blesses you and our great state and nation.

I’ve enjoyed getting to know @MaeBeavers and Jerry on the campaign trail over the past year. I look forward to seeing her steadfast conservative leadership be put to work in other ways in Tennessee in the months and years ahead.

Several lawmakers have issued statements in response to the announcement.

"Democrats believe that every American - no matter who they are, what they look like, or where they live - should have the opportunity for a better life for themselves and their family. When American families hear President Trump give the State of the Union address tonight, most of them will not know what country he is talking about. The real state of the union is that despite some families doing very well, too many lack the opportunity for a better life. Too many can't afford to fix their broken car or even buy a small house because they are living on 40-hour work week wages that don't cover food, rent, the electric bill, and medical expenses. Donald Trump's America is not the America we all know and love. Donald Trump's America is not the America that ensures that if you work hard you can make a better life for yourself and your family. Democrats believe in a different America. Democrats believe in an America in which we should build up access to the American ideal for all, and not just a few," said Mary Mancini, Chair of the Tennessee Democratic Party.

"Sen. Beavers and I got to know each other during my time as ECD Commissioner and I applaud her efforts to serve Tennessee with passion and a conservative vision. Jenny and I wish Sen. Beavers and her family the best as they move on to the next chapter,” said Randy Boyd.

“While Mae and I don’t always agree on tactics, we have always agreed on philosophy, and I’ve always known her to be a dedicated conservative who fights for what she believes in. From our time in the state legislature fighting to protect the unborn and to stop a state income tax, we know the conservative movement is stronger when we are fighting for the same cause together. I wish Mae the best and hope that she will continue to be active in the fight in Tennessee," Diane Black.