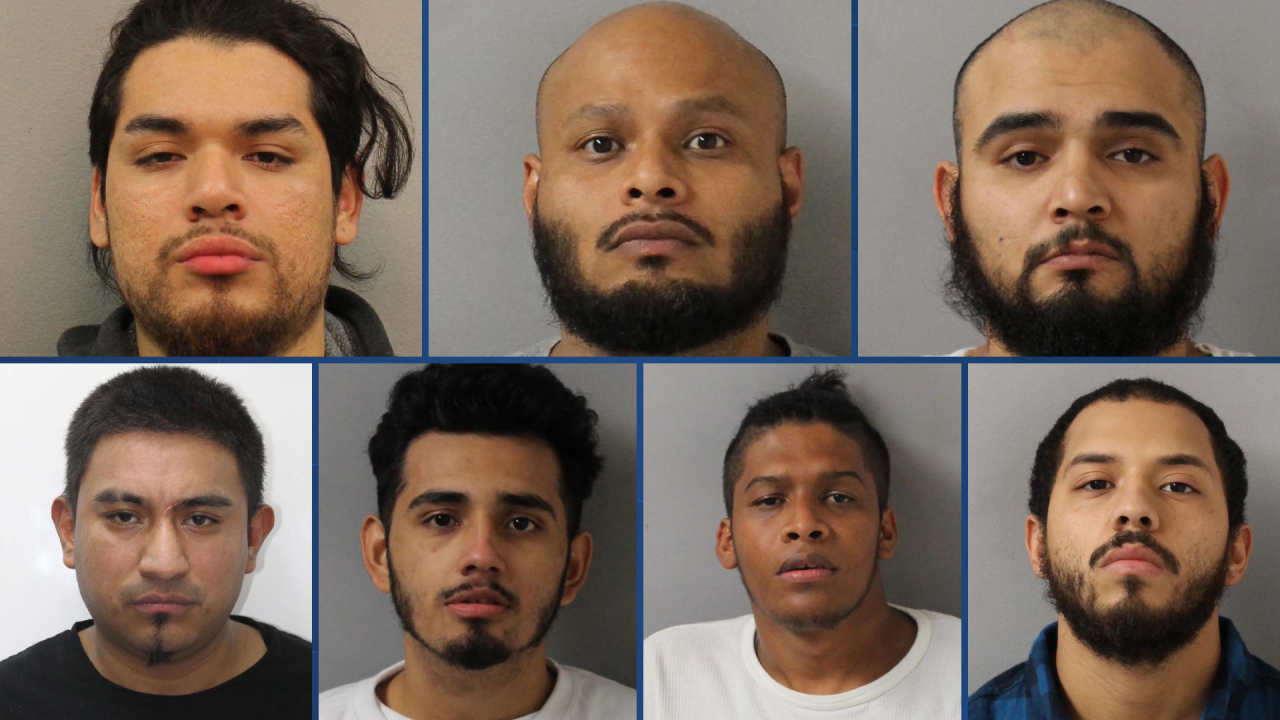 NASHVILLE, Tenn. (WTVF) — Seven MS-13 gang members were indicted by a federal grand jury in Nashville on a 16-count superseding indictment. They are accused of conspiring to distribute cocaine and marijuana, as well as gun charges.

The following men were charged in the indictment:

Since 2014 the defendants conspired to obtain bulk quantities of marijuana and cocaine for redistribution in and around Middle Tennessee, according to the indictment.

Once the drugs were received, the defendants would reduce them into smaller quantities and sell them in and around nightclubs in Nashville, and from the parking lots and restrooms of these establishments. In order to maximize drug distribution in these nightclubs, they would threaten rival and competing drug dealers who sold and attempted to sell cocaine and marijuana in the nightclubs.

In order to protect their drugs, territory and revenue, the defendants would acquire, carry and discharge firearms, the indictment says.

They would also commit murder, intimidation and assault against anyone who threatened or jeopardized their operations, including rival drug dealers.

The defendants were arrested and will appear before a U.S. Magistrate Judge at a later date. If convicted, they face a minimum sentence of five years in prison up to 40 years.