A woman was killed and others were injured when an EF-2 tornado passed over their homes in Christiana.

A woman was killed and others were injured when an EF-2 tornado passed over their homes in Christiana.

Heavy rain and damaging winds began to sweep through the mid-state around 8 p.m. and continued until early Tuesday morning. During that time the National Weather Service issued a Tornado Watch for most of the mid-state and many Tornado Warnings for areas, including Rutherford County.

Here's a look at radar when a possible tornado moved over Midland Road in Christiana. At least one person was killed and two injured. We will have more reports on damage starting at 4 a.m. on @NC5pic.twitter.com/nixCvs6efc

A home on the 8000 block of Midland Road collapsed under the strong winds, killing one woman. 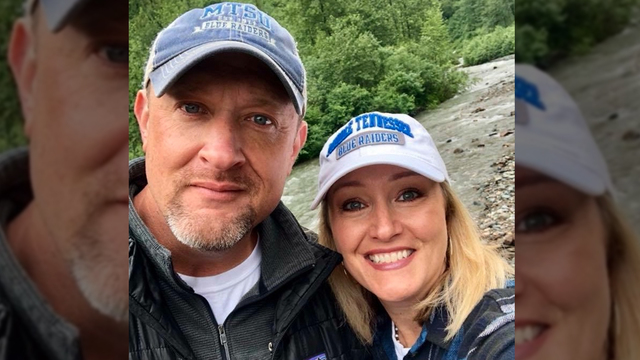 "It's with great sadness we report the passing of Angie Walker in the Tuesday morning storm that occurred in Christiana," according to WGNS.

#UPDATE: Many of you saw our heartbreaking video of dog running near the rubble left behind by this mornings storms. A Rutherford Co. Sheriffs Deputy confirmed the dog, along with another, belonged to Angie Walker, the woman killed in the storm. Both dogs are with family now. https://t.co/lwHKIv8hUH

This marks the first fatality from a November tornado in Middle Tennessee since 2002.

Two other women were injured in a mobile home that was also damaged and rolled over during the storm. They were transported to an area hospital.

First responders said the home appeared as though it had been "cut to pieces," with debris scattered everywhere.

In the same area, a home was significantly damaged in a fire on the 100 block of Barley Road. Fire officials said a man and three children were able to make it out of the residence.

The cause of the fire was believed to be a lightning strike. Fire alarms woke the family up, which allowed them to get out of the home in time.

A fourth home on Midland Road was also damaged when a tree fell on it. A man was inside at the time, but he refused treatment.

Officials urged Christiana residents to stay inside if they had damage nearby, and allow first responders to do clean up the area. At one point, some 1,500 residents were without power.

Several roads were closed throughout much of the morning but have since reopened.