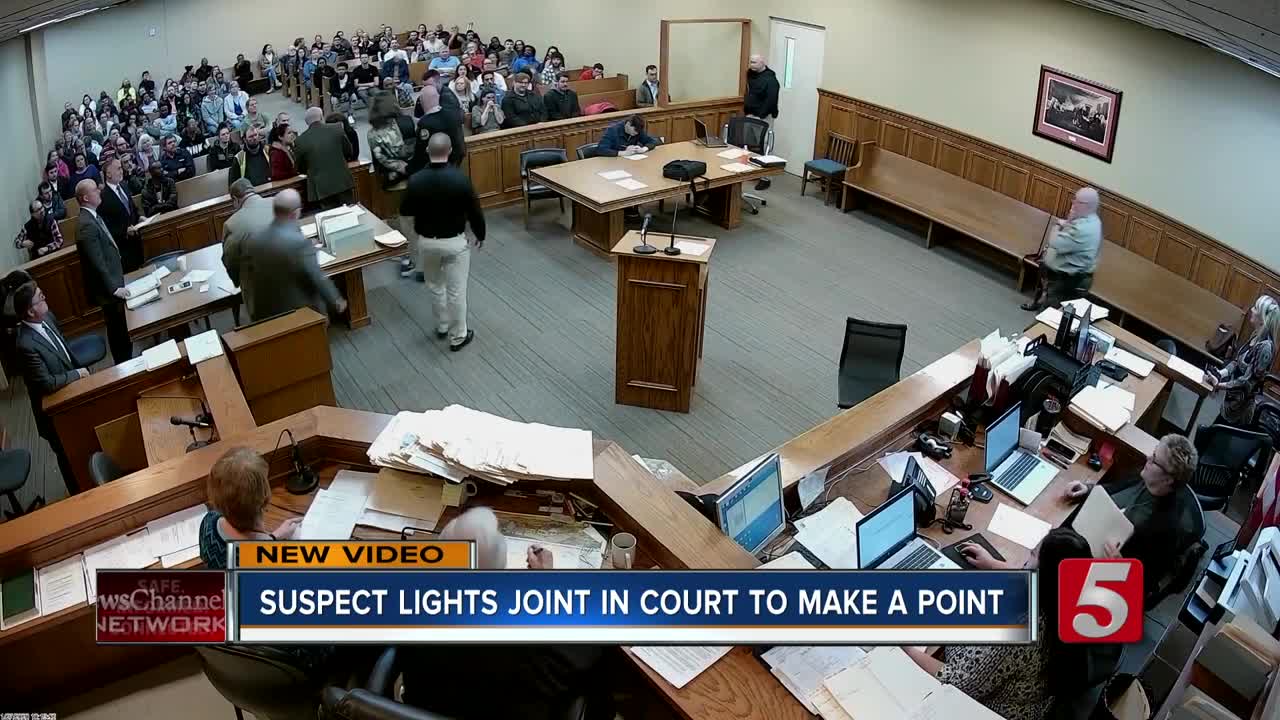 Wilson County Sheriff Robert Ryan talked to NewsChannel 5 about the moment an inmate lit a marijuana joint while in court. LEBANON, Tenn. (WTVF) — Wilson County Sheriff Robert Ryan talked to NewsChannel 5 about the moment a suspect lit a marijuana joint while in court.

The man, Spencer Alan Boston, appeared in court Monday on a marijuana possession charge. The sheriff says Boston approached the bench to discuss his sentence and that's when Boston pulled the marijuana from his pocket in front of the general sessions judge.

As the court officers quickly approached him, the inmate began talking about his desire to see marijuana legalized in Tennessee. Watch the video below:

“One of the craziest things I’ve seen,” says Sheriff Bryan.

The sheriff said Boston was led out of the courtroom through a small cloud of smoke. As was removed, he made a statement along the lines of "we deserve better," referring to the legalization of marijuana.

Lieutenant Scott Moore with the Sheriff's Office believes he planned the stunt to make a statement, saying "I think he knew what he was doing before he came to court."

Boston was booked on a second charge of simple possession and received ten days for contempt of court.