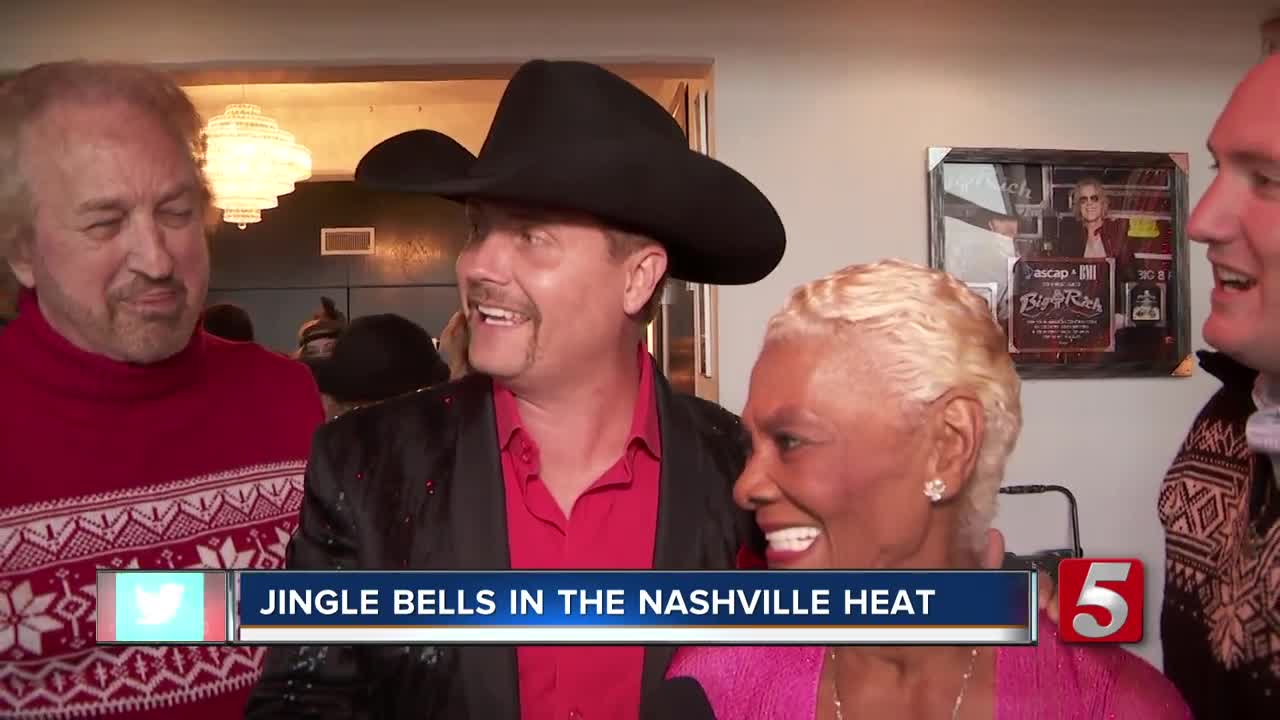 Since the days of Elvis Presley recording Christmas songs on Music Row in Nashville, artists have been recording holiday albums in the heat of summer, and that was no exception for the recording of Dionne Warwick's "Jingle Bells" music video featuring John Rich, The Oak Ridge Boys, and Ricky Skaggs. 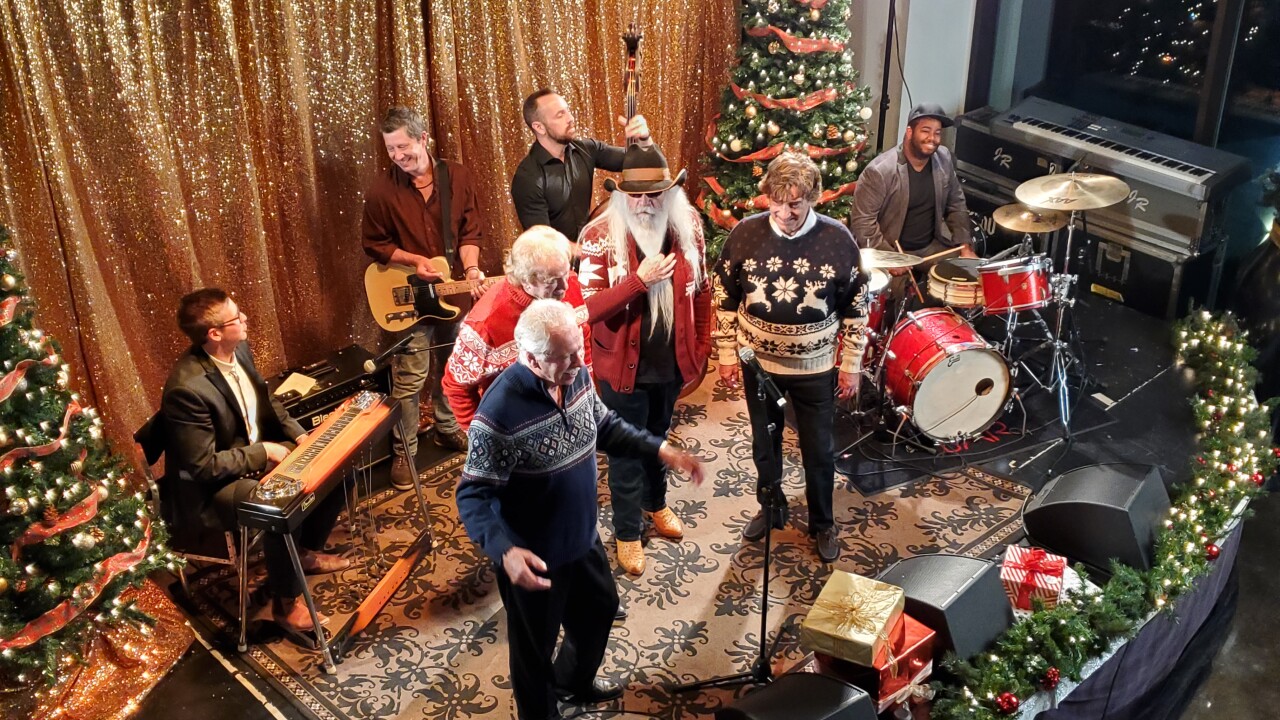 NASHVILLE, Tenn. (WTVF) — Most people start listening to Christmas music after Thanksgiving, and some listen to it right after Halloween.

But very few listen to Christmas music when it's nearly 100 degrees outside. Sometimes, though, that's when the songs are recorded.

Since the days of Elvis Presley recording Christmas songs on Music Row in Nashville, artists have been recording holiday albums in the heat of summer, and that was no exception for the recording of Dionne Warwick's "Jingle Bells" music video featuring John Rich, The Oak Ridge Boys, and Ricky Skaggs.

“You know what, this is the part of the year that we usually do Christmas, in the Summer," Warwick said at John Rich's house, where the music video was being shot back in September. It was during a record-breaking heat wave, and on this particular day, it was 96 degrees outside.

The theme of the music video was a "Gatsby-meets-Nashville" style, with some people dressed in flapper clothing, while others dressed in holiday sweaters.

While it surely didn't feel like Christmas temperature wise on the day of the video shoot, Warwick herself had no issues getting into the holiday spirit.

“I wish it could be Christmas every single day," Warwick said. "It’s the only time people are actually human, you know? They care about each other, they open doors for you, they carry your packages for you, they say hello, they smile. You know, it’s a wonderful time of the year.”

The video shoot started in the heat of day and wrapped up after the sun set, and throughout the shoot, everyone had a great time dancing and getting festive with Warwick, Rich, and The Oak Ridge Boys on hand.

“It’s entitled ‘The Voices of Christmas’ and these are the voices that I wanted to sing with," Warwick said of her Christmas album that was recently released, adding that she had a great time creating the album and shooting the music video for "Jingle Bells" on that Nashville day.

Rich and the Oaks all said it was a thrill to not only be in the music video with Warwick, but to be invited to sing with her on the album in the first place.

“I said who don’t want to sing on Dionne Warwick’s Christmas record, raise your hand! And everybody went, I want to sing on it too!" John Rich proclaimed at the music video shoot.

Those who listen to Warwick's "Jingle Bells" or see the music video, which has yet to be released, will have no idea it was shot during the summer, but even if they did, Warwick, Rich, and the Oaks said it's fine as long as it brings a smile to people's faces and gets them in the holiday spirit.