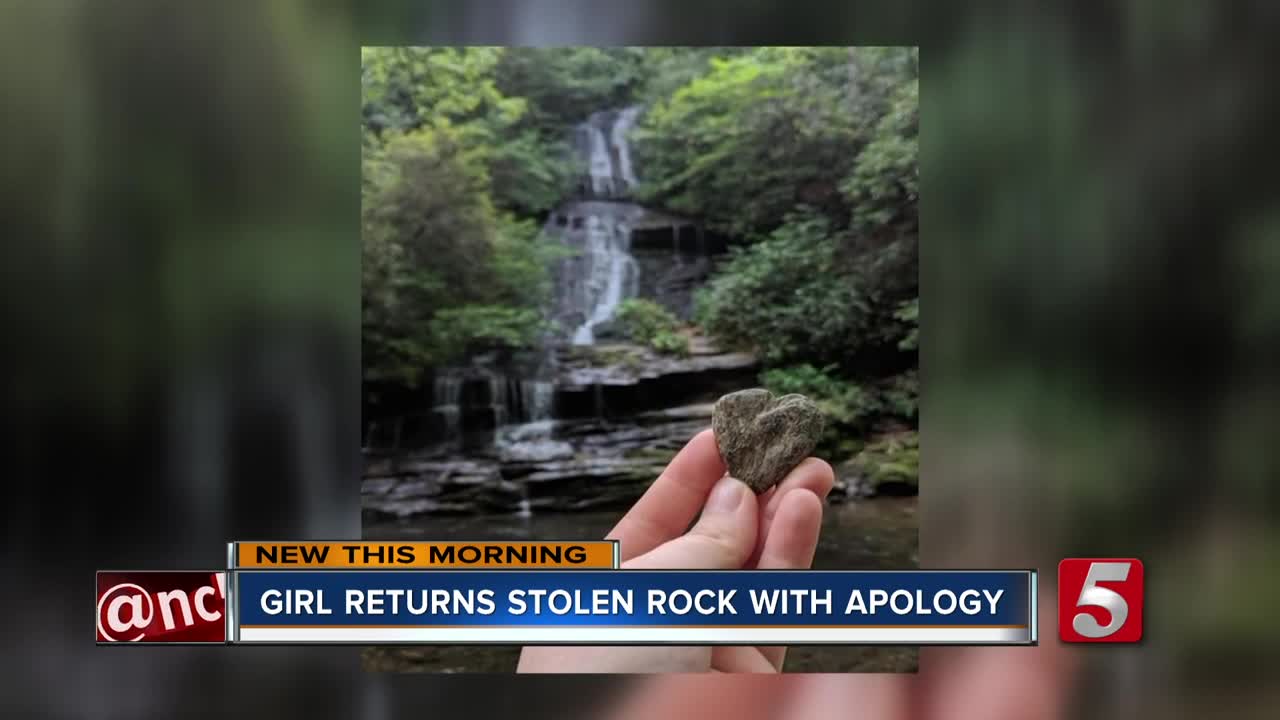 Park rangers at Great Smoky Mountains National Park were sent an apology in the mail that included the return of stolen stone. 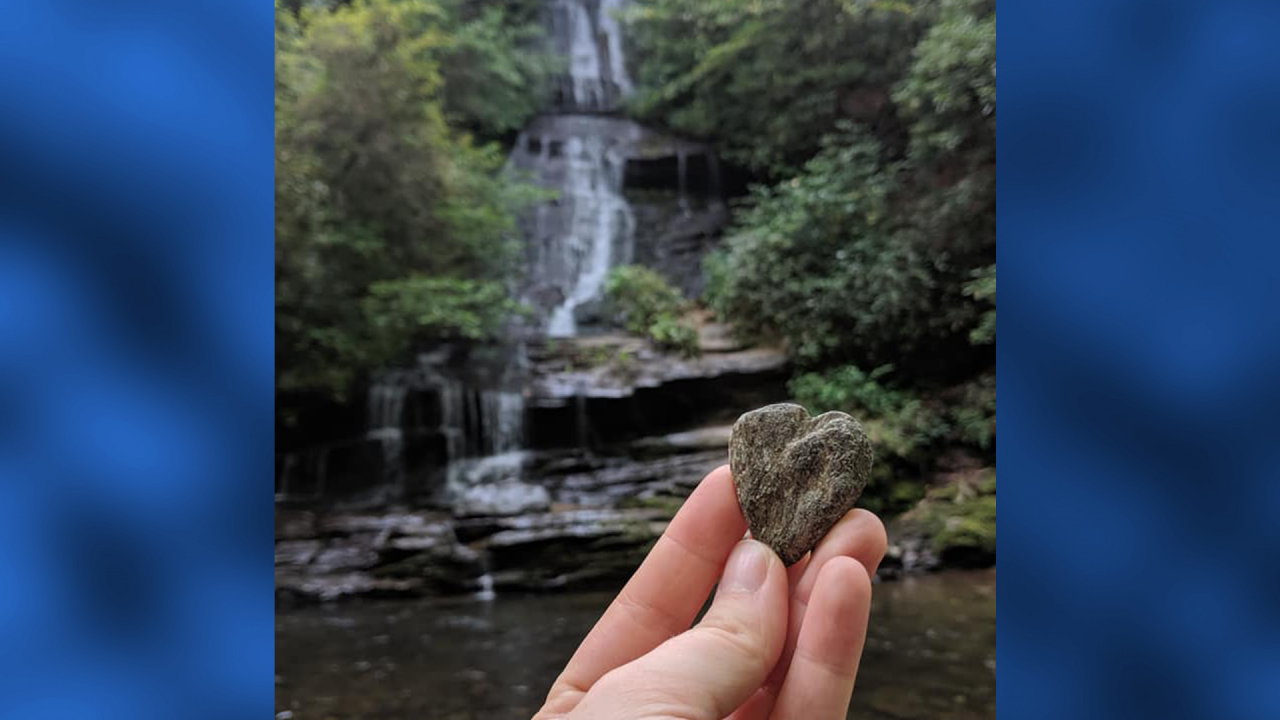 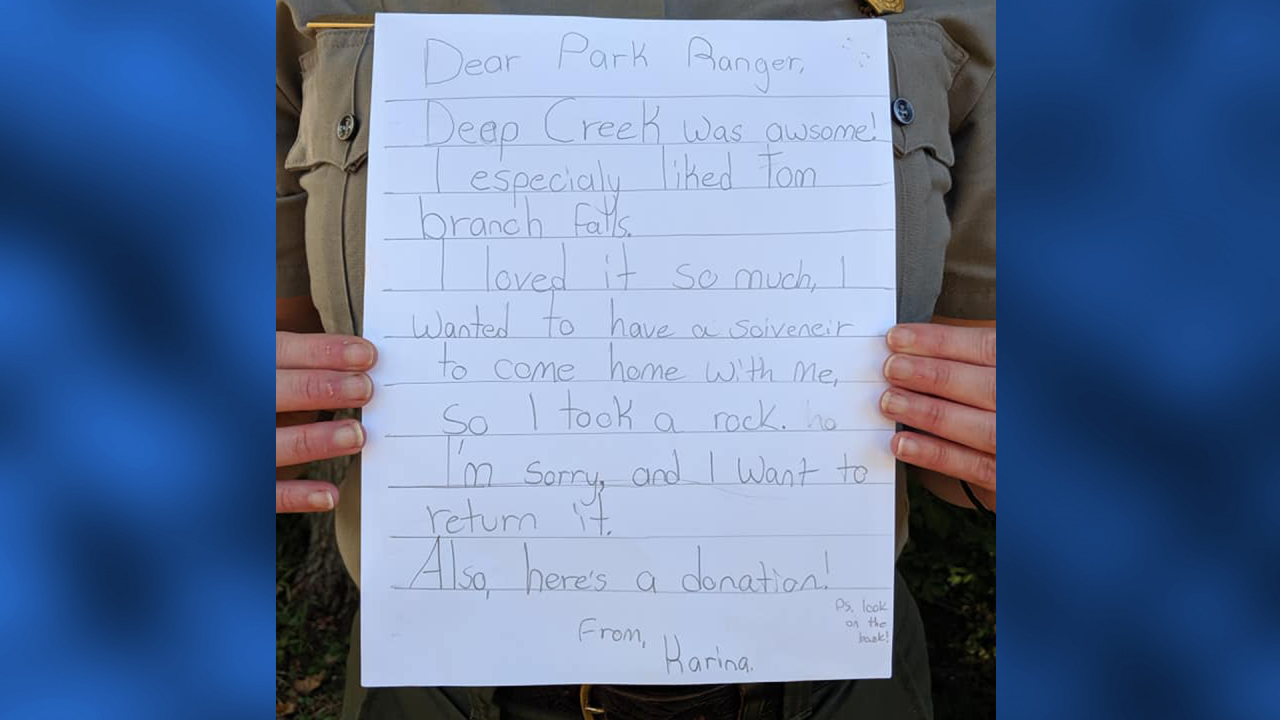 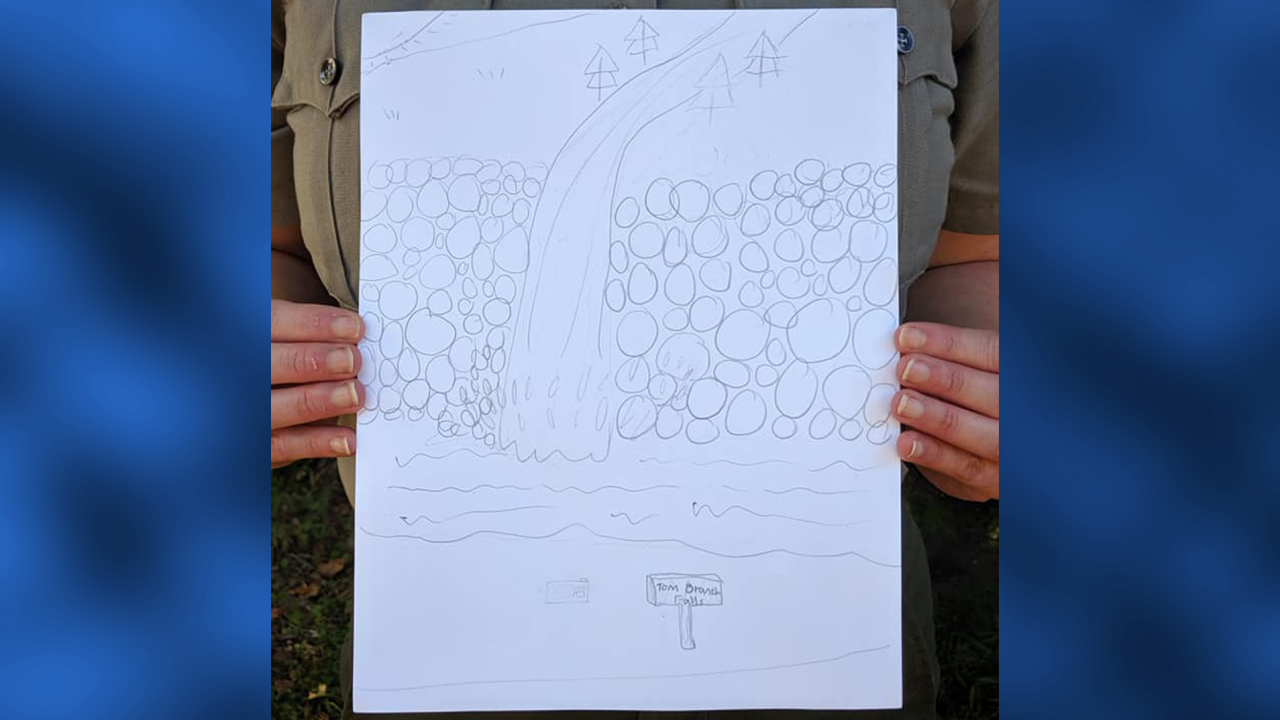 (WTVF) — One visitor to the Smoky Mountains did something that really surprised the park rangers.

Park rangers at Great Smoky Mountains National Park were sent an apology in the mail that included the return of stolen stone.

A tourist named Karina loved her visit to the park so much she wanted to take a heart-shaped rock "souvenir" home with her.

But she later felt guilty and returned the rock with her apology and a donation to the park.

Dear Park Ranger,
Deep Creek was awesome! I especialy [sic] liked Tom Branch Falls. I loved it so much, I wanted to have a soiveneir [sic] to come home with me, so I took a rock. I'm so sorry, and I want to return it.
Also, here's a donation!
From, Karina

The rangers posted that letter along with a picture Karina drew on the back online thanking her for the gesture.

They pointed out that if every visitor took such a souvenir the park would lose some eleven million rocks every year, and before long not much would be left.