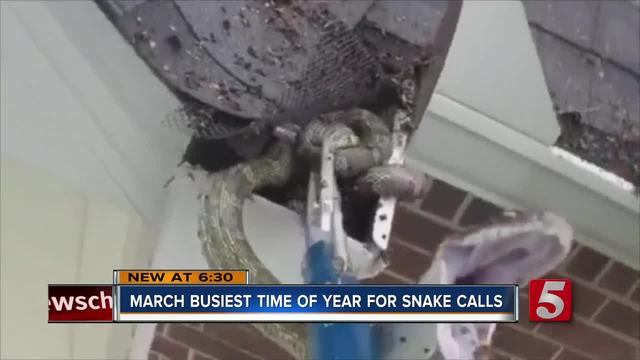 Most people hate snakes, and if you’re one of them then wildlife experts have a big warning for you. 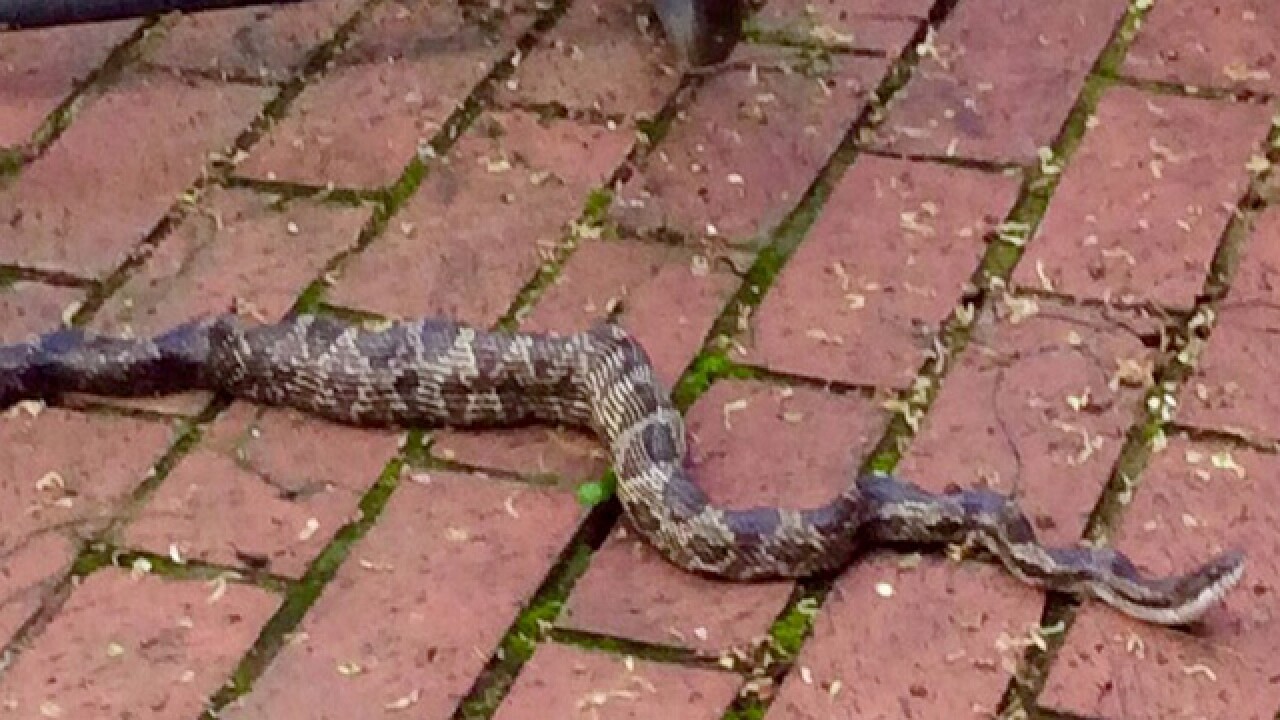 Most people hate snakes, and if you’re one of them then wildlife experts have a big warning for you.

The recent heavy rain and brief warm up we saw last week have brought snakes out of hibernation.

Several Metro neighborhood Facebook pages have been seeing a lot of chatter about snake sightings, and wildlife officials confirm they're getting more calls.

March is the busiest time of year for snake calls, and this year, they’re seeing even more.

“We had this warm, brief spell a couple of weeks ago, and snakes started coming out in full force,” said Animal Pros owner Ryan Hall.

Hall has been seeing a huge spike in snake calls, and most of them are found in people’s homes.

“Snakes aren’t just limited to foundation openings. They are very capable of going top to bottom of a home and find an opening,” said Hall.

He said the most common snake in Nashville is the Gray Ratsnake.

There are some things you can do around your house to make it less appealing to a snake.

Make sure you keep the overgrowth cut back.

Cover all holes and openings, including the fork lift holes at the base of an air conditioner unit.

Also, make sure no trees touch your roof because a snake can crawl onto your roof and slither into the attic.

Prevention is the best thing you can do, but if you spot a snake, immediately call a wildlife removal company or Tennessee Wildlife Resources Agency and they will safely relocate it.

Wildlife experts are seeing a lot more wildlife encounters across the board here in the Nashville area because there’s been so much construction and so many people have moved here in recent years.