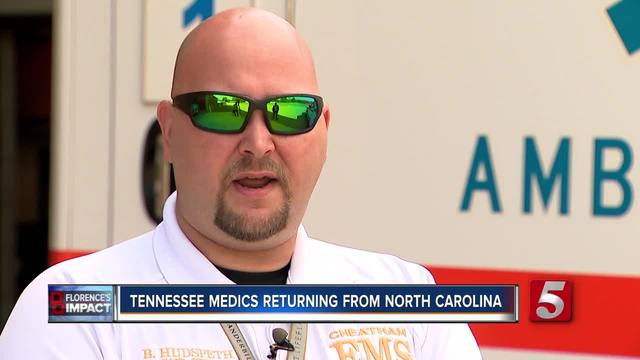 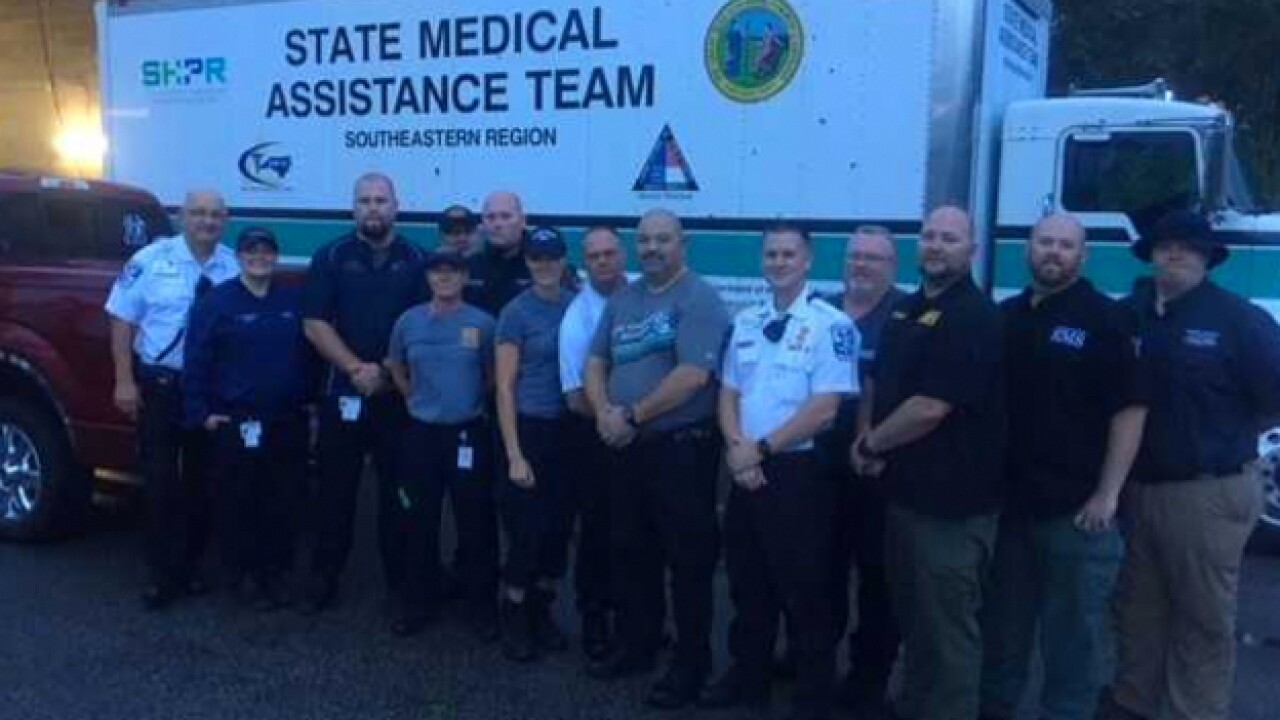 During the height of the hurricane, the team encountered heavy flooding, strong winds, some power outages and tornadoes.

For part of their mission, they helped the New Hanover County Emergency 911 dispatch center which was flooded with calls.

"They’re a busy service without the hurricane so having the hurricane on top of their every day stuff that still goes on is overwhelming," Hudspeth said.

The crews worked around the clock with little sleep and hot meals but Hudspeth said it's in his blood to help people no matter their situation.

"It’s in my blood, my dad was in law-enforcement when I was a kid growing up for 25 years and I just can’t think of anything else I’d rather be doing," he said.

The team drove nearly two-thousand miles during their rescue mission to the Carolinas.