Stackable Condos: A First In Nashville 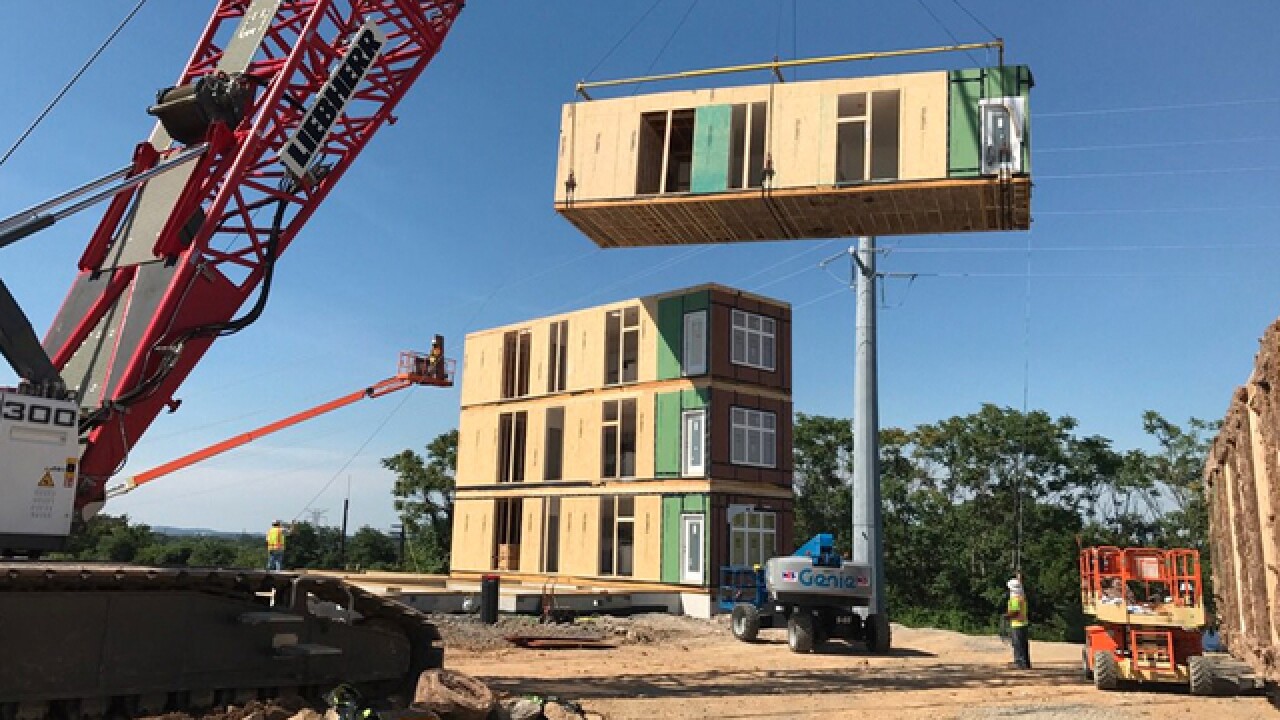 As construction never ceases to end in the growing city of Nashville, development for residential properties has recently taken a creative approach.

Alloy is an 82-unit condominium development on Herron Drive near the Fairgrounds. It is developed by Kent Campbell, Vice President of Nashville-based Core Development.

The property has all the bells and whistles of a modern and urban community with plans to include businesses like a Bongo Java.

However, it's how the condominiums are being built that continues to catch the attention of other developers and local architects.

"Rather than site build, we decided to go on a modular approach which allows us to build major components of the building in factories in other states and have them assembled here," Campbell told NewsChannel 5.

The units arrive wrapped and are individually stacked on top of each other.

Here's an example of one of the Alloy units being stacked with the others. Residents expected to move in by this October. @NC5 pic.twitter.com/XA2dfSvaqg

The modular approach is not anything new but it is a first in Music City. It is supposed to be climate controlled, quieter to build and help reduce waste and labor.

"When you presell a condominium the buyer wants to get in as soon as possible, so using this approach would get them in 12 months as oppose to 18-20 months for a project this size," Campbell added.

Campbell closed the finance in December and started the foundation in February. Each unit or module takes about nine days to complete.

He hopes to get residents moved in by October, and so far, there are already 64 contracts.

"The view is beautiful," Paige Hamilton, a future resident, said. "I'm so excited because there is going to be a dog park and pool so I'm just ready to move in."

While there are no affordable housing units under the legal definition, Campbell said he launched a marketing effort with 40 units priced under $200,000, which is considered "entry level" prices.

The Tennessee Department of Commerce and Insurance have had discussions with the city and will be involved in future meetings.

The modules are inspected in the factory to meet state requirements, according to the state.

Metro would still have to conduct all electrical, plumbing, HVAC and fire protection inspections.