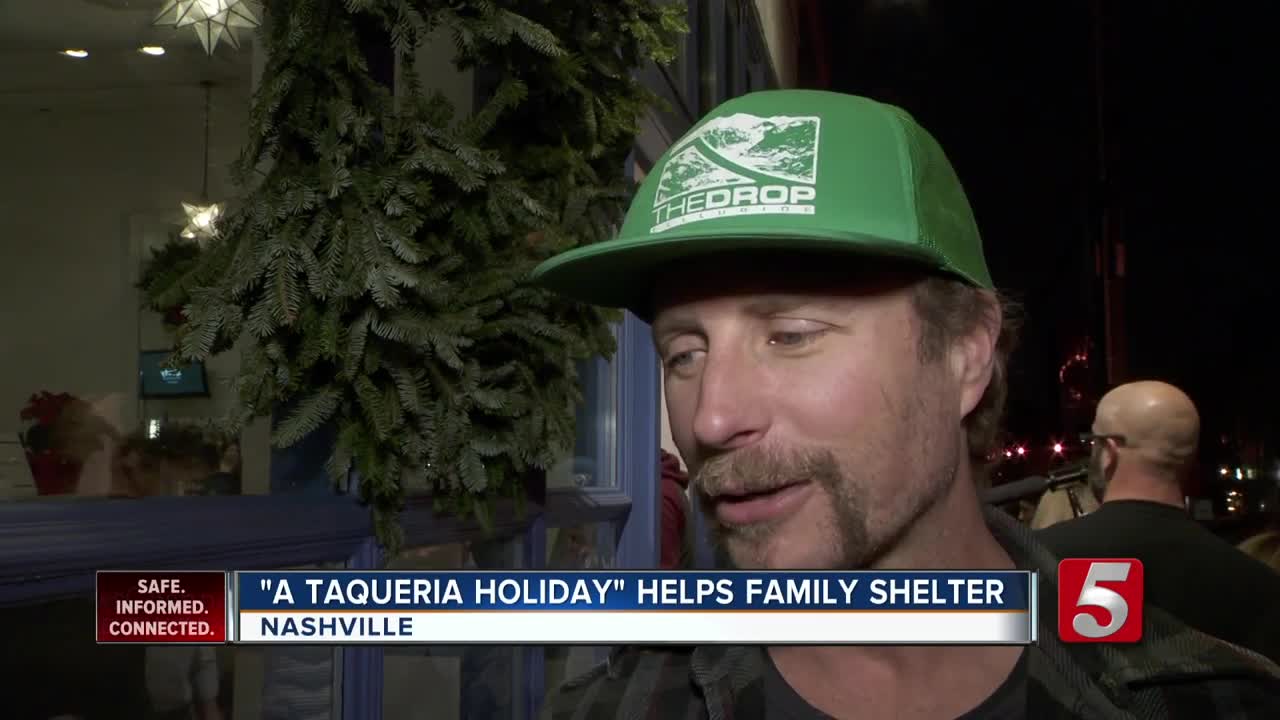 A 12 South staple typically closed on Mondays opened its doors for a special cause.

NASHVILLE, Tenn. (WTVF) — A 12 South staple typically closed on Mondays opened its doors for a special cause.

Chip Es-ten and Dierks Bentley were among the country stars to visit and meet with fans... but say it's not about them.

"We just come by and eat tacos, have some tequila and talk to folks. We don't deserve the credit, but we appreciate it," said Bentley. "There's a lot of folks building the house, and we are guys who walk by and hand somebody a nail."

Bentley is also among nine other donors who will match the proceeds from tonight's event.