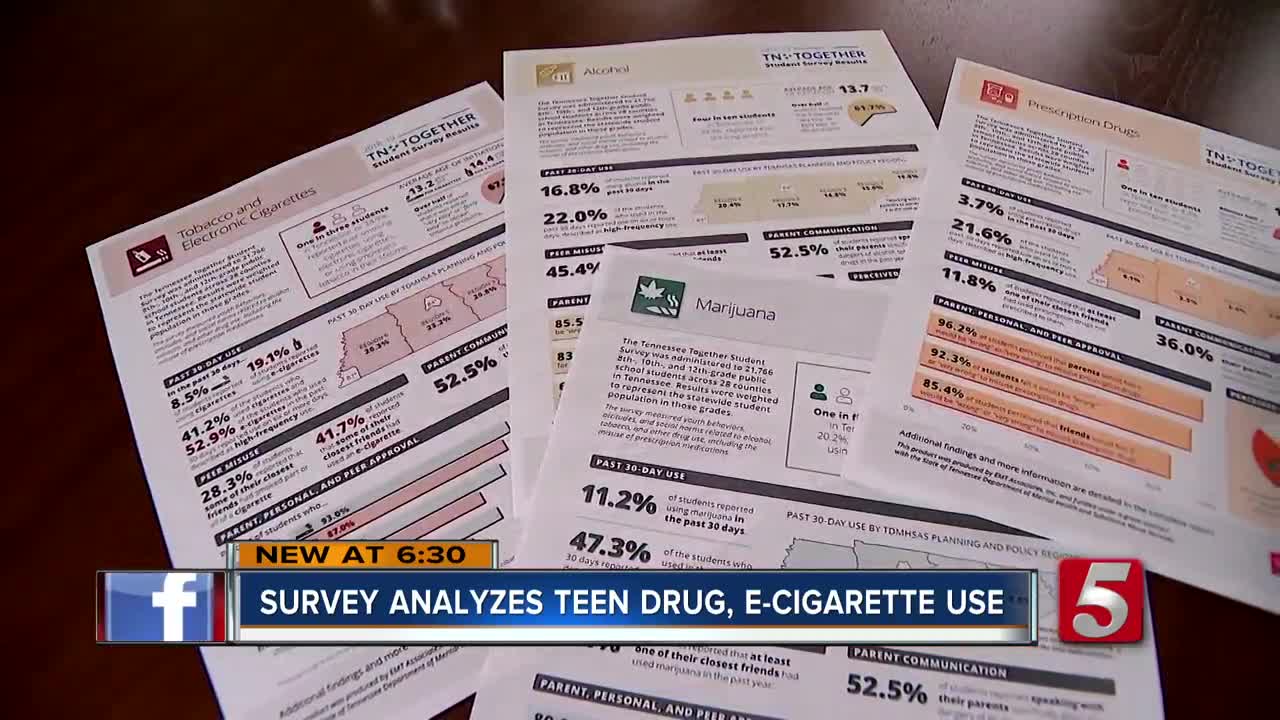 The state is releasing the findings of its first TN Together Student Survey, which show the need for more awareness and education to prevent substance abuse among children. 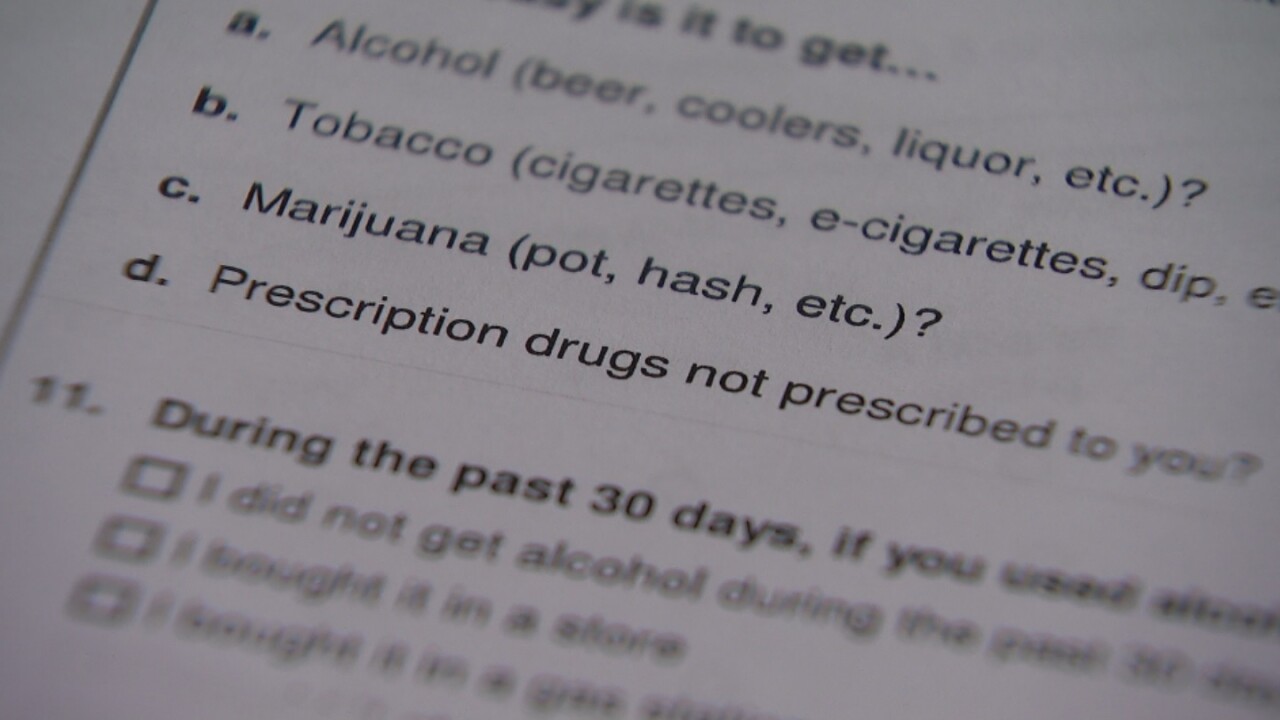 NASHVILLE, Tenn. (WTVF) — The state is releasing the findings of its first TN Together Student Survey, which shows the need for more awareness and education to prevent substance abuse among children.

The survey, conducted by the Tennessee Department of Mental Health & Substance Abuse Services and EMT Associates, Inc., reached more than 21,000 students across 28 counties with the help of local anti-drug coalitions. Williamson, Dickson, Smith and Putnam Counties are among the school districts that agreed to participate.

The non-mandatory, anonymous paper or online survey asked students in grades 8, 10, and 12 in the last school year about prescription drug misuse, and marijuana, alcohol, cigarettes, and electronic cigarettes use. It allows the state to analyze data in a more local level compared to other national surveys.

Davidson and Shelby Counties were two of multiple districts that chose to opt out based on a variety of reasons including avoiding extra work load for teachers.

Aside from individual uses, the survey found how students perceived the risk of certain substances, what age they were first exposed to it and how they communicate with parents.

TDSAMHS Director of Prevention Tony Jackson said the survey gives the state a foundation to operate from to see what is or is not working in communities across the state. It will allow them to apply for more grants that would have a bigger impact on areas where the problem seems worse.

With only fewer than half of students reporting their parents have had explicit conversations about drugs and alcohol, Jackson urged parents to start talking to their kids even earlier.

"Parents should realize that engaging earlier is better than later because they may have already been exposed. If we're seeing the age initiation of 13 or 14 for some other substances, you need to talk to youth before the age of 13 preferably or 10 or even before then," Jackson said.

Researchers plan to conduct a second survey in the upcoming school year and hope to reach out directly to superintendents and work with the Tennessee Department of Education to involve more students. If applied to all chosen grade levels in the state, the survey would reach roughly 213,000 students.

The survey found one in three students in Tennessee, or 35%, reported ever smoking cigarettes. Almost all the kids using an electronic cigarette were also smoking regular cigarettes, according to Hartigan.

Fourteen is the average age a student first used an e-cigarette, but 13 for a regular cigarette. Nearly 20 percent of the students surveyed reported using e-cigarettes in the past 30 days. While more than two-thirds of students consider cigarettes to have a great risk, the percentage is even lower when it comes to e-cigarettes.

One in ten students reported ever misusing prescription drugs, which are mainly obtained from friends and family. Almost half of students say it was easy to obtain drugs that were not prescribed to them.

Nearly 85 percent of the students viewed prescription drugs as having a moderate or great risk, which Hartigan attributes to the state's effort to educate about the dangers of drug misuse.

About two-thirds of students were exposed to some type of messaging or campaign alerting them of the dangers.

The perceived risk is lower than 50 percent.

The average age students are introduced to marijuana is 14 years old.

Alcohol remains consistently high but not unexpected based on national surveys. Four in ten students used alcohol despite the perceived risk being 71 percent among students.

More than half say it is easy to obtain alcohol.