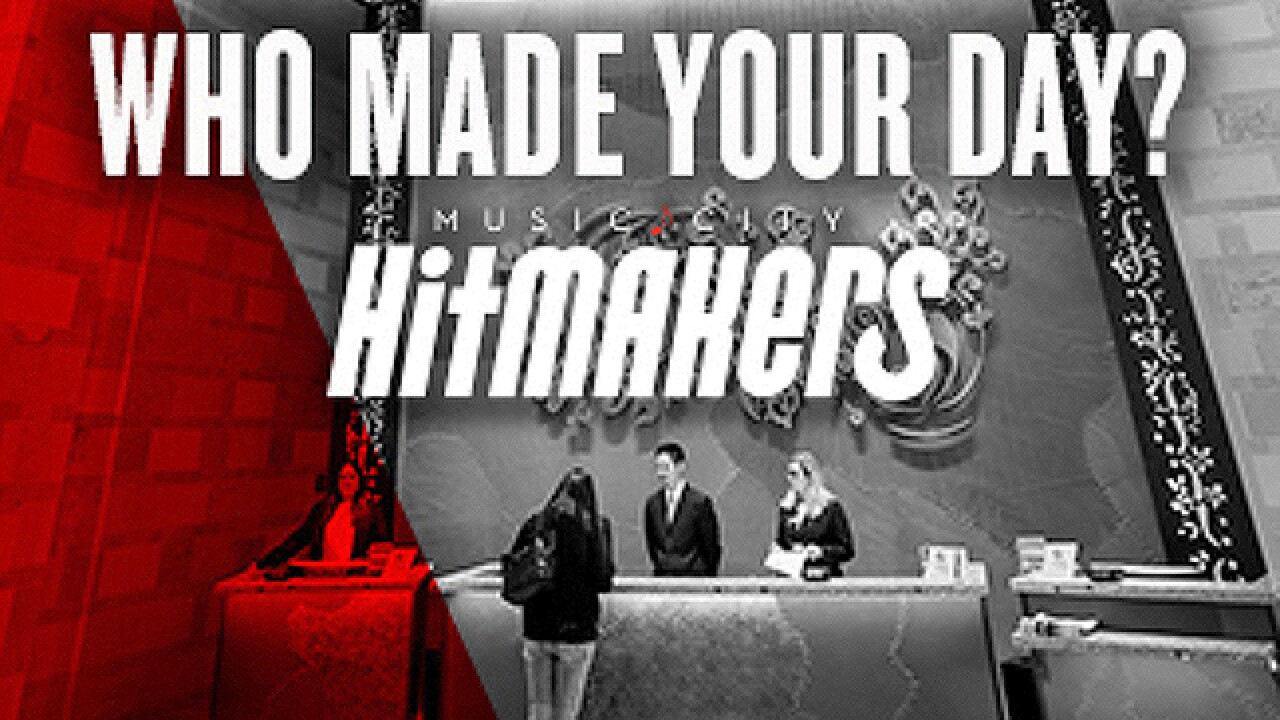 From family reunions to music lovers from around the world, more than 14 million people visit Nashville every year, and they spend almost $6 billion while they’re here.

More than 60,000 jobs, including Antwain Stallworth’s, are supported by Nashville Tourism.

“As long as I can make everyone feel at home, I’ll be good to go,” said Stallworth.

He’s a front desk agent at the Clarion Hotel downtown and was recently honored with a Hitmaker Award from the Nashville Convention and Visitor’s Corp.

Every month a hospitality worker is awarded after getting nominated by a tourist.

Stallworth was nominated after helping a couple visiting the hotel.

“You could tell when they walked in they were uneased, and I wasn’t sure why. Later I found out why, and at my desk everybody has a smile. You gotta have fun. Everybody who walks by the desk has a smile,” said Stallworth.

He found out the guest forgot an important medical device for his heart, and that hit close to home for Stallworth because his father Robert uses a similar device.

“I decided to move them to the other side of the building to the city side. Wake up to the city, I thought maybe that would make him feel a little better,” said Stallworth.

He also stayed on top of tracking the heart device as it was overnighted to Nashville.

“I didn’t think it was a big deal, I thought, 'I’m supposed to be doing this,' but I guess you don’t get that everywhere,” said Stallworth.

His manager Bob Handzel said he inspires other employees.

“Antwain has definitely been a force for us. I like having people train with him because he comes across very well,” said Handzel.

Handzel and other hospitality leaders hope the Hitmaker Award not only thanks hospitality workers for their effort, but also encourages more top notch service in Music City.

Nomination forms are spread around town at hotels and restaurants. Each month a new hitmaker is awarded, and they’re all honored at a banquet at the end of the year.