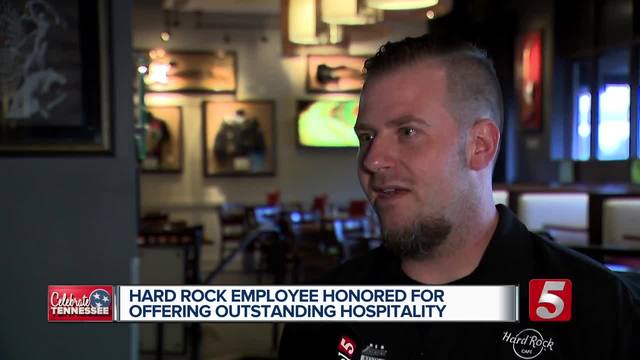 Hard Rock Cafes are in tourist hotspots all over the world, but it’s the good deeds of a Nashville Hard Rock employee that’s earning him notoriety and recognition from the city. 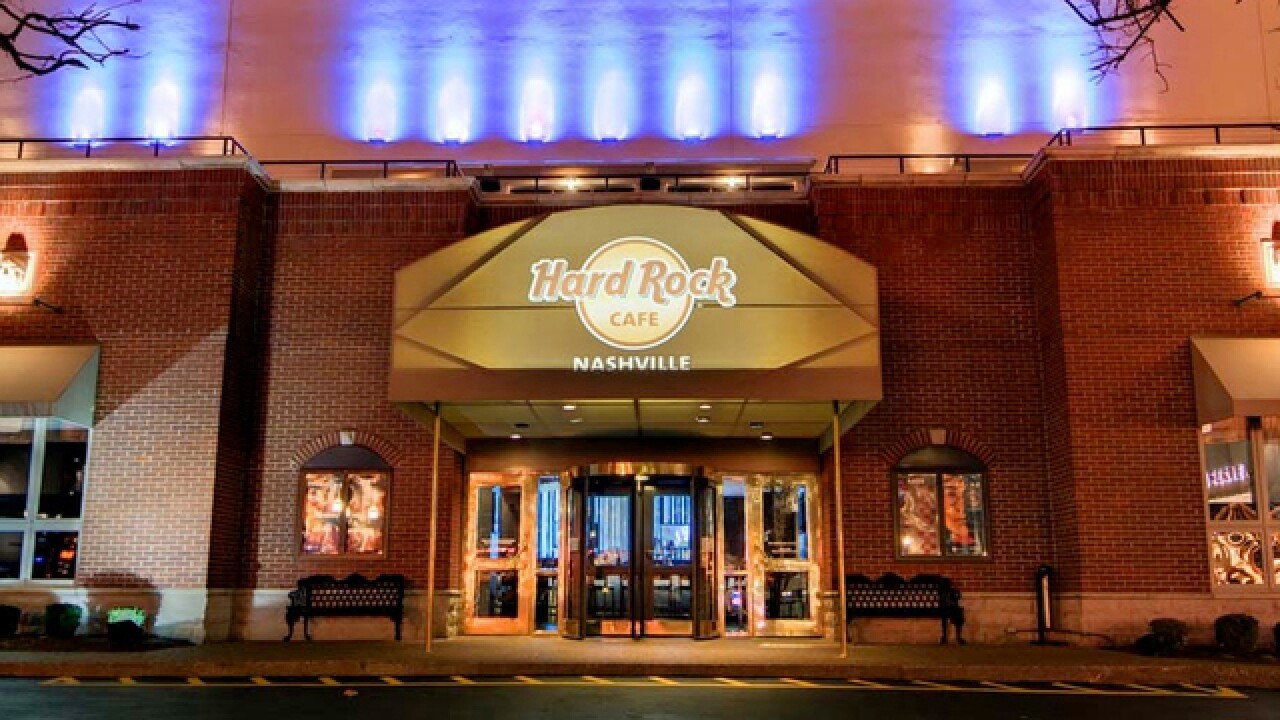 Hard Rock Cafes are in tourist hotspots all over the world, but it’s the good deeds of a Nashville Hard Rock employee that’s earning him notoriety and recognition from the city.

Kevin House is a bartender and server at Hard Rock on Broadway.

He’s working hard to maintain Nashville’s reputation as one of the friendliest cities in the world.

This summer he was awarded with a Hitmaker Award from the Nashville Convention & Visitor’s Corp for outstanding customer service.

He was nominated for the award after impressing a group of women he was serving during their visit from New York.

“They seemed really confused on how to get the Uber here because all the roads were closed. It was CMA week, so I just called the Uber for them. I’m from Chicago myself, so I know a little bit about how those Ubers can be tricky. Especially late at night. Especially during CMA week,” said House.

One of House’s customers was in a wheelchair, and once the Uber arrived, he left his bar to direct the driver through heavy traffic so they could get in the car.

“Just how I was raised. I hope that most people would go about their lives doing things like that,” said House.

And his customers appreciated it saying House had “Southern hospitality at its finest.”

Every month, the Nashville Convention & Visitors Corp sorts through hundreds of nominations to recognize a special tourism worker with the Hitmaker Award.

“I think it will definitely encourage people. Being recognized in this industry is great because we come to work, we work for tips, and we work our butt off,” said House.

House's manager, Sam Lanham, knows with more than 14 million people visiting Nashville ever year and spending more than six billion dollars while there here, it’s important to have impeccable service.

“Music is the heart of our business, but philanthropy is the soul of it, and Kevin has really personified that in his actions,” said Sam.

The whole idea is to let tourists know you don't have to be a star to receive star treatment in Nashville and live by Hard Rock's vow to "Love All, Serve All."

A new Hitmaker is honored every month, and nomination forms are spread throughout hotels, restaurants, and other tourist attractions around town.

You can also nominate someone at this link .