Storm 5 Alert expires after rain moves out of Middle Tennessee 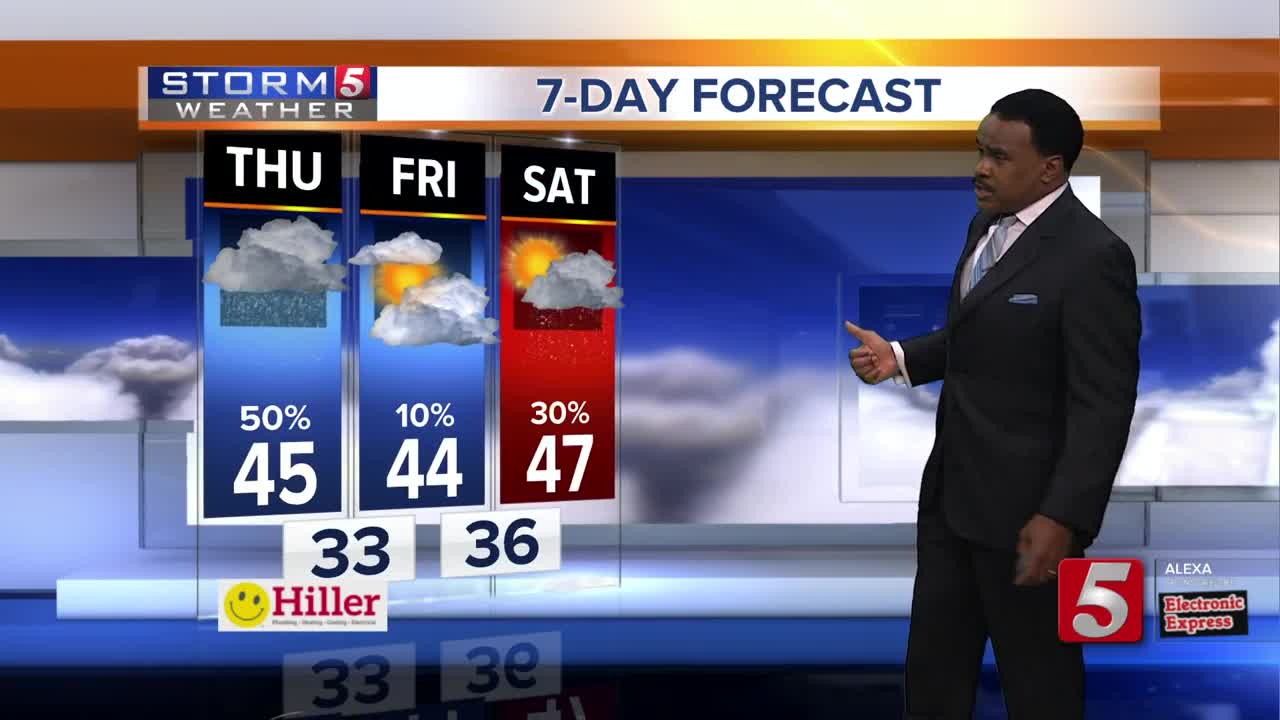 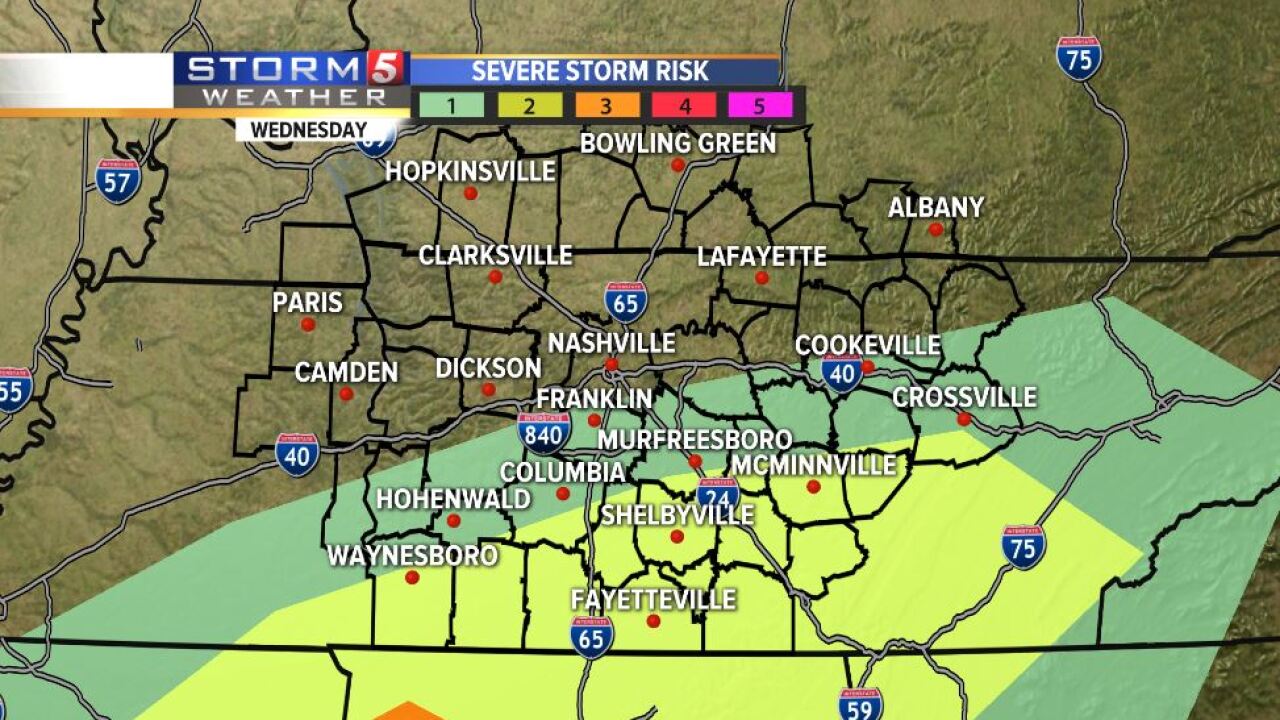 Rain and storms continued to intensify over southern and eastern counties throughout the evening. Heavy rain led to flooding along low lying streets and creeks, which was the primary concern.

Meteorologist Heather Mathis said Tuesday's rainfall saturated the ground and we saw an additional 2-3 inches of rain as storms moved through.

Dozens of roads were closed in multiple counties across the mid-state and strong winds damaged multiple buildings and homes including the Lawrenceburg Public Library.

The threat of strong to severe storms diminished overnight. However, another batch of heavy rain moved in Thursday morning.

A Flood Watch is in effect until Noon Thursday. A few showers will linger during the day Thursday, and as cold air moves in we could see rain transition to a wintry mix. Snow showers look possible into Friday morning with minor accumulations possible.

Stay weather-aware throughout the evening with our live radar and forecasts.