Strong to severe storms are expected to move through Middle Tennessee and could affect the morning commute.

Early Tuesday morning, a line of storms began moving into western portions of the area, particularly along the Tennessee-Kentucky border. 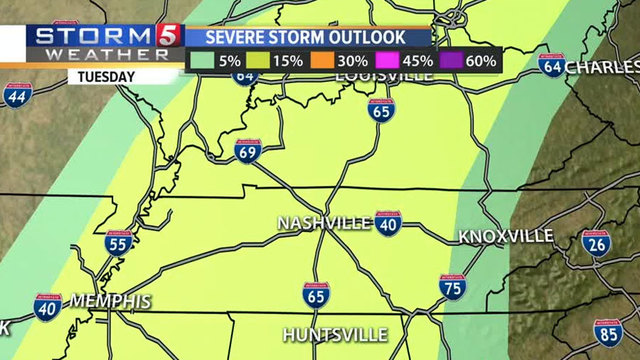 Another round was projected to move through later in the day.

Thunderstorms were widespread Tuesday, with gusty winds and small hail.