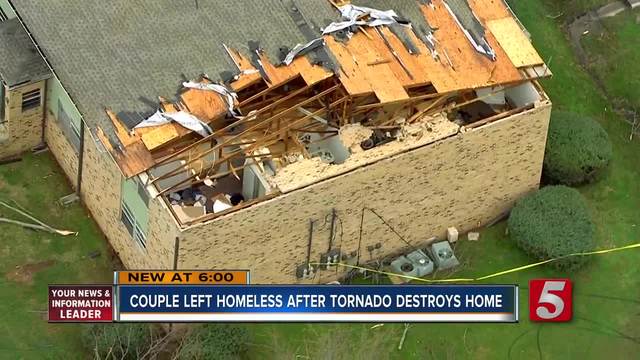 Gone in a matter of minutes. Dozens of people lost everything when tornadoes tore through Middle Tennessee and Kentucky exactly one week ago, destroying their homes. The storm took nearly everything one Hopkinsville couple owned. 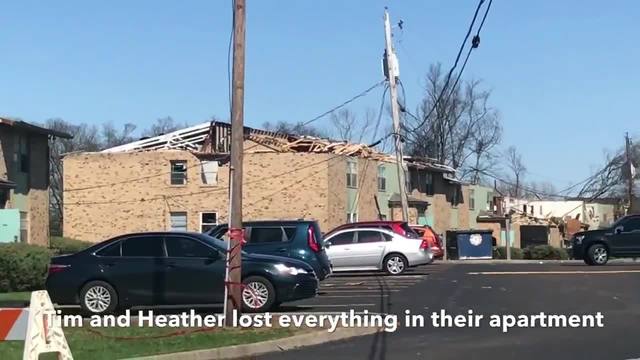 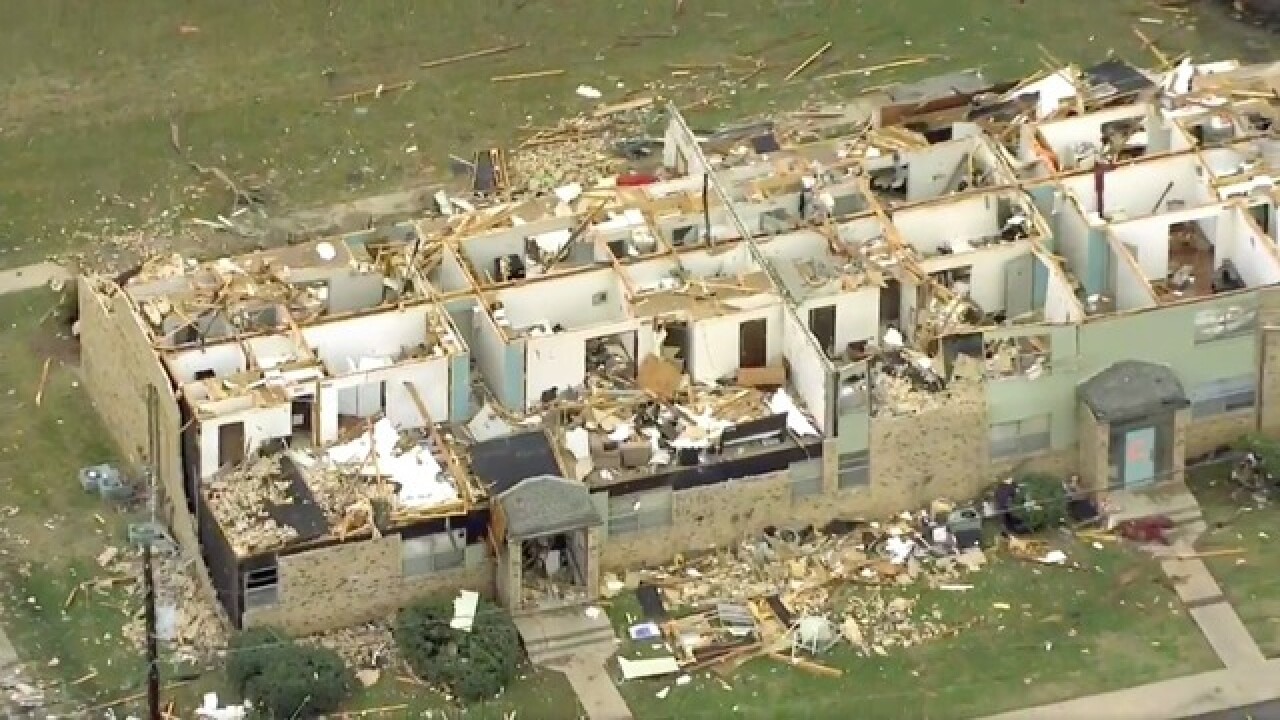 Gone in a matter of minutes. Dozens of people lost everything when tornadoes tore through Middle Tennessee and Kentucky exactly one week ago, destroying their homes.

The storm took nearly everything one Hopkinsville couple owned.

"If it's gusting that's one thing, but if it's just all of a sudden trees going from like this to straight flat-line, no, you don't need to be anywhere near it," said Tim Brock.

Brock and Heather Johnson were right next to an EF-2 tornado, where winds reached up to 135 mph. With nowhere to run, they took cover.

"He said, 'We've got to move now!' I couldn't get my feet under me. I rolled off the futon," said Johnson.

Thankfully, they were not injured, but their roommate was rushed to the hospital after the roof caved in.

The couple said everything they own was left inside their apartment that was destroyed. They have no food, no clothes, and nowhere to sleep. Now their last resort has been to stay at a shelter.

"We're pretty much just living out of our car at this moment. That's actually where our cats are right now," said Johnson.

One week later, the couple no longer has a place to call home, but they told us they're just glad they still have each other.

"It could have been a lot worse than what it actually was. I'm glad that nobody was killed," said Brock.