Saturday storms cause damage and flooding throughout Middle Tennessee 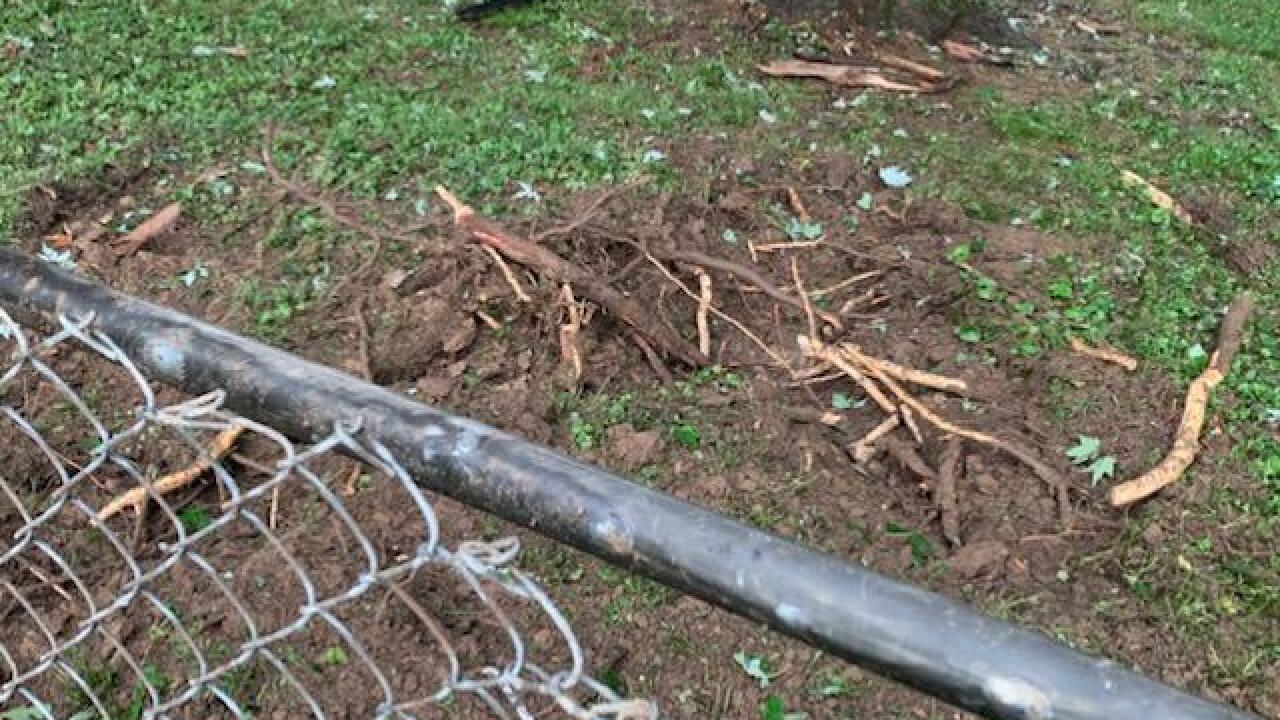 A morning house fire on the 200 block of Ewing Drive in Nashville was the result of a lightning strike near the home.

According to fire crews on the scene, lightning struck a tree in the neighbor's yard. The strike blew the roots of the tree out of the ground, while the current from the lightning arced onto a nearby chain link fence. From the chain link fence, the current traveled down to the home and started the fire.

The owner of the home was taken to the hospital with minor injuries.

Maury County emergency management reported flooding throughout their county. Roads that were reported as having flooded include Mount Joy Road, Terrapin Branch and Taylor Store Road.

Reports of flooding on Terrapin Branch said water had surrounded a mobile home and breaching the foundation.

There was also flooding in the area of Culleoka in Maury County. Multiple roads there have closed.

More images of flooding right now in Maury county near the Culleoka area.

Maury co. officials say multiple roads are closed due to flooding in the area. A Flash Flood Warning in effect there until 9:45 a.m. #tspotter #tnwx pic.twitter.com/YZFSH4ZPrd

A section of Campbell Ridge Road in Kingston Springs was washed out due to the storms. Viewer Doug Culberson sent NewsChannel 5 a photo of that incident, which is below.

In Dickson, following the storms, a hole opened up in the parking lot of the RadioShack in the area. Further details on this incident are not yet known.

Following the storms, a hole opened up in the parking lot of the Dickson RadioShack @nc5 pic.twitter.com/87dHolI9cY

This article will be updated if more storm damage throughout Middle Tennessee is found.