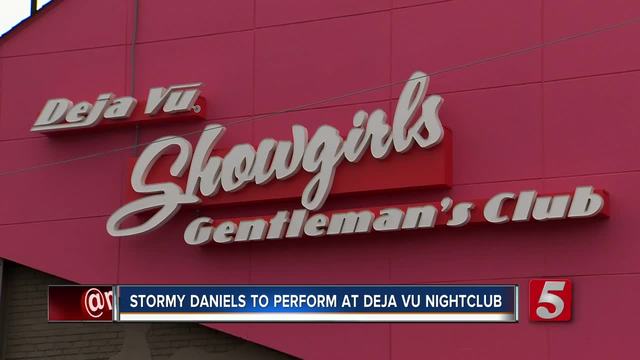 Stormy Daniels will be at Deja Vu night club in downtown Nashville for a show Thursday.

Stormy Daniels will be at Deja Vu night club in downtown Nashville for a show Thursday.

The adult film star has made recent headlines with her admission of an affair with President Donald Trump. She claims she was paid $130,000 a Trump lawyer just days before the presidential election.

The club is expecting long lines for her three-night stint, which was scheduled long before her tell-all 60-Minutes interview aired Sunday.

The club's management said phones have been ringing off the hook since the interview, and most of the calls are not out of excitement.

"We have gotten some phone calls about protesting and they have cussed us up and down, said all kinds of crazy things, but you know we welcome that. We welcome anyone to exercise their right to free speech," said Codi Kent with the club.

Kent said people are welcome to protest, but they asked anyone planning to do so to do it safely.