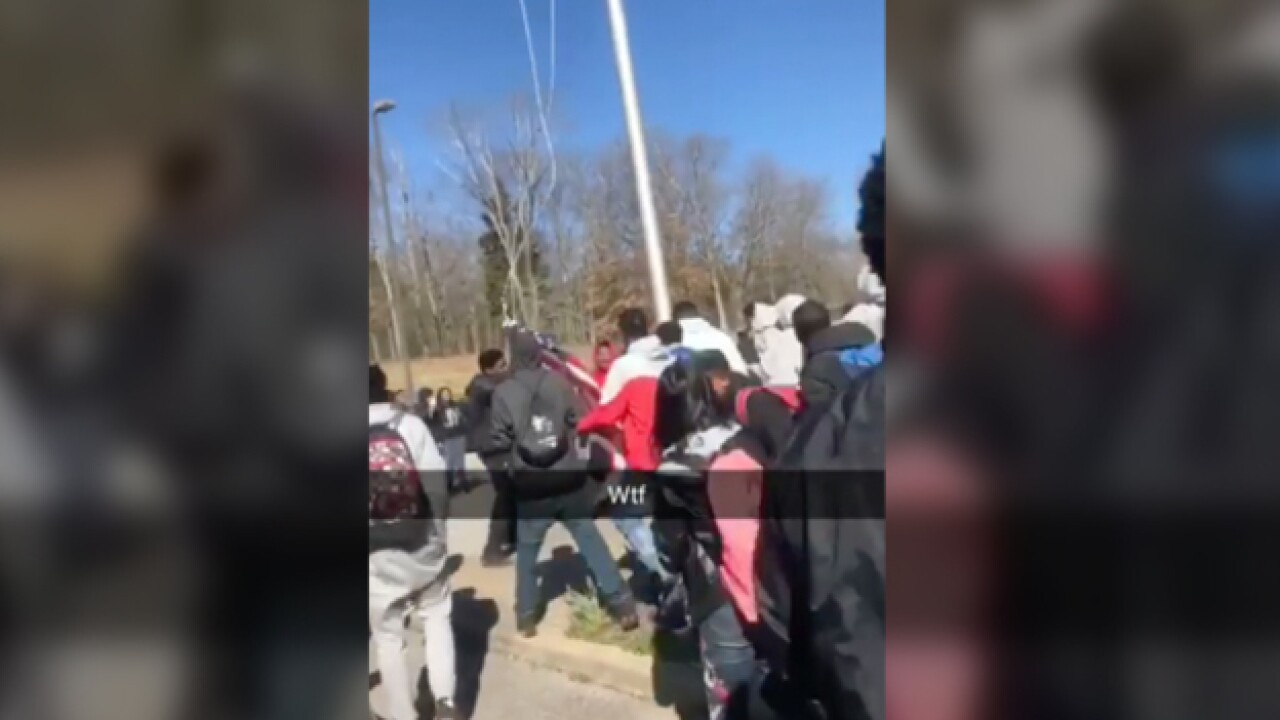 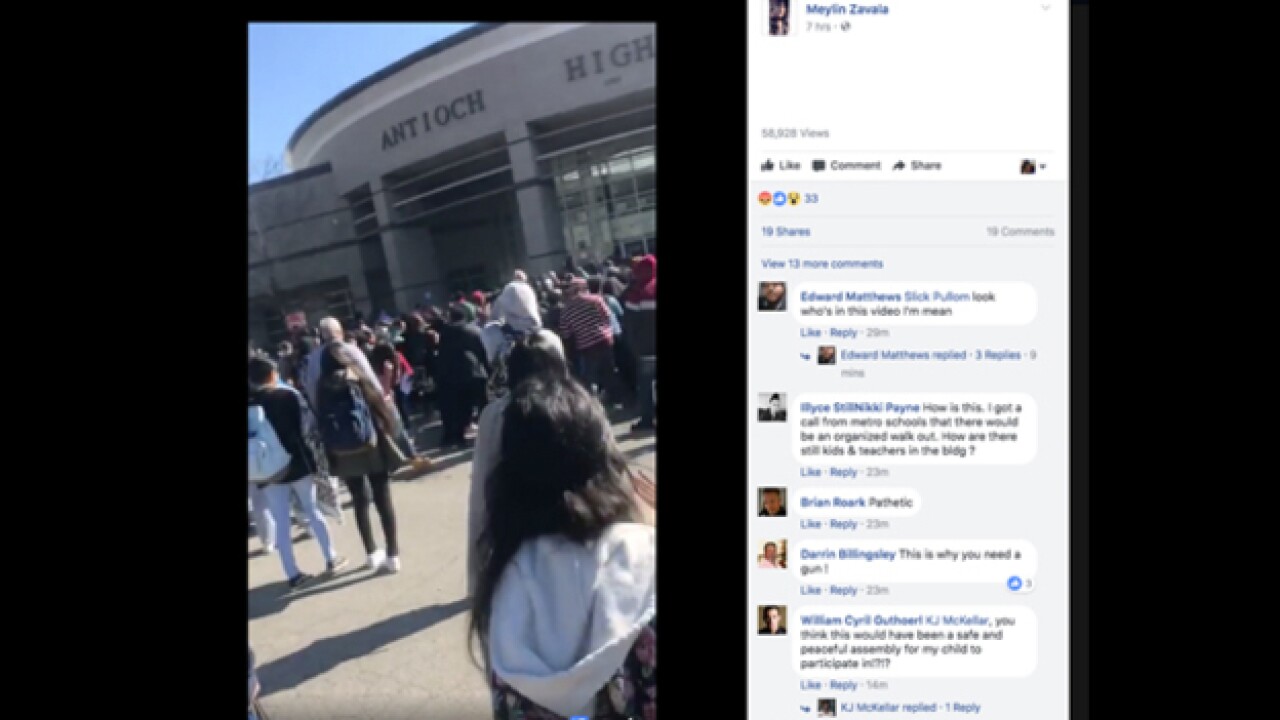 What was supposed to be a moment of solidarity and respect, became what has been described as a time of chaos at Antioch High School during National Walkout Day.

According to Metro Nashville Police officials, during the walkout a few students took down a flag and then jumped on a police car.

Police said they were working to identify who was responsible. No arrests or citations have been issued.

Students across Middle Tennessee and across the country participated in the National School Walkout.

Students and teachers stood outside their schools to observe a moment of silence, lasting 17 minutes to help honor the victims killed in the Parkland, Florida school shooting last month.

At MNPS, we respect the right of our students to advocate for causes that are important to them. Unfortunately, some students on our Antioch campus today chose to protest in ways that significantly disrupted school operations and threatened the safety and order for other students and staff within our school. Swift action was taken by school security and MNPD to address the situation. No students or staff members were injured during the walkout.

The safety of our students and staff is our top priority. Inappropriate behaviors that threaten school safety will be handled immediately and firmly in accordance with the Student Code of Conduct and MNPD.

We understand that our students may be feeling lots of emotions, including anxiety, fear and even anger about today’s events. We encourage parents to talk to your child(ren) about how they may be feeling, and the importance of expressing themselves in appropriate ways while at school. MNPS also has counselors available and ready to talk to students at any time.    We look forward to welcoming students back tomorrow for a great day of teaching and learning.

A student posted these videos of the outburst. WARNING some videos may contain foul language.