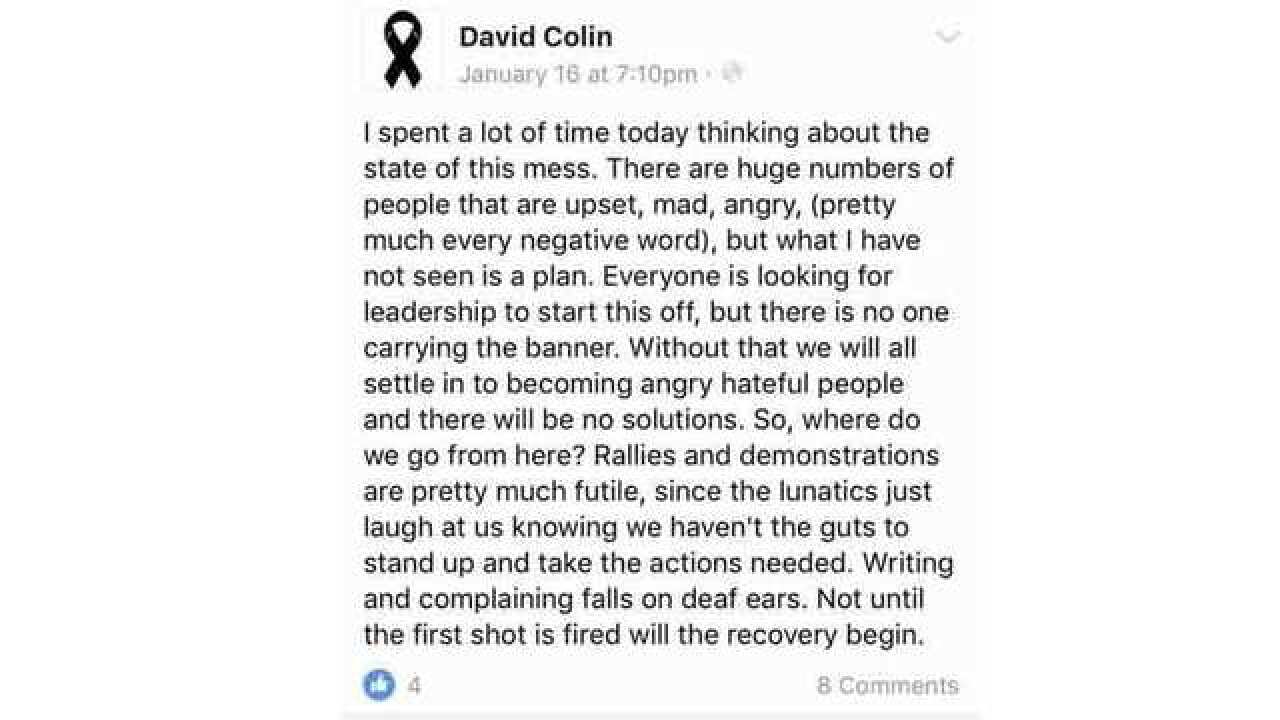 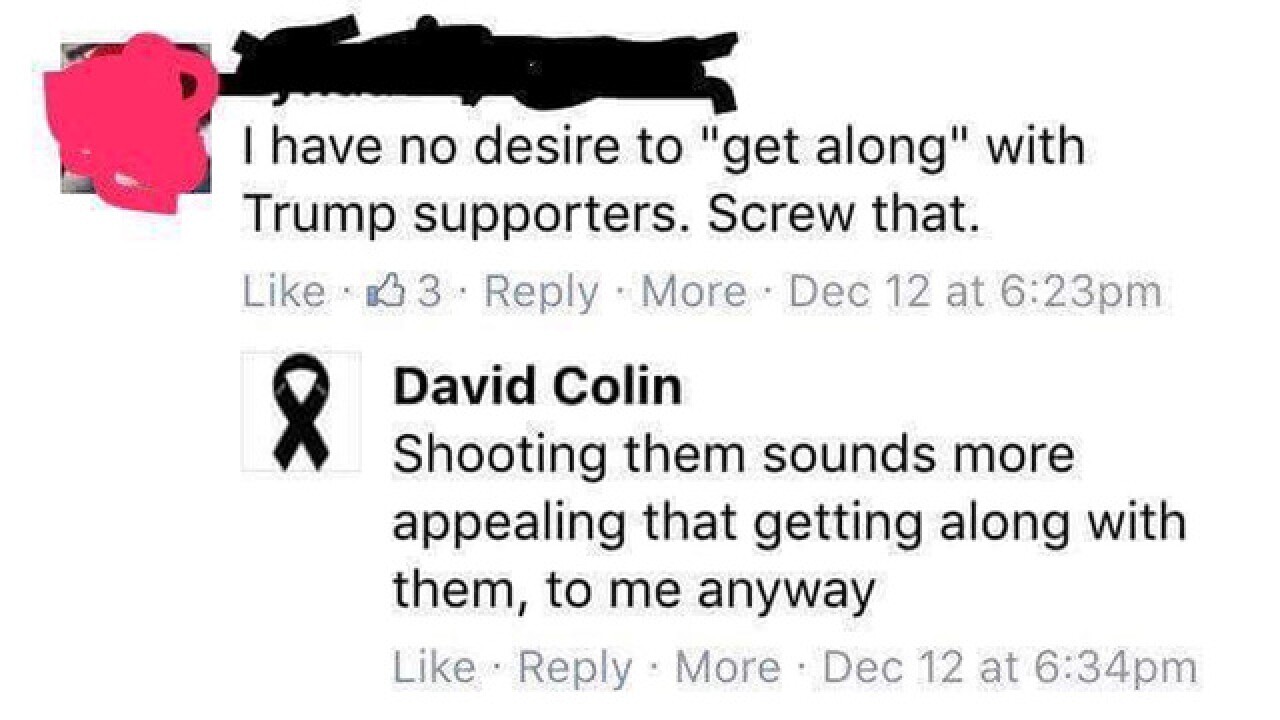 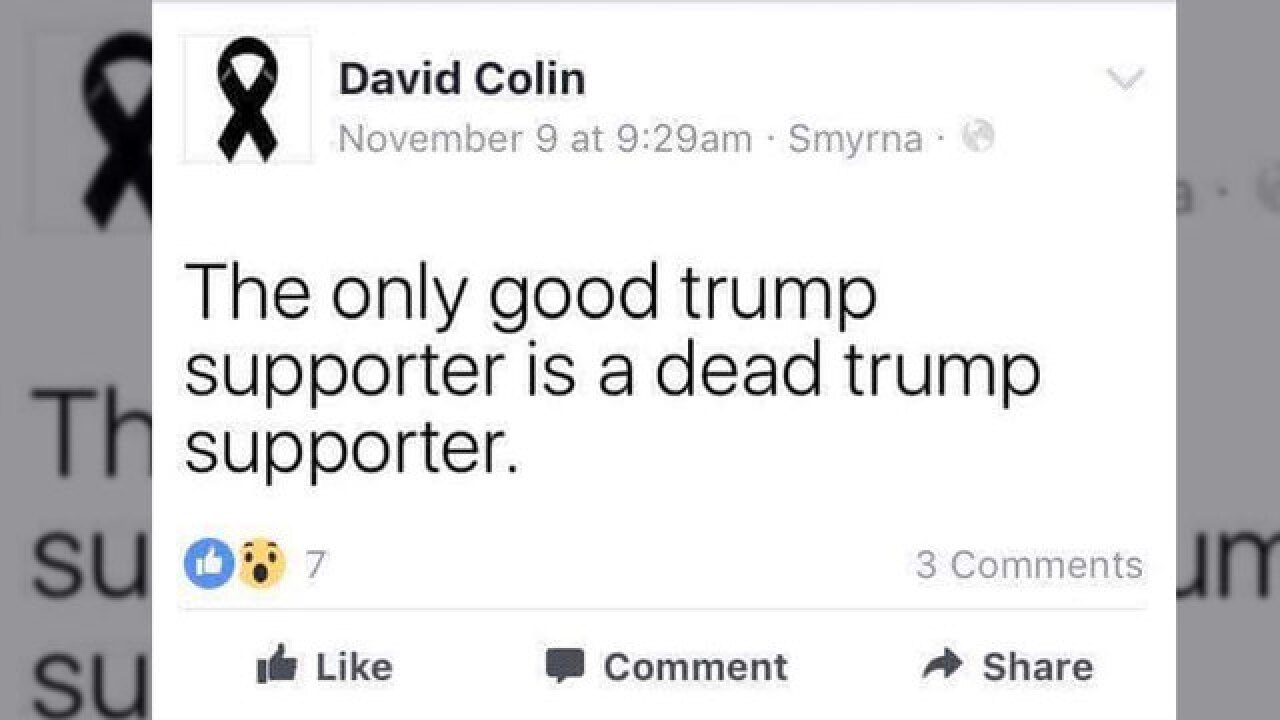 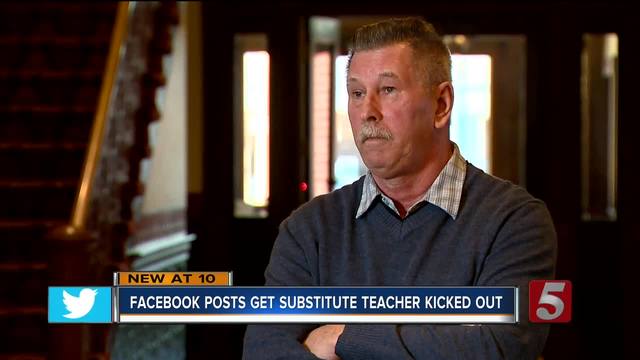 Some of the statements, purportedly made by David Colin, were posted in January and on November 9.

Replying to a different comment a month later, Colin posted: "Shooting [Trump supporters] sounds more appealing than getting along with them."

Speaking to NewsChannel 5, Colin admitted he posted those comments in the aftermath of a divisive election.

"That morning after, there were millions of volatile comments made by millions of people," Colin said.

He says he thinks a group of people dug up the Facebook posts he made after the election, following a separate political post he made to Sen. Bob Corker.  He says he has received threats after his post-election posts were uncovered.

"I don't want this to be about the posts, it's more about what comes after, using people's freedom of speech, and trying to use that to browbeat one side against the other," Colin said.
Asked if he would do everything the same if he had another chance, he said, "I'd probably phrase it a little bit differently, but i would still speak out."
Colin says he would never act out in real life, what he suggested online.

As of Thursday night, Colin was still employed by PESG, which contracts substitute teachers to Rutherford County Schools.

PESG officials said that Colin's behavior was "under investigation," and that he would not be placed in any schools at all, until the investigation was completed.