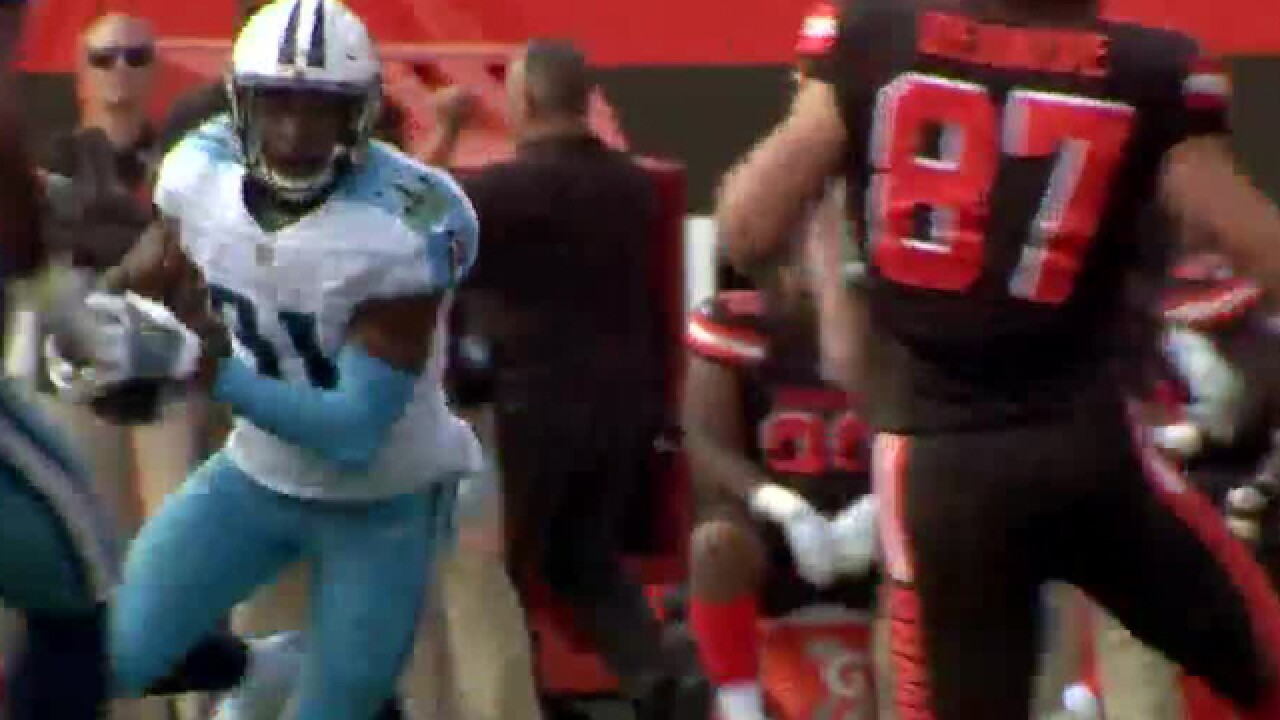 Ryan Succop's fourth field goal -- a 47-yarder with 1:55 left in overtime -- extended his NFL record for makes inside 50 yards to 55 straight and sent the Tennessee Titans to an ugly 12-9 win on Sunday over the winless Cleveland Browns, who also lost durable Pro Bowl tackle Joe Thomas with an injury.

Succop's clutch kick enabled the Titans (4-3) to get their second win in six days. Succop made five field goals in Monday night's win over Indianapolis. The Browns tried to ice Succop with a timeout, but his kick sailed through the uprights and the kicker was mobbed by teammates.

The Browns (0-7) committed 12 penalties and dropped to 1-22 in two seasons under coach Hue Jackson. Their troubles worsened as Thomas, a 10-time Pro Bowler, missed his first play in 11 seasons.