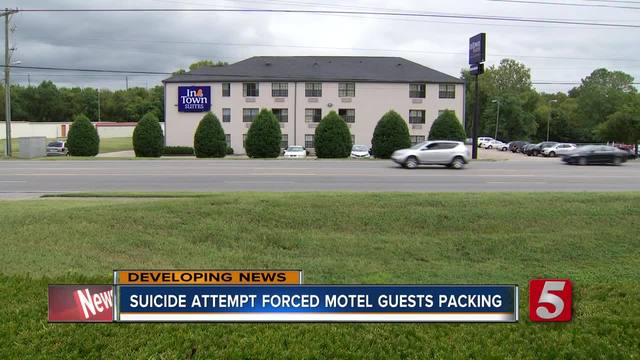 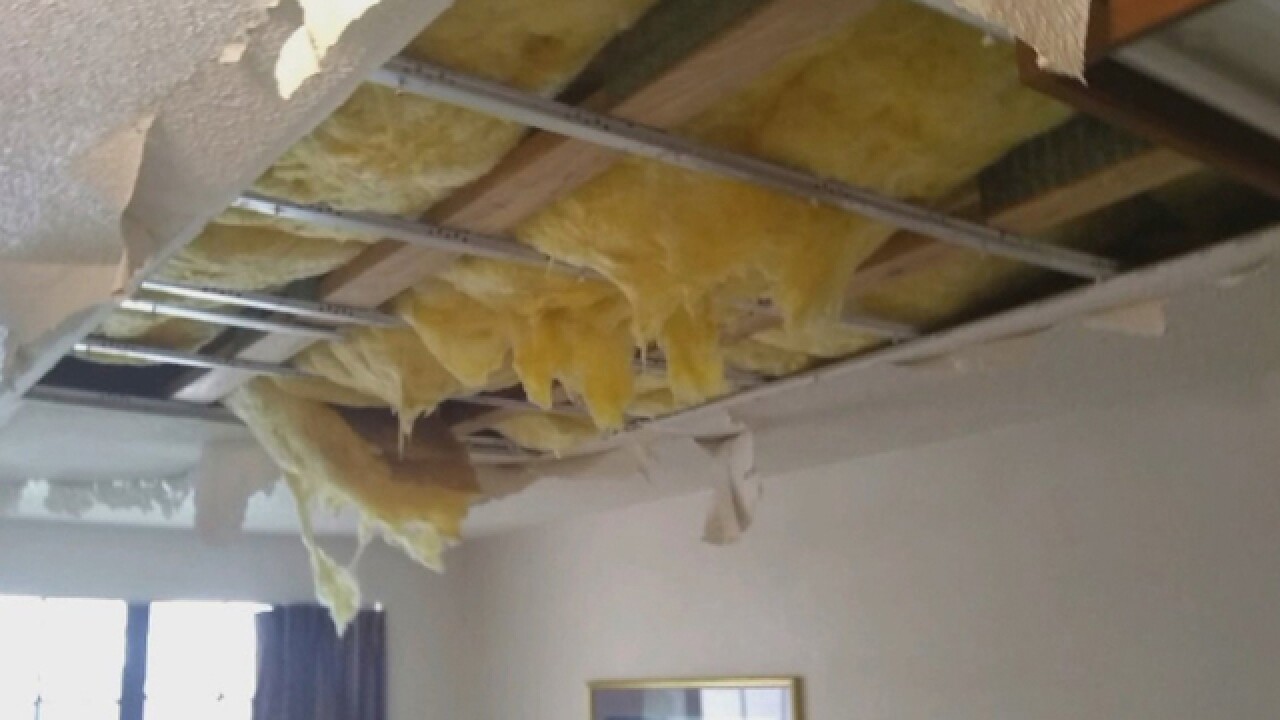 On Saturday, officials with the Metro Nashville Police Department said an 18-year-old girl planned to hang herself at the InTown Suites in Madison, but did not. She broke the sprinkler in the room, and water gushed out causing damage to 18 rooms.

At least $100,000 worth of property was affected. Water and electricity were out for at least one day. See photos at this link.

The incident forced several guests, including families, out of their rooms. Frustration mounted after guests expressed uncertainty on where they would be able to stay.

Guests pay every week or bi-weekly to stay at InTown Suites. However, for many like Sharon Barbie, they have relied on the extended stay motel for several months because they cannot afford anything else.

"It's a temporary, permanent place because you're stuck. Because you can't get any money to save up for a deposit even though you're working two jobs, but all you're doing is pay your rent every week," said Barbie. "This is not a hotel, this is a home."

As of Monday morning, guests said management moved them into other rooms in the building but claim prices are higher or the rooms cannot fit the entire family. Others questioned if they were able to get a refund or not and feared there would not be enough space for them.

"At this point we have a room full of clothes and personal items, and we have no idea what we're going to do with it," said one guest who chose to hide his identity. "We don't really have the finances to move into another place "

A representative for InTown Suites told NewsChannel 5 the company is doing everything it can to accommodate all of the guests affected. A possible option would be to move them to a different property.

The spokesperson said guests sign an agreement that said the company is not responsible for personal damage.

According to the Tennessee Department of Commerce & Insurance, it is likely going to depend on who, if anybody besides InTown Suites, has any coverage.

The 18-year-old is facing some charges including facilitation of vandalism and public intoxication.

One of the guests who spoke to NewsChannel 5 said if anyone wanted to help the family to contact 615-505-4185.