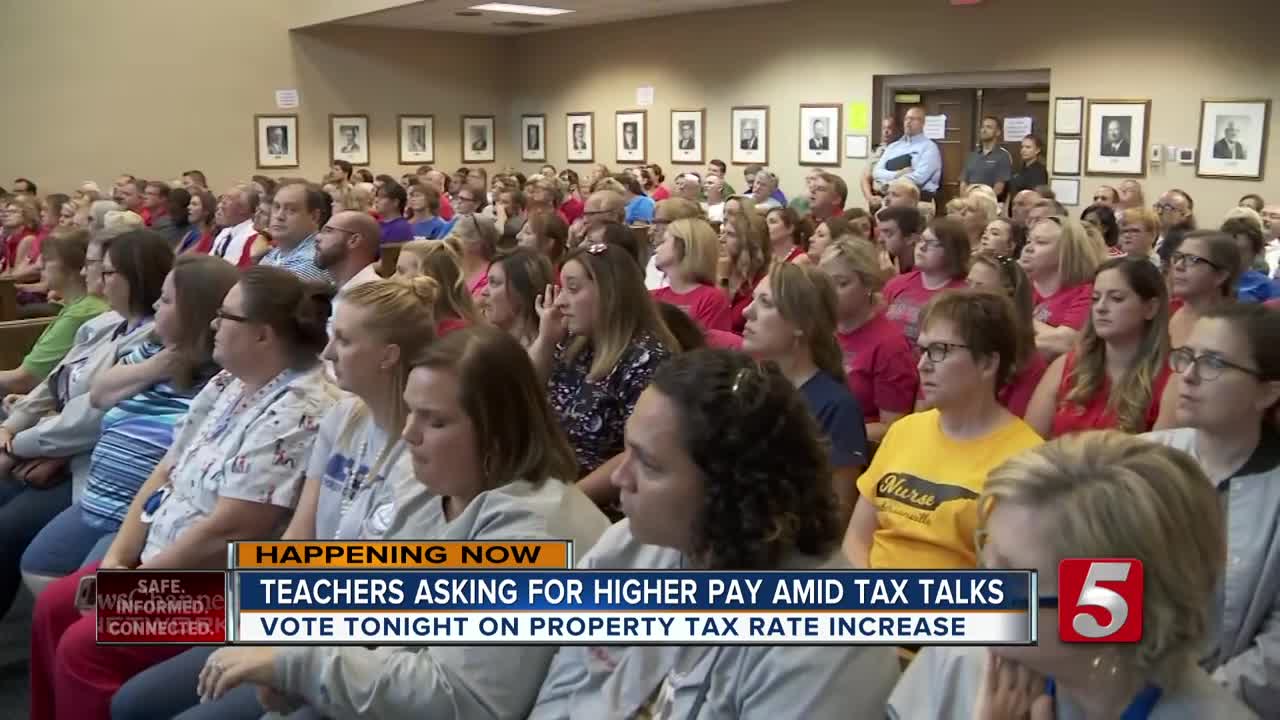 Teachers packed the room of a Sumner County Commission meeting, asking that a proposed property tax increase be used to give educators a raise.

HENDERSONVILLE, Tenn. (WTVF) — Teachers packed the room of a Sumner County Commission meeting, asking that a proposed property tax increase be used to give educators a raise.

Dozens of people spoke during the meeting, many of them fighting the increase but some said they agreed with it.

"Most landlords I believe in Sumner County have a agreed that whatever is passed here tonight we will pass along to the tenants. The tenants who don’t want to live here anymore because they can’t afford it, they’ll just have to move out," said property owner Kurt Jahnke.

However, teachers in the county say they should also have piece of that pie, and asked not to be left behind. A beginning teacher salary in Sumner County is $36,100. They asked for a $4,000 raise for teachers and certified staff.

Teachers and educators packed the administration building. Many even listened to public discussion from the rotunda because there were no more seats, 28 people were schedules to speak.

One by one people went to mic, some saying no to a tax hike because it would lead to an increase in cost and mass exodus.

Many argued to raise teacher pay or balance the budget with money the county should have from previous tax increases in the past not a new one. The county raised property tax to 23% in 2014.

The meeting ended at about 1:00a.m. Tuesday. The county has until August 31 to pass a budget.