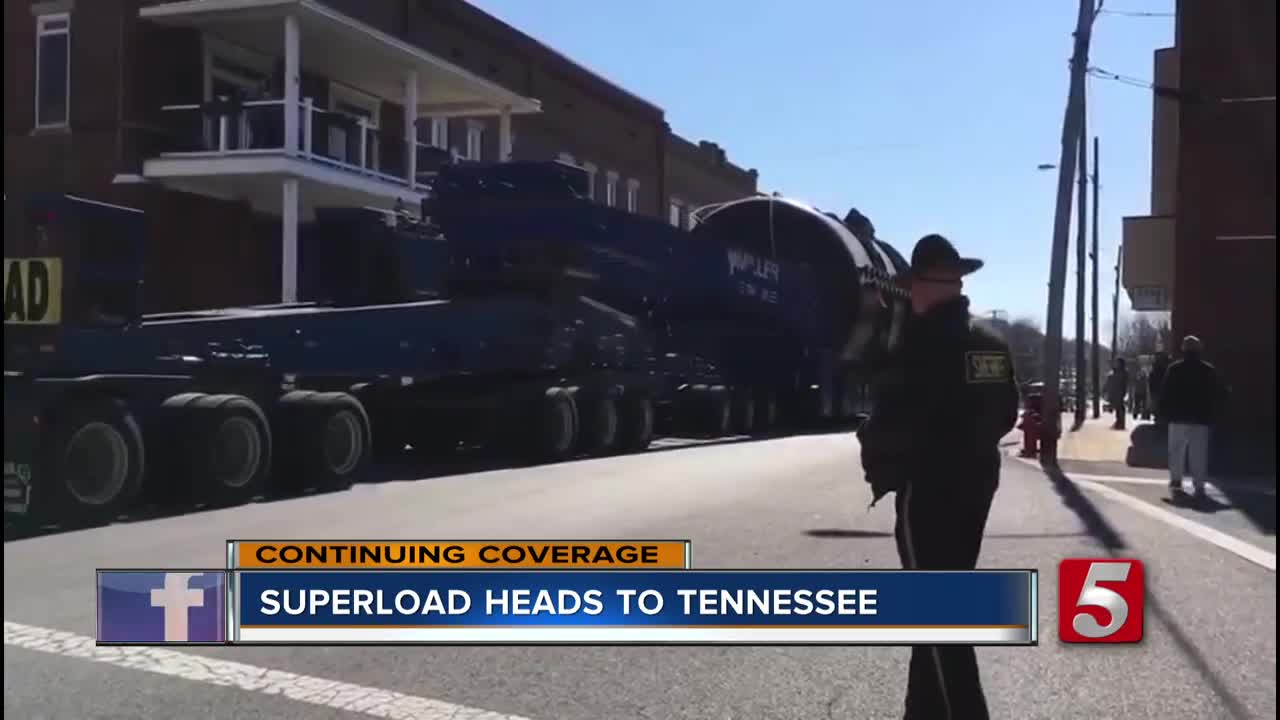 The superload in Trigg County, Kentucky will hit the road again on Monday. 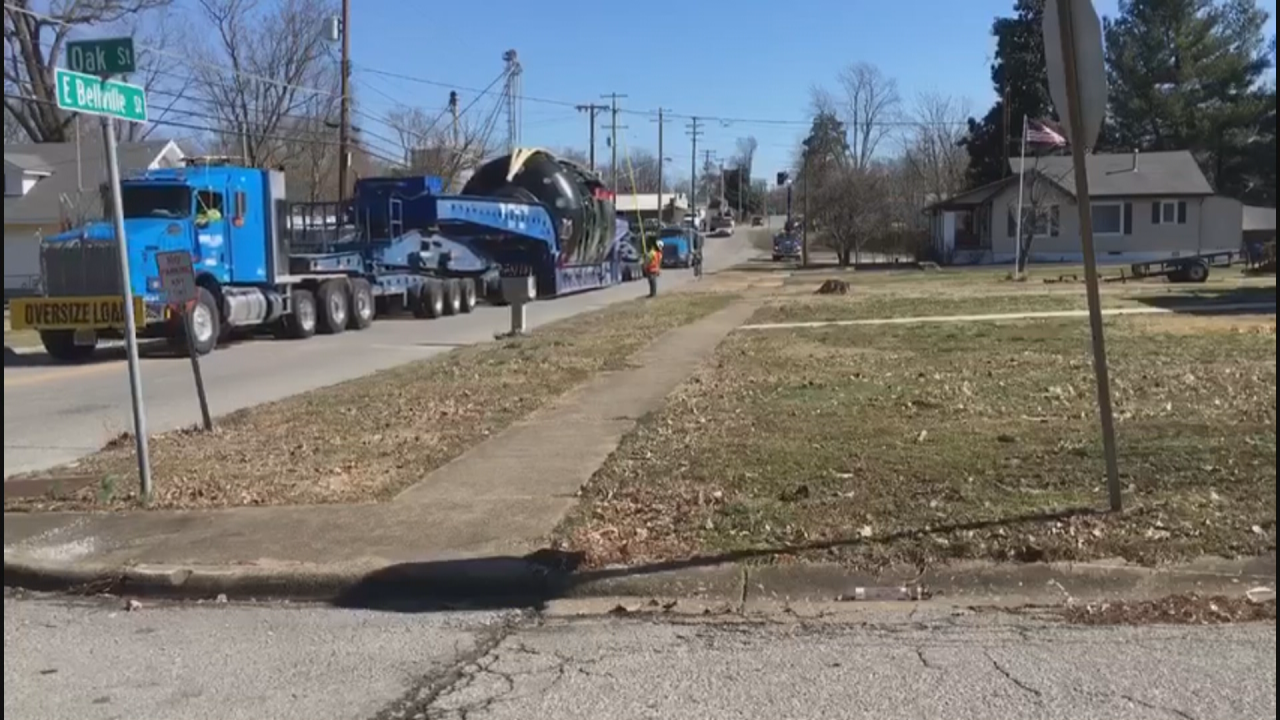 (WTVF) — The 200-ton superload will continue making its way through Tennessee on Thursday.

The plan today is to go through Perry, Hickman, Lewis and Lawrence counties. That means they will leave Linden and take the long way to get to Hohenwald before passing down toward Lawrenceburg.

On Friday, if they stop in their expected stopping point, they will travel through Lawrenceburg and avoid the center of town by using State Route 242. They will then head south on Highway 43, passing through Leoma and Loretto before crossing into Alabama.

The 195-foot long truck and about a dozen support vehicles are traveling from Cincinnati to Aberdeen, Mississippi.

The crew traveled through Stewart County on Tuesday, starting on State Route 120 and traveling down Highway 79 to the Dover area. The load stopped overnight in the town of Erin and picked back up its travels on Wednesday morning. It stopped in Linden ahead of schedule around 1 p.m.

The superload only moves 5 to 10 miles an hour. On Friday, it took the crew nearly four hours to haul the oversized chemical storage tank 50 miles through Kentucky.

Crews think it will take them about four days to get through the Volunteer State before crossing into Alabama. Impacted counties include Stewart, Houston, Humphreys, Perry, Lewis and Lawrence.