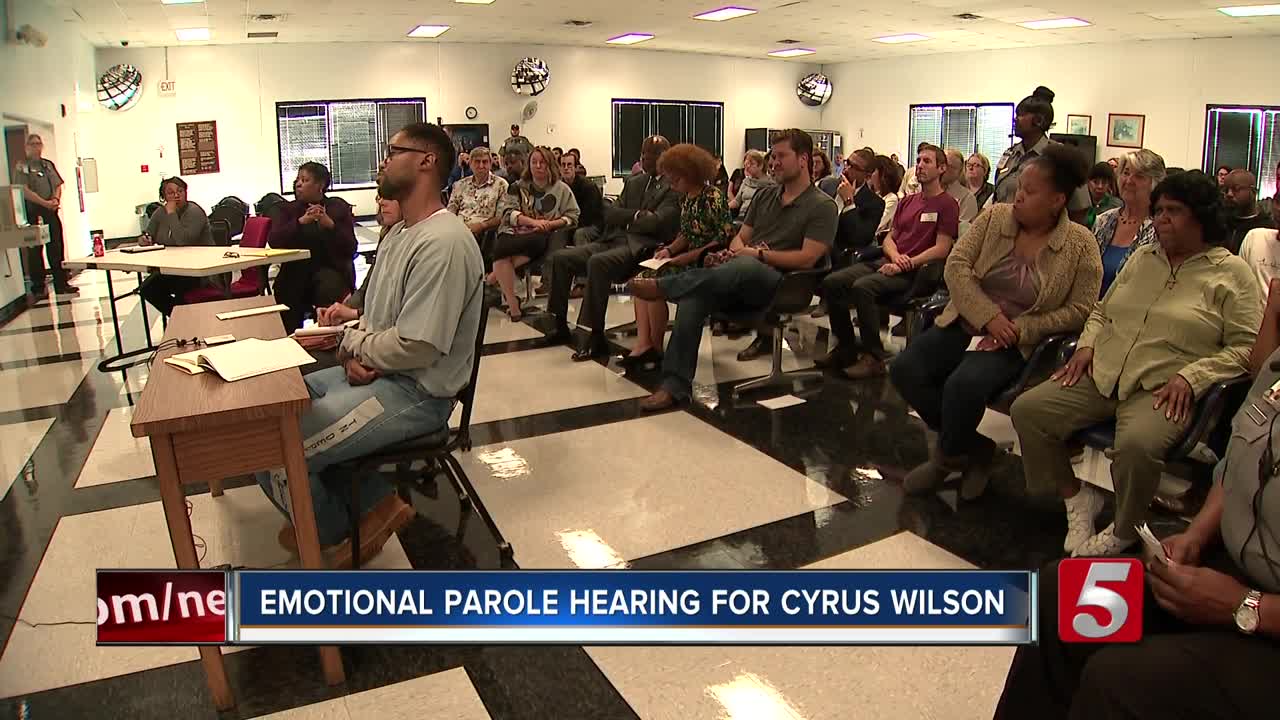 Nashville native Cyrus Wilson is currently serving a life sentence for a 1994 Edgehill murder, a murder he says he didn't commit. He and his family hope he'll be granted parole next month, given that two witnesses have recanted their testimony. 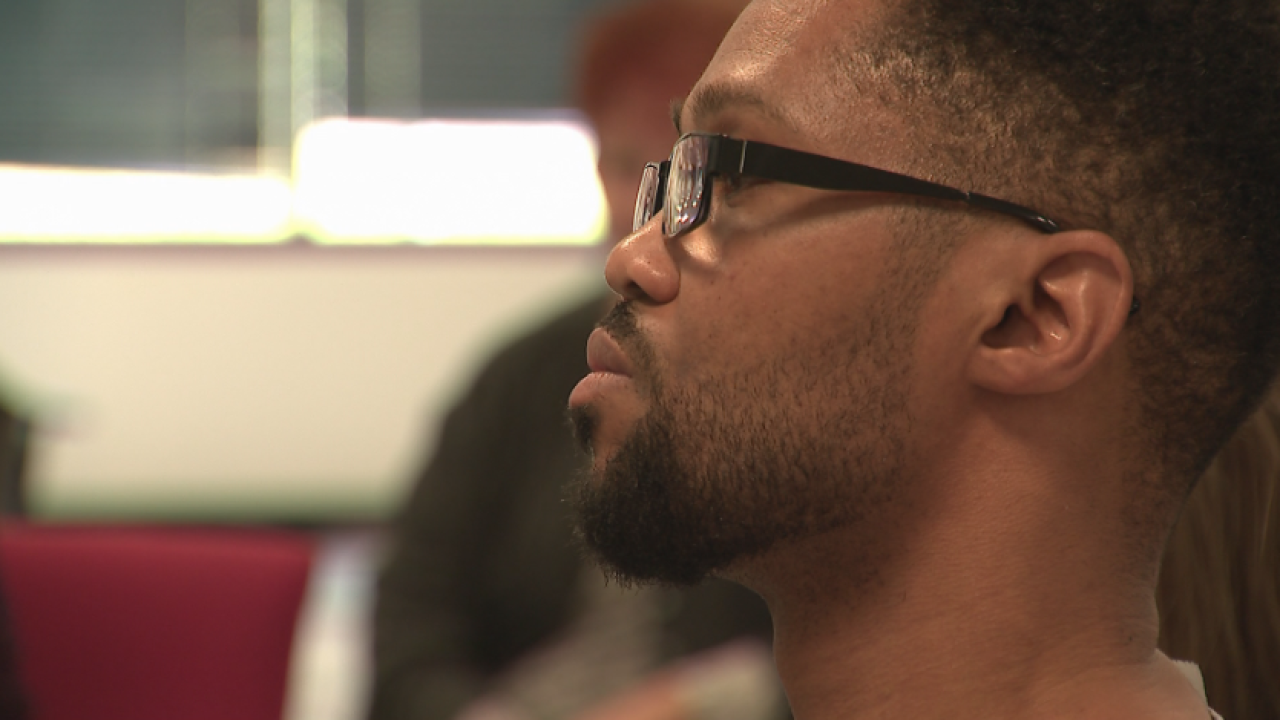 NASHVILLE, Tenn. (WTVF) — Nashville native Cyrus Wilson who is currently serving a life sentence for a 1994 Edgehill murder hopes to be granted parole next month.

On Wednesday morning about 100 family, friends, and supporters packed Wilson's parole hearing waiting to hear the vote of a Tennessee Board of Parole member.

Board of Parole member Gary Faulcon recommended that Wilson be granted parole under five recommendations including he enter a half-way house, take random drug screenings, and do community service until employed or accepts a full-scholarship offer to attend American Baptist College. Wilson needs three more votes granting him parole. There are seven board members.

In 1994, a jury found Wilson guilty in the shooting death of another Edgehill teenager Christopher Luckett. Decades later, two alleged witnesses had recanted statements they made saying they saw the shooting. Wilson's attorney said there is now no evidence connecting Wilson to the shooting.

He has maintained his innocence since his arrest and spending 27 years in prison serving a life sentence.

During Wilson's hearing his daughter, pastor, president of American Baptist College, and lawyer spoke in front of Faulcon.

Wilson also spoke thanking the board for the opportunity and also acknowledged the family of the victim, Christopher Luckett.

"Given my case, I also wanted to say that it's not lost on me that a life was lost and that I can't speak to how the family of the victim must feel and how they deal with that even with me continuing to profess my innocence. I'm sure there can be some ambivalence about that and how that process is somehow validated or there is closure or they feel like justice was served," he said.

When Cyrus Wilson's daughter spoke she said although Wilson was not her biological father he has impacted her life.

"Cyrus has taught me very valuable and important life lessons and has helped me get through the basic struggles of being a teenager. He has helped me deal with heartbreaks, depression, school decisions, anxiety, and so much more. He has kept me grounded and pushed me to get me to where I am now. He is the foundation of our family," said Kaylee Greer.

"I met Cyrus Wilson in our Inside Out program. I found Cyrus Wilson to be the most deeply committed person to his being. He loves life, loves people, and he loves that which nobody can take away from him, his own inner most freedom. If and when he is released he has a full presidential scholarship from American Baptist College," president Forrest Elliot Harris Sr. said.

Wilson's case will be reviewed over the next few weeks by other Board members and then he is expected to learn of a final decision.