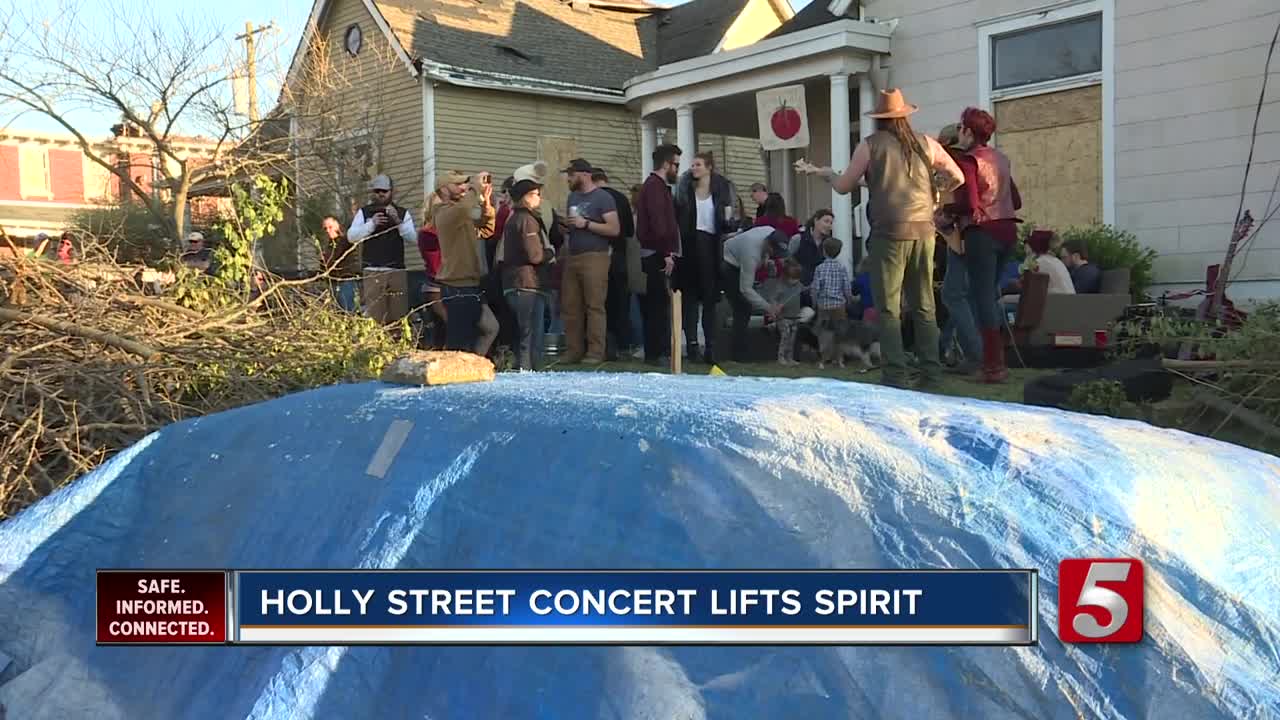 NASHVILLE, Tenn. (WTVF) — An East Nashville band set up a make-shift stage on Saturday, playing a concert for neighbors and people volunteering with tornado relief efforts.

The band, Catfish Seminar, performed for a little more than an hour while surrounded by boarded up windows and mounds of debris. The concert was near 16th and Holly, one of the hardest hit areas in East Nashville.

Saturday's concert was at a neighbor's birthday party, and was actually an encore performance. The first was Wednesday across the street at Brad Price's house.

"This is what it's supposed to be about right now," Price said pointing at the band. Price wasn't home when the tornado hit, but his two kids were. The storm demolished his house.

"It was smaller group, it was very impromptu," Price said when asked about the first concert.

"My neighbor that used to live here found a broken guitar and then Andi [Catfish Seminar Lead Singer] said, 'Can I take the guitar and fix it up?' And my neighbor said 'Absolutely, if you come back and play for us.' Sure enough, they showed up Wednesday night."

For neighbors the concert was a chance to get back to normal, even if it was just for one set.

"This is what we're used to, this is what East Nashville is about," Price said. "It's going to take a little bit more than a tornado to get me out of here."