Suspect In Custody After Madison Standoff

A suspect was taken into custody following a standoff in Madison that lasted for hours overnight.

A suspect was taken into custody following a standoff in Madison that lasted for hours overnight.

The incident began late Monday night at a home on Florence Avenue.

Officials with Metro Nashville Police said a man and woman went to the home of Thomas Krasnow shortly after 10 p.m. to repossess his truck. 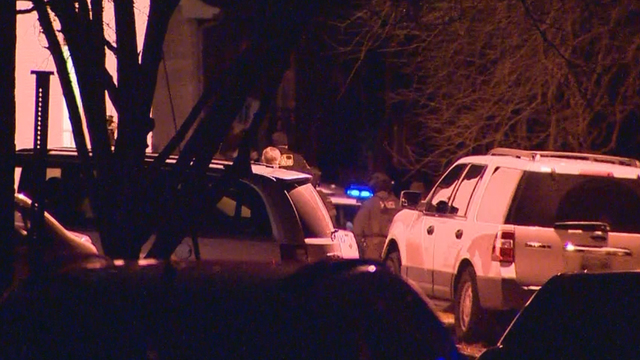 They told police he threatened them with a handgun and allegedly punched the woman in the face before vandalizing a truck.

At that time, Krasnow reportedly went inside the home, threatened to get a shotgun, and barricaded himself inside.

Police blocked several streets and did not allow anyone beyond the perimeter. Residents on the same block as the suspect's home were asked to stay indoors.

I'm told by police there are no hostages. Residents who live around the area blocked off aren't allowed in. @NC5 pic.twitter.com/4Tt1DkSLe3

Nearly seven hours later, a peaceful resolution was finally reached. There were never any hostages involved.

After several flash bangs and failed negotiation attempts, SWAT officials rushed their way into the home. Krasnow did not resist and was taken into custody.

VIDEO: A closer look at the home. Spoke to a neighbor who lives across the street. "I couldn't go to bed." @NC5 pic.twitter.com/1OPhmfE5AE

He was sent to an area hospital as a precaution.

Police said he’s a convicted felon and had an outstanding warrant on him for harassment.

He was booked on multiple charges, including two counts of aggravated assault, vandalism, harassment and felon in possession of a firearm.