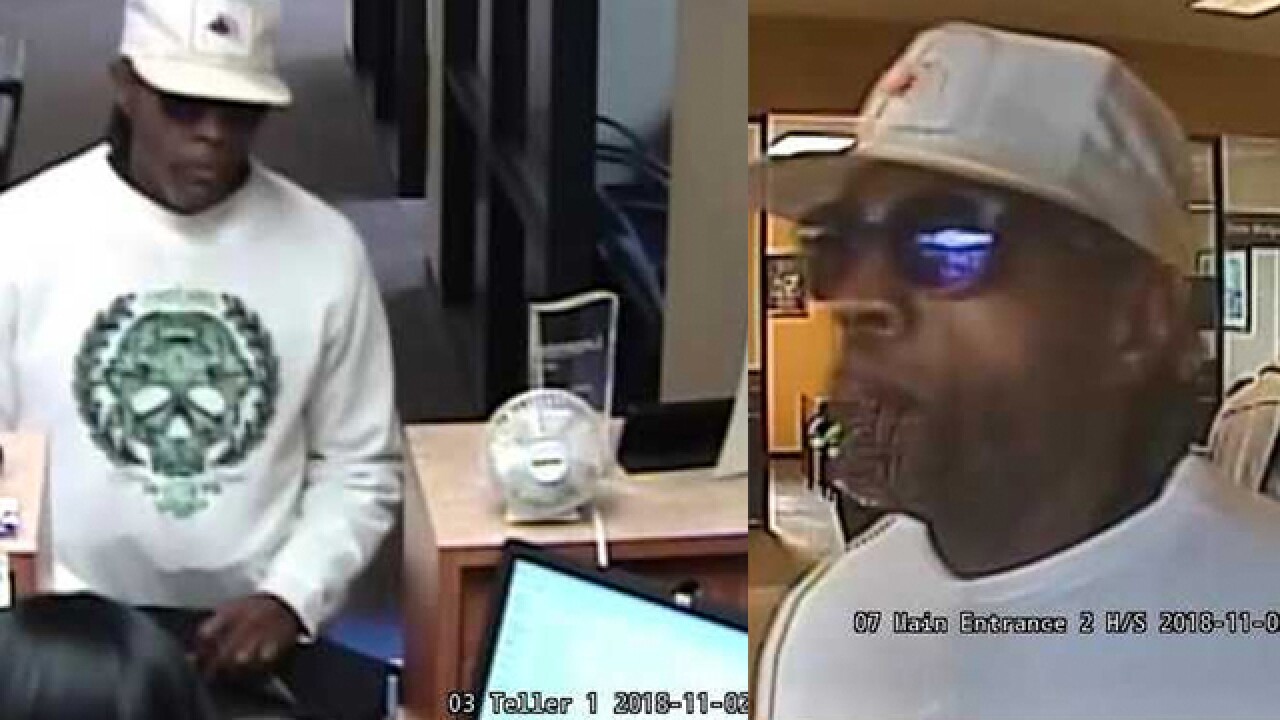 Police have asked the public’s help in identifying a suspect in connection with a bank robbery in Nashville.

The incident happened at 9:30 a.m. Friday at a U.S. Bank on Murfreesboro Pike.

Officials with Metro Nashville police said he handed the teller a note demanding money. They said he put his hand inside a bag indicating that he had a weapon, although none was seen.

He was last seen fleeing on foot behind the bank.

The suspect appeared to be in his 60s.