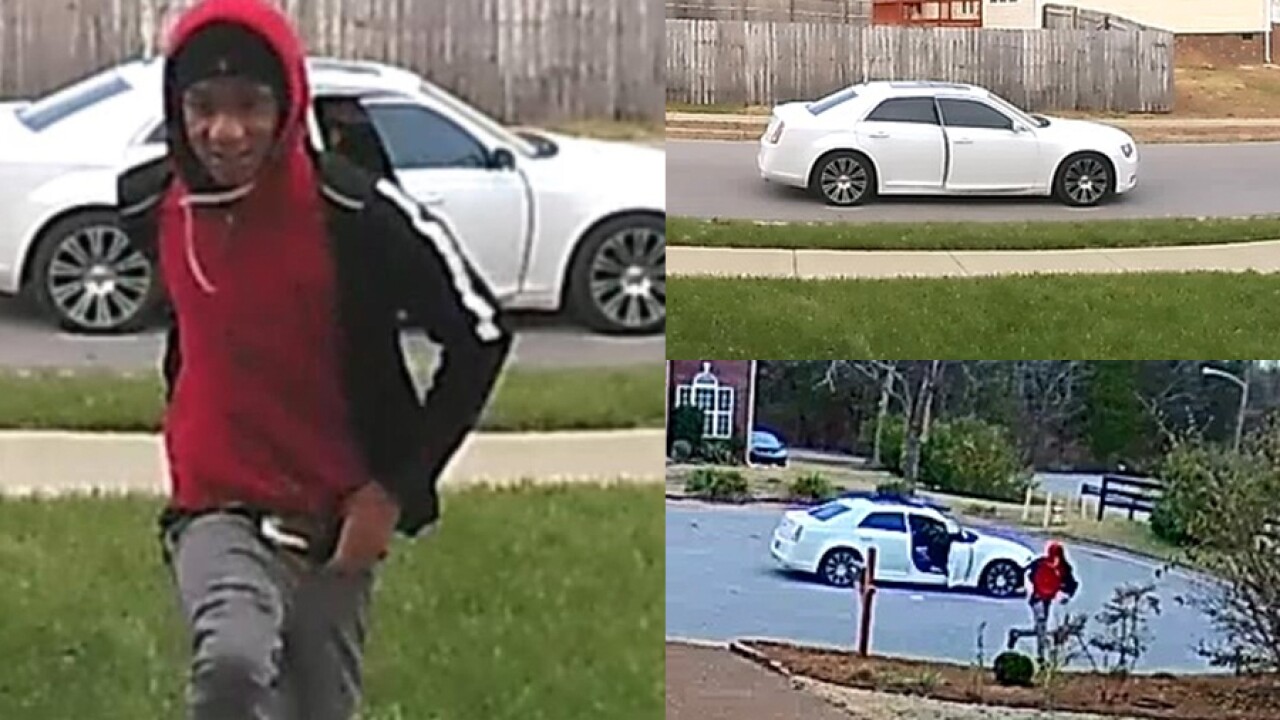 Metro police said the suspect was seen on home surveillance last Tuesday afternoon. He’s accused of taking packages from two residential porches in the 2400 block of Bayview Drive and the 4900 block of Secretariat Drive.

Police said in both cases, he was a passenger in a newer model, white Chrysler 300 with silver rims.

Anyone recognizing him should contact Crime Stoppers at 615-742-7463. Callers can remain anonymous and qualify for a cash reward.