TDOT: I-24 to be closed until March 15 after landslide 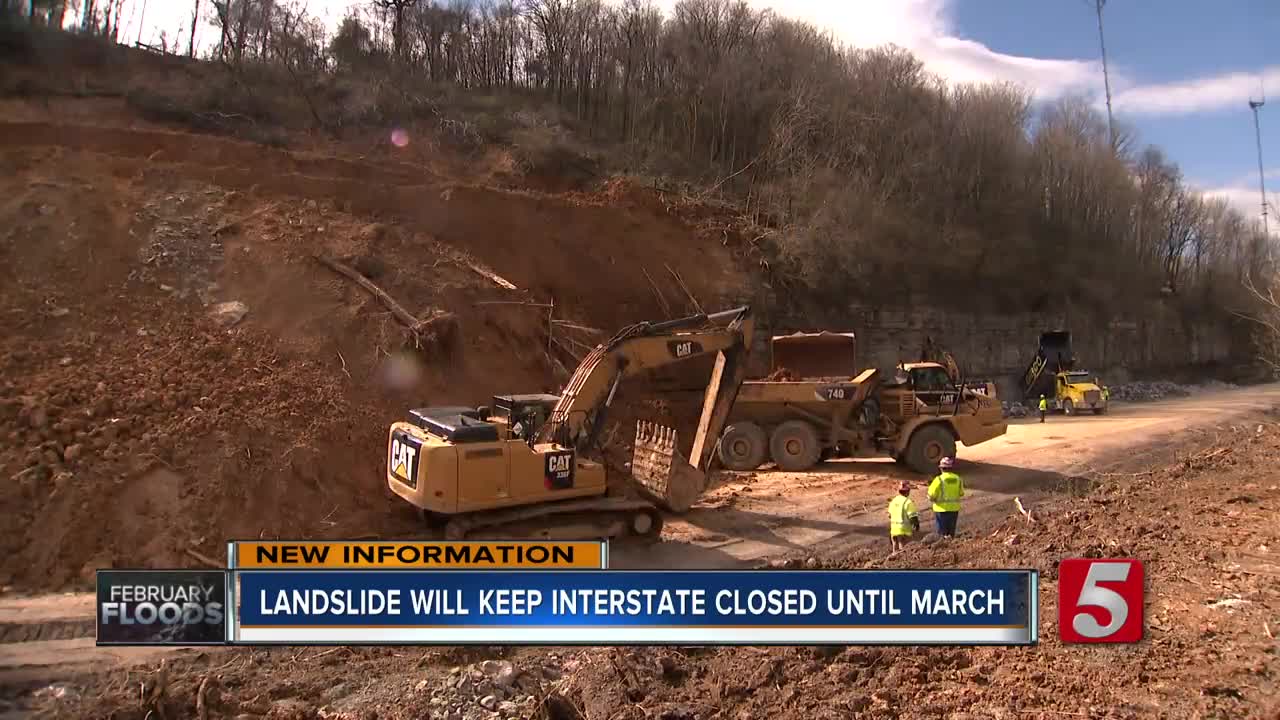 The Tennessee Department of Transportation is expected to give an update on the landslide that’s closed a portion of Interstate 24 in Nashville. 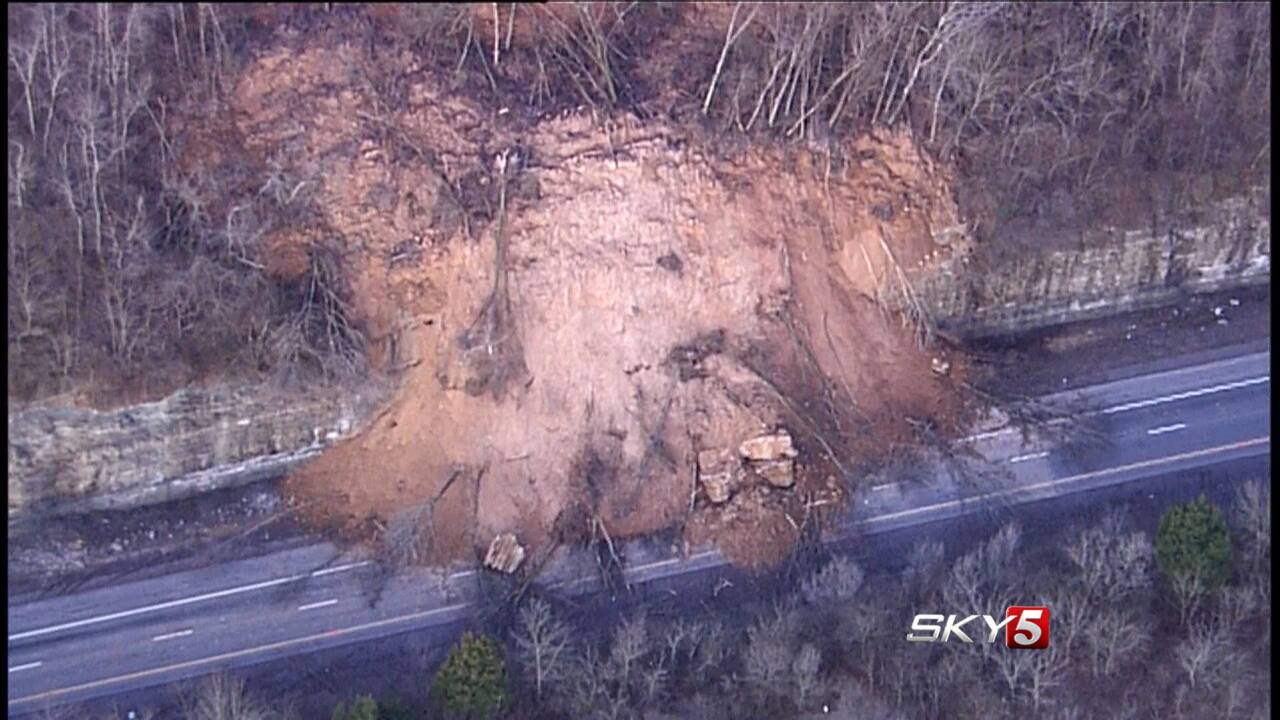 NASHVILLE, Tenn. (WTVF) — Interstate 24 will be closed until at least March 15 while crews work to build a temporary lane shift after a landslide blocked the road over the weekend.

The landslide was reported Saturday evening between Old Hickory Boulevard and Briley Parkway.

Assistant Chief Engineer Will Reid said the situation will take some time to resolve, adding the material they're having to move is "extremely unpredictable." Some 50,000 yards of material has to be removed from the hill before they can create a permanent fix -- that's 5,000 dump truck loads.

This is one of 27 slides across the state TDOT is working on. It will take 5,000 dump truck loads to remove this soil and debris from I-24 pic.twitter.com/sa30mJr1iF

TDOT said they have a three-pronged plan to address the issue. They first have to remove the material, which was still moving as of Wednesday morning, from the hill.

The second phase of the project will close the interstate until at least March 15 while crews shift the roadway. Finally, crews will build a permanent ramp to prevent additional slides.

This is one of 27 slides across the state.