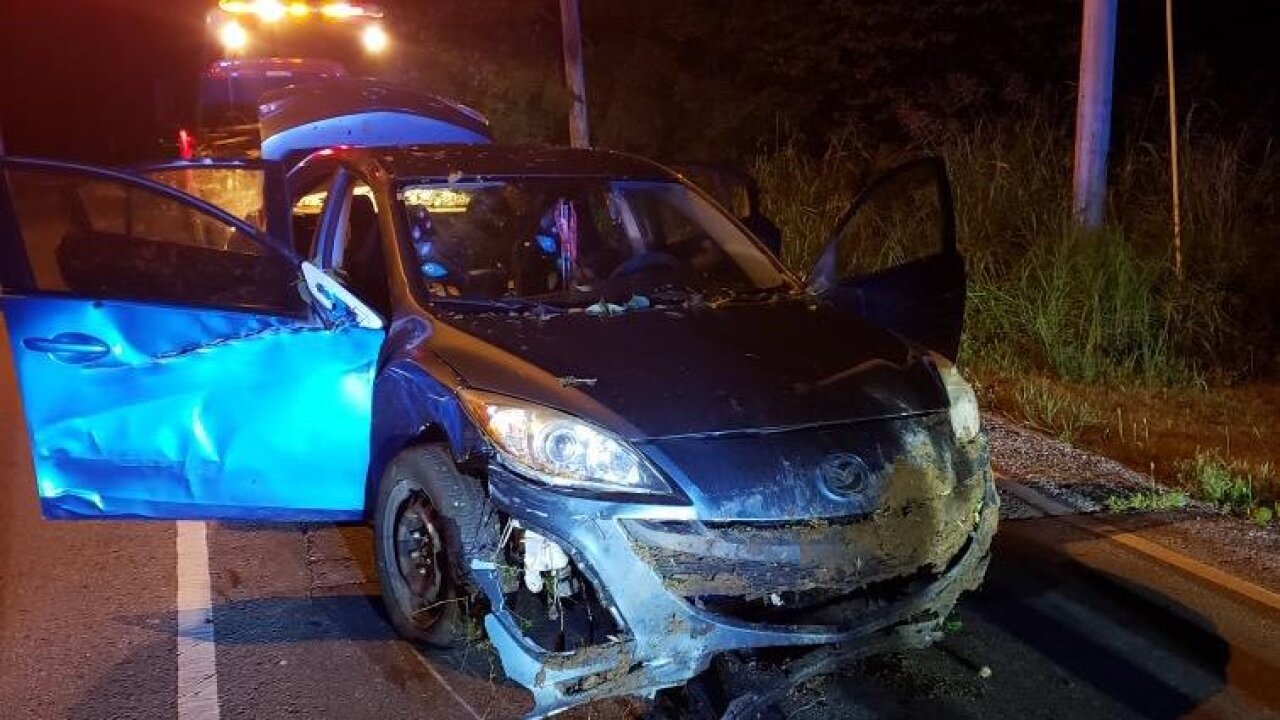 According to police, the teen stole a Mazda from the Willoughby Station neighborhood around 3:30a.m. The car was unlocked and its keys were left inside, police said.

Investigators said the teen was spotted as they responded to the reports of car burglaries. The teen took off, police said, and eventually crashed near South Greenhill Road and West Division Street.

Officers said the teen ran from the crash scene, but they eventually caught up with him.

Police said a second vehicle was also stolen in the series of burglaries, but hasn't been found.