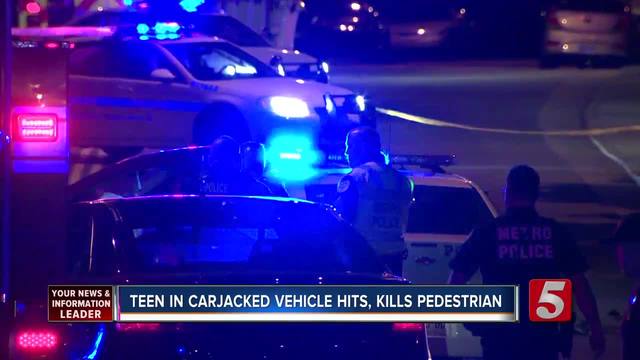 A 17-year-old was arrested on numerous charges after allegedly hitting and killing a pedestrian while driving a carjacked vehicle. Authorities said the teen carjacked a 2012 Kia from a victim on Peach Creek Crescent off Stewarts Ferry Pike just minutes after midnight early Sunday morning. 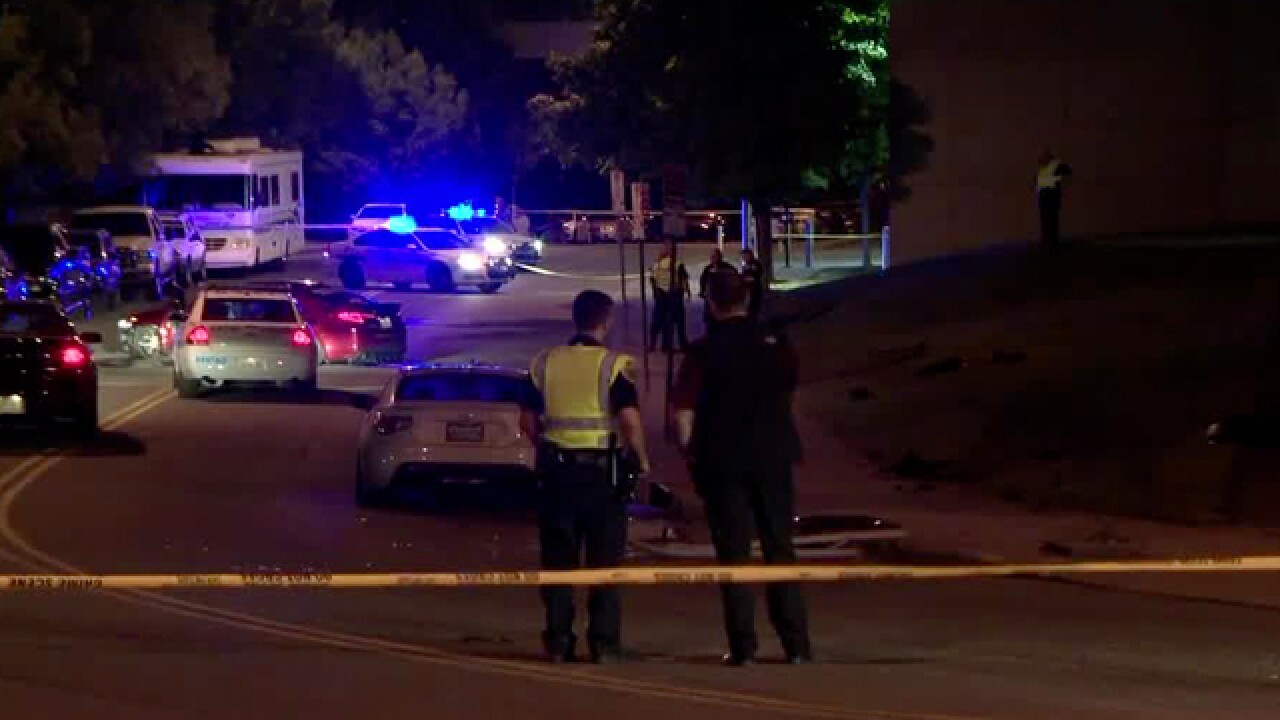 A 17-year-old was arrested on numerous charges after allegedly hitting and killing a pedestrian while driving a carjacked vehicle.

According to officials, a witness of the carjacking got into a vehicle and followed the Kia on Interstate 40. The Kia was reportedly traveling at a high rate of speed, and the witness called emergency officials, giving updates on the Kia’s location.

An officer saw the Kia around 12:36 a.m. Sunday and a chase began, but it only lasted a short distance for less than 30 seconds.

The teen driving the carjacked Kia tried to turn left at the intersection of 1st Avenue and Gay Street when the vehicle hit a curb, went across Gay Street, and drove onto the sidewalk.

The vehicle hit and killed a pedestrian who died at the scene. The victim was identified by police as 24-year-old Corey Joseph Taylor, of Arkansas.

Police said the 17-year-old then fled on foot with a pistol in his hand. He jumped down a steep, wooded embankment leading to the Cumberland River.

Officers then manned a boat in the riverbank area, and the teen was taken into custody around 5:35 a.m.

He was first taken to Vanderbilt University Medical Center due to injuries he sustained jumping onto the embankment, and he will be taken to juvenile detention after being released from the hospital.

"I feel sorry for the family. That's really unfortunate for someone to be going out to have a good time downtown and to expect to have fun and relax and not go home," Donelson resident Catt Damon said about the victim.

Damon lives where the carjacking happened.

"It has been a quiet area. It's had its issues like other places. Everyone stays to themselves. Everyone is usually nice around here, which we've noticed as a family being here. I have rarely had a problem out of this place," he said. "It's sad. I mean, it's just sad."

The teen is facing multiple charges, including vehicular homicide by recklessness.